While sanctions against Russia have been pretty much anodyne to-date in direct economic impact terms, there are indirect effects worth considering that are worrying from the economy's perspective. Some of these are boiling down to capital flight vs inflows of funds from external balance of trade. 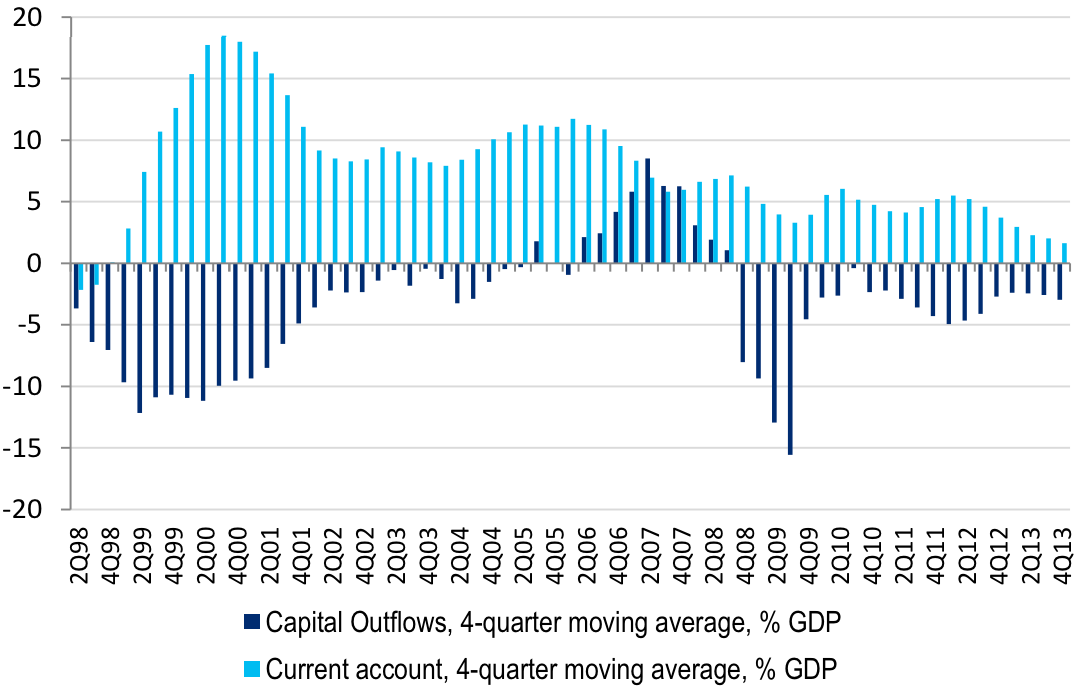 While we do not have full Q1 2014 data in what we do know is that outflow of capital has accelerated on Ukraine/Crimea news. Here's one report putting full year 2014 estimates at USD130bn so far, double 2013 recorded official outflows: http://www.themoscowtimes.com/business/article/goldman-puts-2014-capital-flight-at-130bln/496228.html. And the Central Bank has so far promised not to impose controls on outflows: http://www.reuters.com/article/2014/03/18/us-ukraine-crisis-capital-idUSBREA2H0NH20140318.

On the current account side, so far, there should be little impact. Gas flows to Europe not only remained un-impacted by the Crimean crisis, but through March 10th, these actually averaged a rise month-on-month, from around 440 thousand cubic meters per day in 2013 to around 476-477 thousand cubic meters. But the problem is that much of shipments via Ukraine is currently accumulating in the arrears account, which is hard to close in the environment of a crisis. Should Ukraine default on payments to Russia or delay these significantly, the current account side of the above funds flows will be hammered. In 2013 alone, absent the standoff in Crimea, Ukraine's unpaid arrears to Gasprom stood at USD3.3 billion. This was partially covered by a payment of USD1.28 billion made on February 14th, with current arrears of USD1.99 billion still outstanding for the balance on 2013, plus January-February 2014.

The overall arrears on Naftogaz (Ukraine's state gas imports agency) are a problem and are likely to feature in the IMF funding deal to be struck before the end of this month. Whether or not the IMF forces Ukraine to default (partially or fully) on its gas imports-related arrears is unknown, but there is some possibility this might happen.

However, as is (above chart), since 2013, Russian current account surplus already no longer covers capital outflows, which explains much of the rouble weakness in 2013 and ongoing weakness in 2014.

So what is the possible impact of the risks to gas and oil trade from Russia on Russian economy? Here are some points:


Mitigating factor to all of this is the South Stream pipeline which is scheduled to ship 63 bcm of gas cutting Russian exports transit dependence on Ukraine to roughly 50 bcm and is set to become operative around 2015.

Either way, the problem for Russia in the short term is capital flight. If Estimated losses of capital in Q1 2014 are to run at USD60-70 billion (note: Capital Economics forecasts the latter figure), given stagnant or declining current account surplus, monetary authorities have three tools at their disposal: 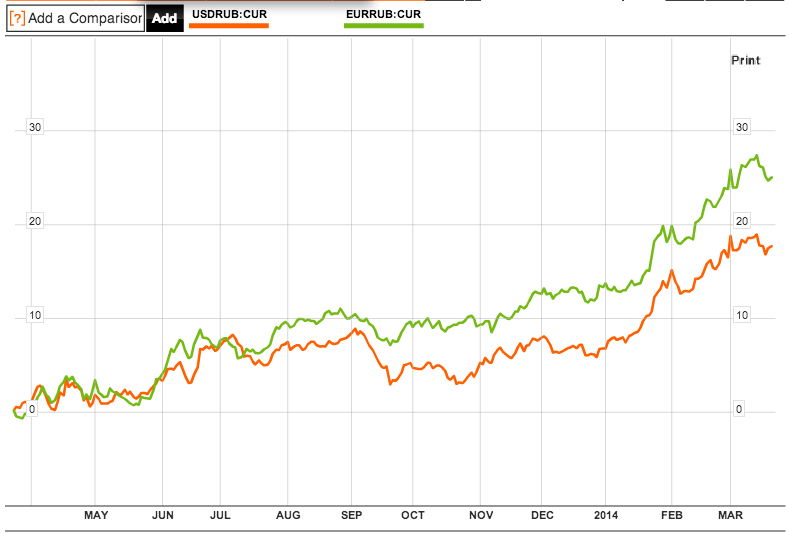 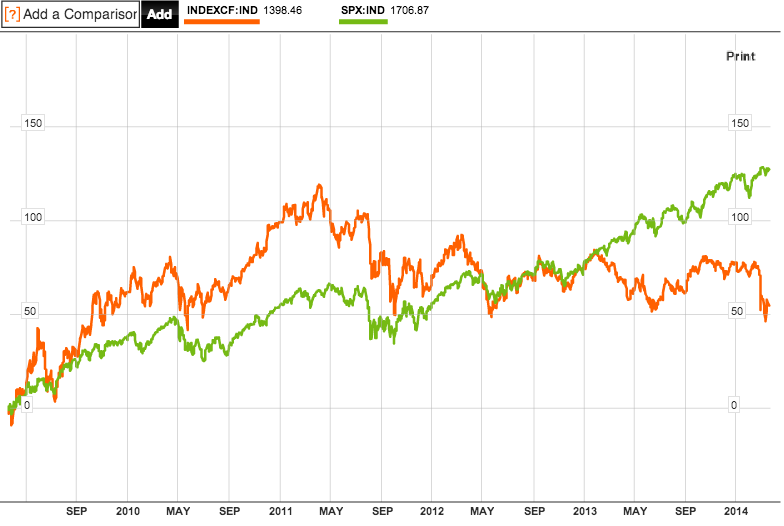 Which means that all three measures will be tried, with primary emphasis on devaluation. This in turn means that the investment case for Russia is still weak, despite a significant fall-off in equity valuations. Bottom fishing is some time off for investors.
Posted by TrueEconomics at 10:06 AM