In February 2014, Ipsos conducted a survey across the EU states covering voters preferences for the long-term policy they saw fit their country in relation to the future of the EU. Here is the summary of the results: 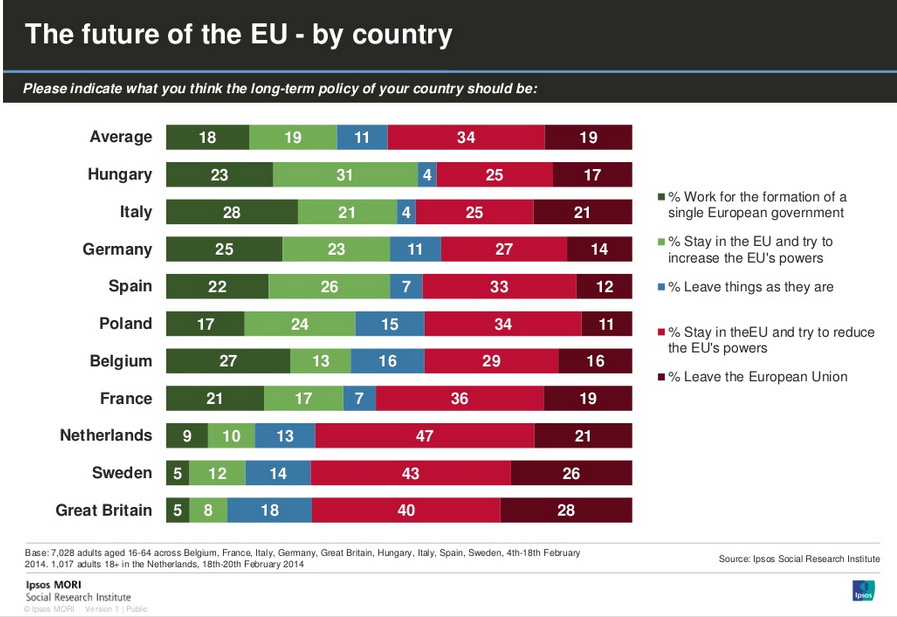 So here are top conclusions:

Posted by TrueEconomics at 7:32 PM