This is a third post on the 2013 national accounts.

Remember that boisterous claim by the Irish Government that our economy is growing at rates faster than the euro area average? Eurozone GDP down 0.4% y/y in 2013. It is down 0.65% in Ireland.

But aside from that, QNA also provides a look into the dynamics of domestic demand, which gives a much more accurate picture than GDP and GNP as to what is happening on the ground in the real economy. 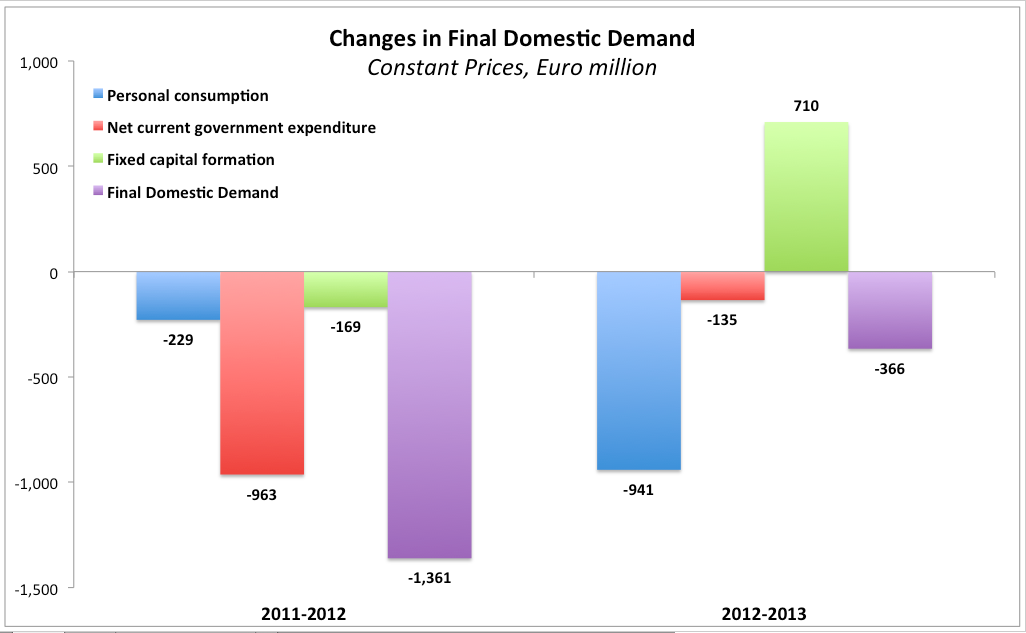 Chart above shows y/y changes in domestic demand and its components.

Bad news: everything else is down:


Personal consumption was down 1.15% y/y, net spending by Government on current goods and services was down 0.55% y/y, gorse fixed capital formation was up 4.15%. Something must have happened to all the confidence consumers were having throughout the year… or at lest conveying to the ESRI researchers...

In summary: there is no recovery in domestic economy. None. Which begs a question: what were all those jobs that we have 'created' in 2013 producing? We know that the 'farming jobs' added were generating output equivalent (on average) to EUR 9,900 per person. The rest? Maybe they were measuring confidence? 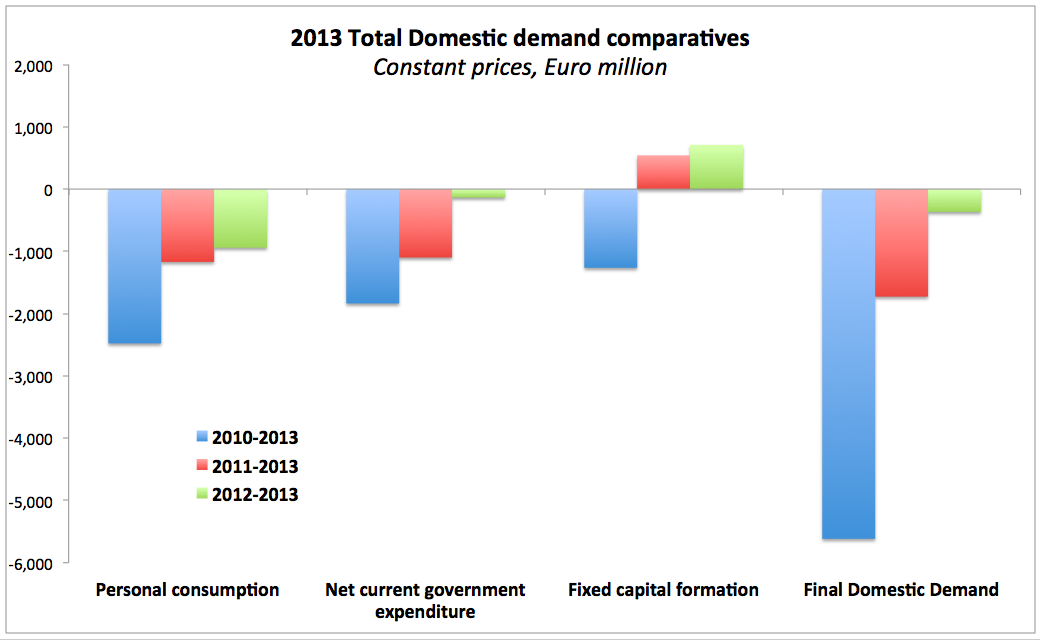 Good thing foreign investors and cash buyers are snapping those D4-D6 houses, because without them, the rest of the domestic economy is still shrinking…

Posted by TrueEconomics at 4:41 PM