As noted in the earlier post, CSO released new data on Irish merchandise trade, covering January 2014. I discussed the validity of the argument that improved competitiveness is a driver of Irish exports here: http://trueeconomics.blogspot.ie/2014/03/1932014-competitiveness-might-have.html and as promised, now will discuss top-level data on trade flows.

Starting from the top:

Based on unadjusted (seasonally) data: 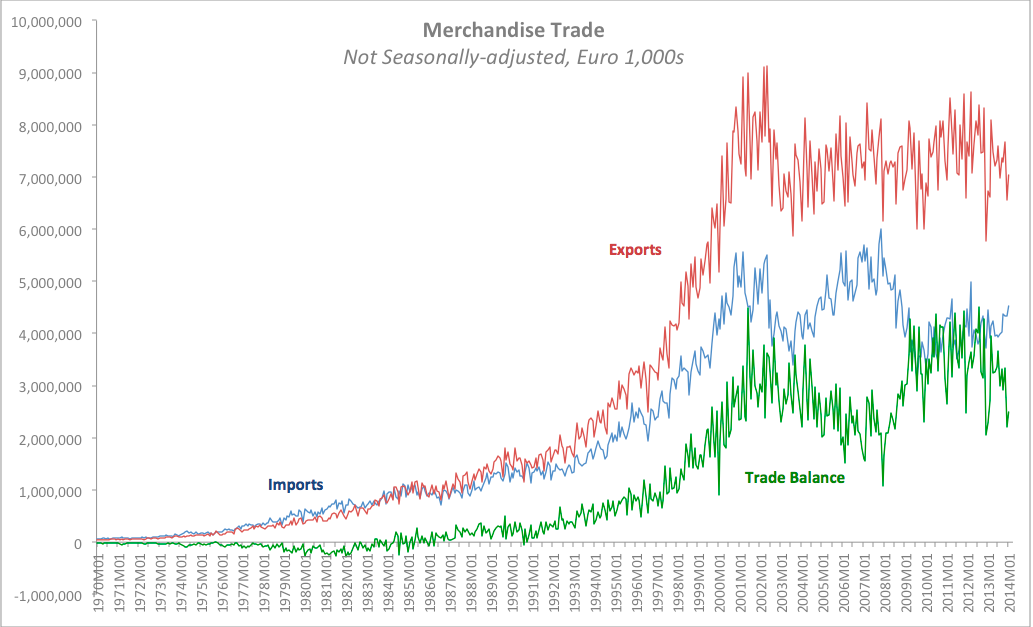 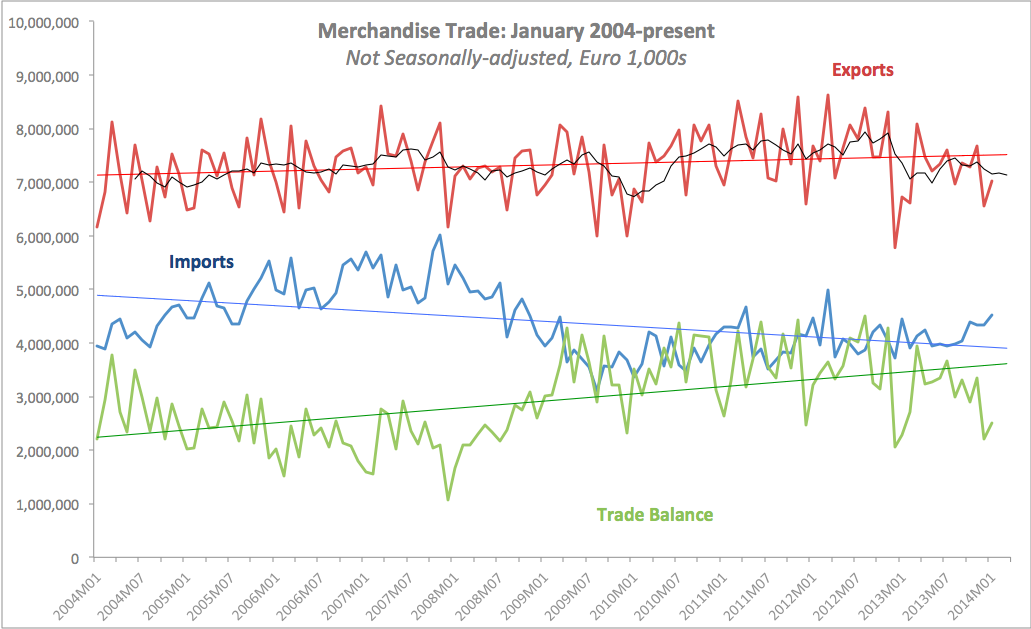 The same is confirmed in the seasonally-adjusted series plotted below: 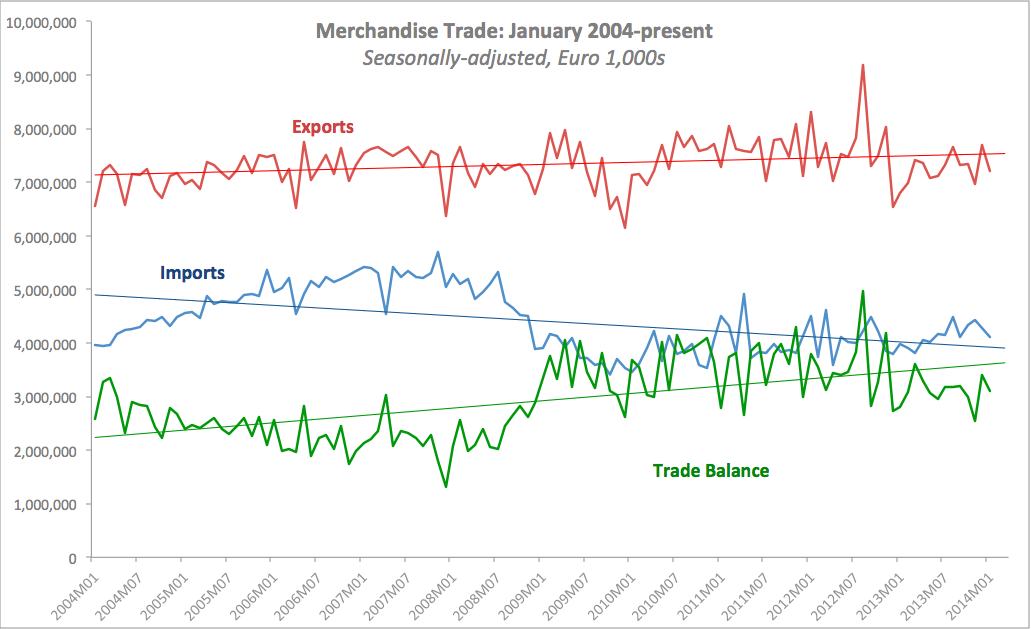 So exports have risen y/y, primarily due to a truly abysmal January 2012. But exports are still trending below an already virtually flat trend. You might think of this as being a story of some short term improvement, amidst ongoing long term weakness.
Posted by TrueEconomics at 12:25 PM