Here is the data for Overseas Tourism and Travel for Ireland for Q4 2013 and full year 2013. Please note: due to changes in data reporting, we only have 2012 and 2013 figures as comparatives. Note: key takeaways are summarised at the bottom of the post.

Let's start with spending by visitors: 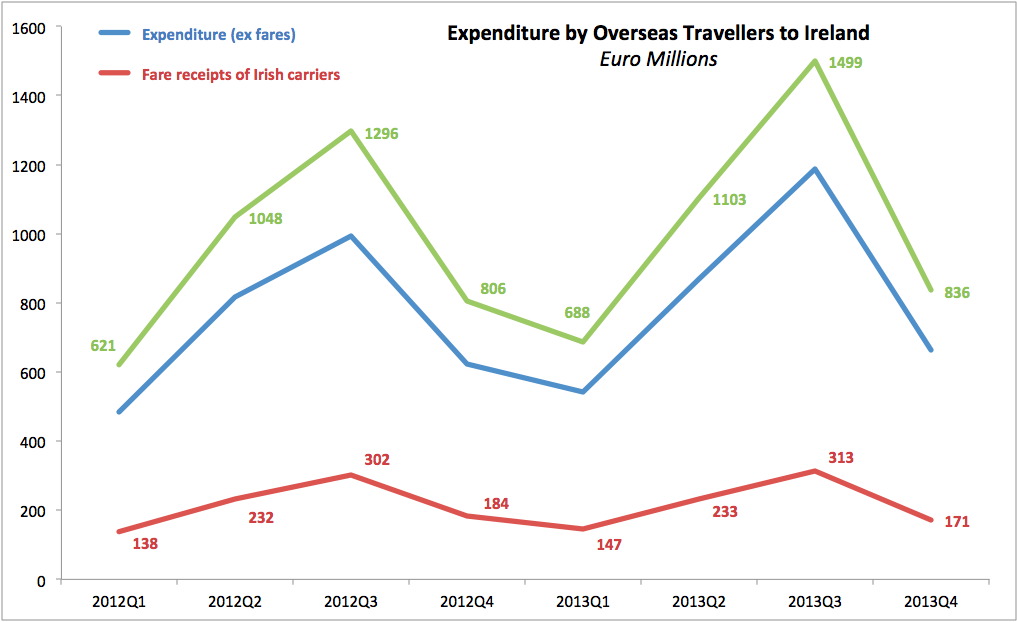 The above figures are gross and exclude trends for Irish travellers abroad. Including these: 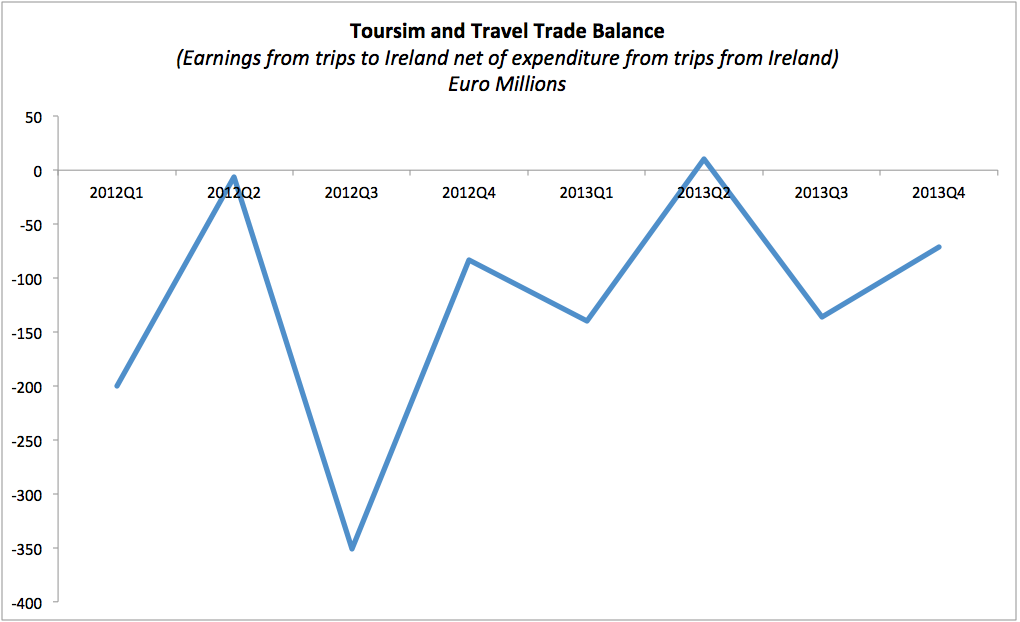 In terms of visitors numbers, things are a bit more complex: 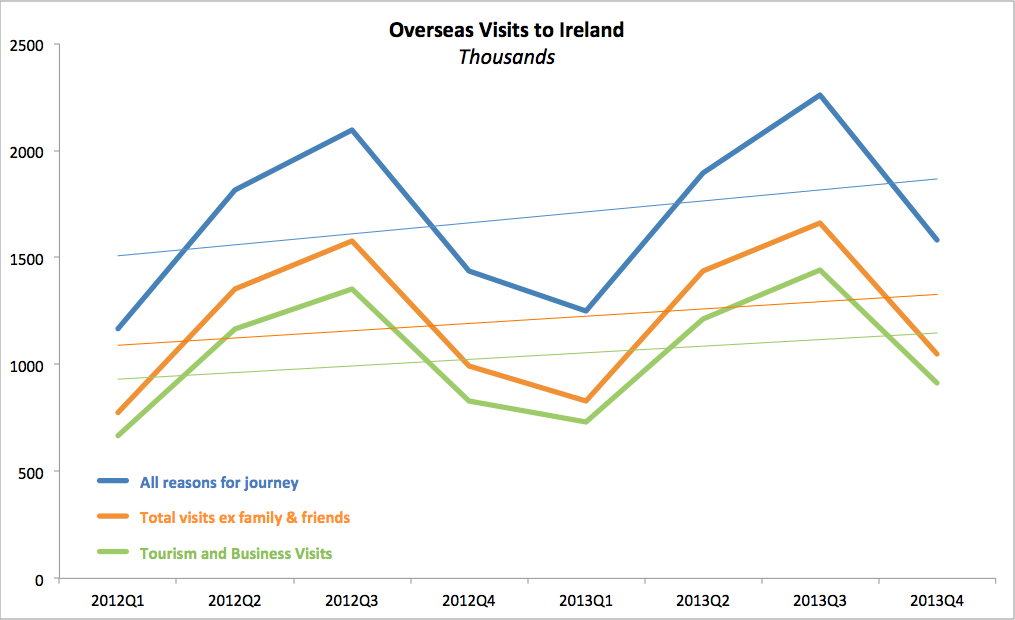 Next - onto average duration of stay: 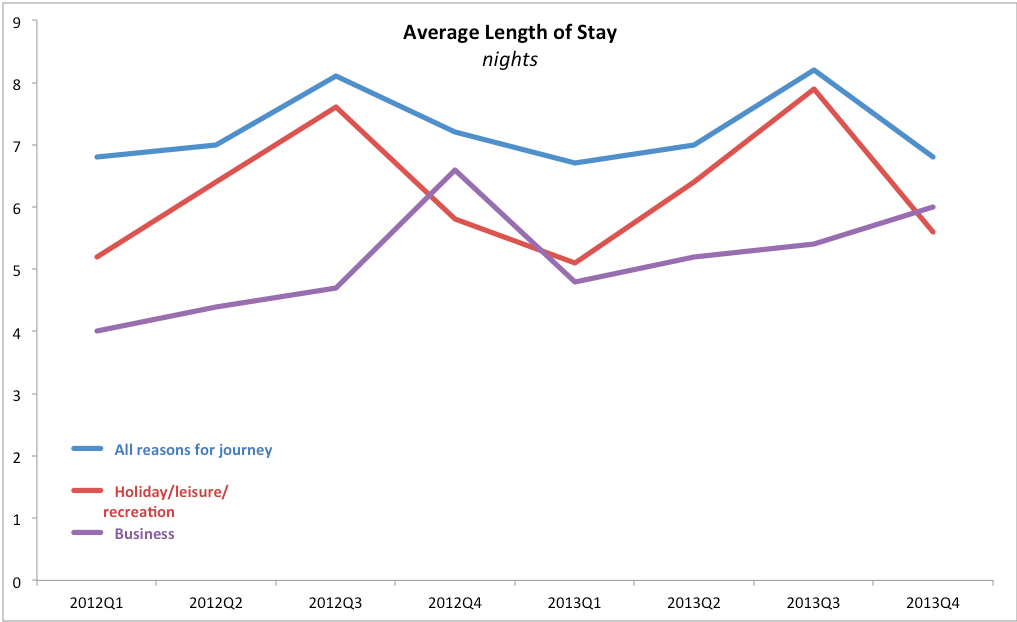 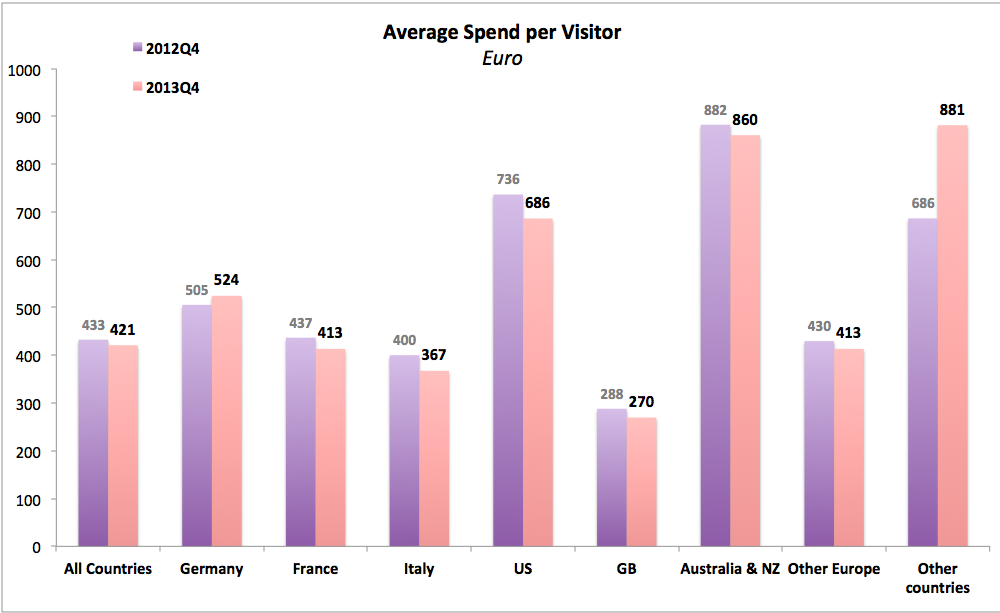 Key takeaways from above:
Posted by TrueEconomics at 9:32 PM