Live Register numbers for May 2013 were out yesterday and I am only now getting to them (busy few days speaking and dealing with students etc), so here is the first of two posts on the subject. As usual, first up: headline numbers. 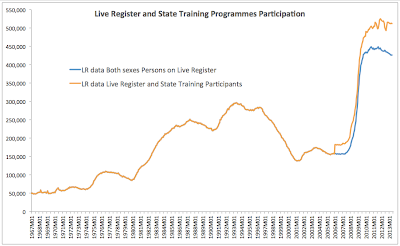 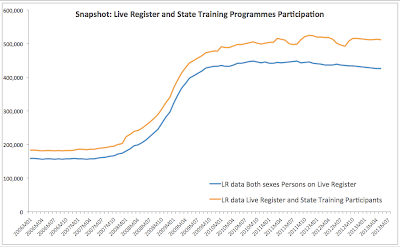 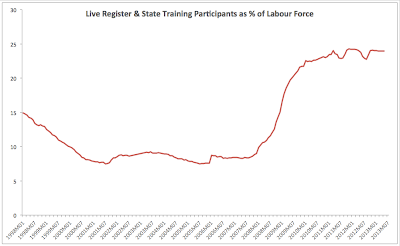 Per CSO: "The number of long term claimants on the Live Register in May 2013 was 191,997." Overall, the number of long term claimants increased by 3,268 (+1.7%) y/y, while the proportion of the short-term claimants dropped to 54.5% (229,740) from 56.4% (244,178). This suggests that, as would be normally expected, short-term unemployed are finding it easier to find jobs than their longer term counterparts, and that, potentially, this effect is being reinforced by accelerating exits of the long-term unemployed due to benefits expiration.

Posted by TrueEconomics at 2:00 PM

It's subjective and so can't be measured but a lot of those courses people are pushed toward aren't of high quality.
You are of the opinion that the training is valuable. I'm of the opinion a good proportion of it isn't.