Weekend reading links as usual, and as in previous week - in two posts.

Let's start with some fun. After a week of reading economics on this blog, why not leaf through 12 "random and obscure laws" that still exist. I know the USofA is a liberty paradise but… allegedly, not in Maine and not when it comes to Christmas lights and wreaths… or in Wisconsin as it goes for margarine...
http://likes.com/facts/totally-random-and-obsucre-laws-that-actually-exist?pid=95328&utm_source=mylikes&utm_medium=cpc&utm_campaign=ml&utm_term=25124720 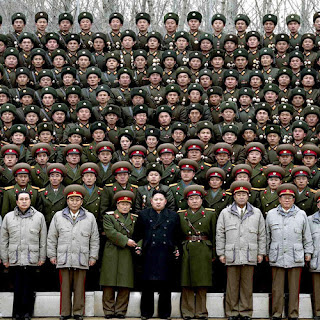 And do check out the rest of the fab pics here…
http://likes.com/facts/wtf-north-korea?v=eyJjbGlja19pZCI6IDExMTkzMDIyNzksICJwb3N0X2lkIjogMjUxMjQ3MjB9

Note: on a serious side, I do find the above pic almost artistic - in the same vein as Andreas Gursky's real art: http://artblart.com/tag/andreas-gursky-tokyo-stock-exchange/ 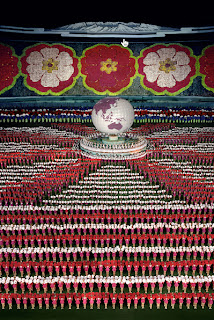 which (the above) also came from DRNK… and his very famous
http://artblart.files.wordpress.com/2008/11/gursky-99cent.jpg
My students from UCD courses in Masters in Management programme would remember the linked image.


From the sublime above to the atrocious below: The Kitsch of Ashgabat http://www.theatlantic.com/infocus/2013/06/the-city-of-white-marble-ashgabat-turkmenistan/100528/
My favourite is 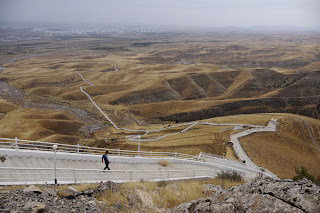 The bizarre, tortured, almost shredded geometry of the totalitarian PhysEd comes to memory. No, the true derangement of the tyrant is measured not so much by thousands starved or banished or destroyed, but by grandiose waste of beauty, the more forced, the more permanent, the better. It is hard to explain, but violence to intrinsically beautiful is more characteristic of the delusion than violence to human. perhaps because nature usually poses no political threat, thus defacing nature is purely violent without any purpose.

Perhaps this would do for a better explanation: by Joseph Brodsky 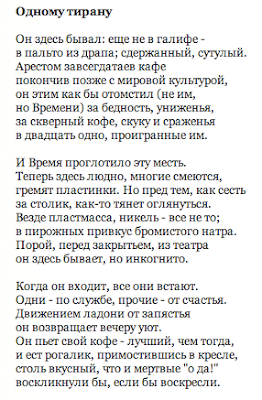 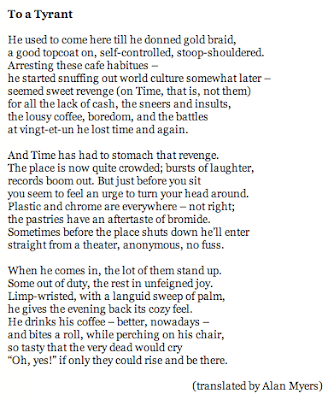 Space is memory. The above photo records the former to sustain the latter.


A more modern - almost real-time - Duchampianization in Cyprus:
http://www.reuters.com/article/2013/06/10/us-cyprus-toilets-idUSBRE9590IA20130610
and it's inspiration:
http://www.tate.org.uk/art/artworks/duchamp-fountain-t07573
I could have chosen to term this Duchampianism - and almost did - except some attribute Duchamp's inspiration to a positive value - the ready made reproduction of the curvature similar to Constantin Brancusi's marbles, which obviously would not have been an appropriate allegory for Nicosia's installation. So perhaps we have amore ad hoc ready made analogy in two pieces, hence, Duchampianization term.


Take this quote for a teaser: "Most people have no clue that quantum computing exists. Even fewer know how it works. But once you understand it, and its vast processing power, you'll understand that this new Digital Age we're living in has barely scratched the surface of the computer potential."
Read more: http://www.businessinsider.com/what-is-quantum-computing-2013-6#ixzz2WE8s9ZjW
You will want to read more... I know - I did. And here's the source: http://dwave.wordpress.com/ Just awesome!


Two sets of links on time:

The first one is of two watches - the diametrically opposing works of art:
2013 - Vianney Halter 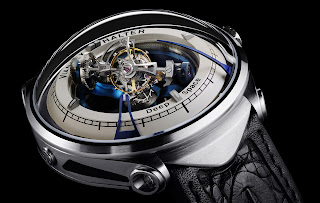 
But time (we are on dimensions theme here - following the note about space) is also linked to memory:

http://lifehacker.com/how-your-brain-perceives-time-and-how-to-use-it-to-you-511184192
And thus - to round up the first post of weekend reading links: of space and time... together:
http://www.poets.org/viewmedia.php/prmMID/19072

Posted by TrueEconomics at 10:37 PM