In the previous post I have compiled some reading links for the weekend: http://trueeconomics.blogspot.ie/2013/06/762013-weekend-reading-links-part-1.html


The world of clocks and daggers is, it turns out, also the world of some appreciation for the arts. As reported here: http://www.wired.com/threatlevel/2013/06/analyst-who-cracked-kryptos/ the CIA staff has finally cracked the code of the Jim Sanborn's cryptographic sculpture at the CIA’s HQs. It took 8 years and then it took another 25 years for the fact to be revealed to the public. But even more fascinatingly, one last coded section of the sculpture is yet to be deciphered…


Not exactly art or science, but Apple is a leading light in the world of design-driven approach to manufacturing. It has been brilliant, irreverent, non-standard and always expressive through out decades. It has also been a brand icon for creative industries )rows of Macs on ad agencies desks) and as such it is associated with the very iconic anti-IBM commercial that launched it http://www.youtube.com/watch?v=VjyrqVgWPXY.

But now, Apple is the new IBM… http://blog.stephengates.com/2010/04/12/welcome-to-1984-how-apple-has-become-the-new-ibm/ and worse, it is anti-Apple too, for the man who did this: http://www.youtube.com/watch?v=FXGrVEnKDko would have probably never been hired into Apple today: http://venturebeat.com/2013/06/03/if-steve-jobs-applied-for-a-job-at-apple-today-theres-no-chance-in-hell-hed-get-hired/ .


The next link, as I promised not to do anything 'economics'-wise, is not so much about economics of something, but rather economics as a field of inquiry. Anyhow, I find it intelligently written and actually quite good: http://www.theatlantic.com/business/archive/2013/06/should-we-trust-economists/276497/

I prefer Dan Flavin's works: here he is in his symmetric error of homage to Tatlin: http://www.moma.org/collection/object.php?object_id=81337

Of course, irony has it, Tatlin was asymmetric: http://kdigital.tumblr.com/post/576318843/model-for-the-monument-to-the-third-international It always puzzled me why in all of his homages to Tatlin (of which Flavin made 8) he was always symmetric in interpreting Tatlin's tower. All said, here's Flavin at his best http://www.davidzwirner.com/wp-content/uploads/2011/11/33-400x266.jpg 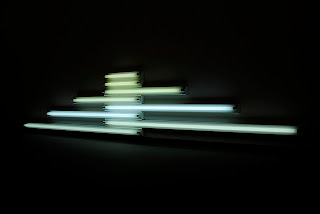 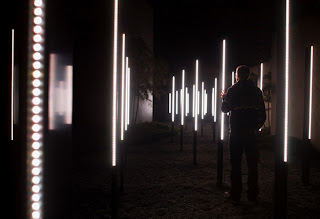 
Have a great weekend and stay tuned - there will be economics posts on the blog.

Posted by TrueEconomics at 9:55 PM