The first post of my regular weekly feature of the Weekend Reading Links On Arts, Sciences and Zero Economics:


Let's hit science bit (ok, rather technology) first: IBM's famed Watson is getting into a museum: http://www.computerhistory.org/atchm/ibms-watson-jeopardy-computer-comes-to-chm/
I remember being at IBM when Watson played the Jeopardy rounds. It was amazing. I also recall working on Watson's capabilities and deployment in finance for deep risk pricing. As my memory tells me, the code for Watson's brilliance was written by a team from Ireland.


I know, I avoid dealing with economics here, so treat this as not a note about how art is a fantastic example of high value-added exports, but as a story about globalization of art's language and acquisition and exchange of knowledge: http://www.theartnewspaper.com/articles/Royal-Academy-in-talks-with-potential-Moscow-partner/29952


Art meets design: http://wordlesstech.com/2013/05/24/jaguar-inspired-artwork-unveiled/
I was supposed to speak about the economic dimensions of design (including industrial design) at http://birmingham-made-me.org/ this week, but had to withdraw for personal reasons. Really bummed! 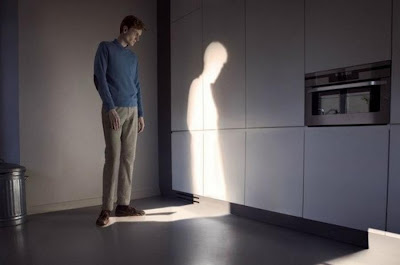 A simple trick of inverting the focal point to create a juxtaposition between expectation and realization. Pure orthogonality works.


Is it art? Well, I am not sure. But it has meaning. It has its own language, its own semiotics, its own passions, beliefs etc. So is it art?
http://likes.com/misc/prison-tattoos-and-their-secret-meanings
I am not sure. But I do recall how much amazement I experienced when I first time looked at prison tattoos from the point of view of attempting to understand them. For years, seeing them on beaches around the USSR, I grew up on a steady diet of rejecting these expressions of personal lives as being vulgar, invalid, something to be permanently kept below my domain (all consisten positions of the Russian intelligentsia's conservativism in the face of both reality and modernity). And then, years later, there I was in a UCLA classroom of Professor Mascaro, reading about Russian prison tattoos and writing an essay on the link between liner logic and their compositions... Still remember that! And the strangely correlated across time and space St Pat's day when myself and Professor Mascaro were the only two people in a class, not wearing green... Many years fast forward, here I am in my Dublin kitchen posting about prison tattoos, remembering Professor Mascaro and wondering... is this art?..


A.A. Gill is a form of narrative that is art. And here he is with a thesis of America the Marvelous http://www.vanityfair.com/culture/2013/07/america-with-love-aa-gill-excerpt?mbid=social_twitter
Worth a read, as always.


I wrote before about light art, Dan Flavin (here) in particular. Here's James Turrell - another master of the medium - and he is http://www.guggenheim.org/new-york/exhibitions/on-view/james-turrell 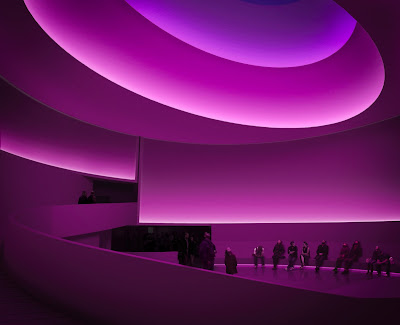 Back in 1999 myself and MrsG had a joint entry at a group exhibition in Baltimore, using light as part of installation. The tile was Mutatis Mutandis, if I recall correctly, and it lived for about 5 minutes, subsequently knocking out lights in the entire multistory building in downtown Baltimore... the party went on... Turrell's work is striking enough to knock daylights out of your senses of space and dimension. If in NYC - a must see!

Guggenheim's show completes an unprecedented sequence of installations undertaken by Turrell that started with LA's LACMA, followed by Houston's MFA within a month and then onto NYC to Guggenheim - all across the impossible span of just 3 months. Impossible, because the entire installation of this retrospective requires rebuilding rooms, halls, spaces spanning 92,000 sq feet.

Here's an image from Houston: 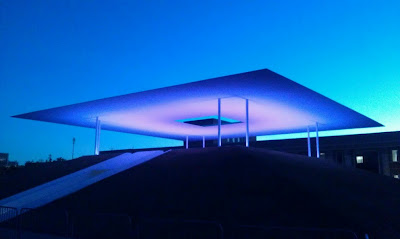 Let me end this post on accidental art http://www.businessinsider.com/14-pictures-of-our-crowded-world-2013-6
The first image is fantastic. Absolutely, Gursky-like (link). As is number 9 and number 12 and 13. And number 7 is Missoni-like or better yet Morris Louis in gamma and linearity of the core movements. Yes, yes, Michael Wolf deals with density, especially in his Hong Kong series... that, perhaps, next week?

End of this post... stay tuned for the second part tomorrow and read...
Posted by TrueEconomics at 12:53 AM

Super stuff Constantin, thanks. Just got "lost" for a wonderful two hours, linking and linking on from these pages...