Latest index for Irish Building and Construction Production volumes and value is out today, confirming what I wrote about on the foot of new planning permissions data (here), namely that Construction and Building sector continued to shrink in 2012 and there is little hope beyond some public spending projects uptick for the already devastated sector.


Similar story is traceable across the volume of production indices.

Charts to illustrate (note, charts are referencing a different base - instead of 2005=100 these have been rebased to 2000=100 for more clear compounded effect illustration): 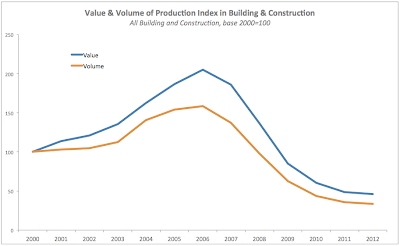 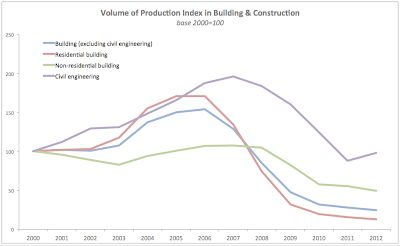 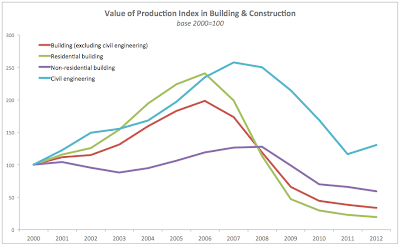 Posted by TrueEconomics at 3:53 PM