This is the first WLASze: Weekend Links on Arts, Sciences and zero economics post for this weekend, so enjoy and stay tuned for more.


Random complexity arising out of the hand-drawn patterns virtually freely visually narrated by Marlene Huissoud are creating interesting, dynamic textures in these drawings and textiles: 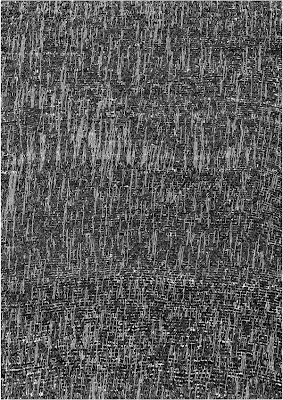 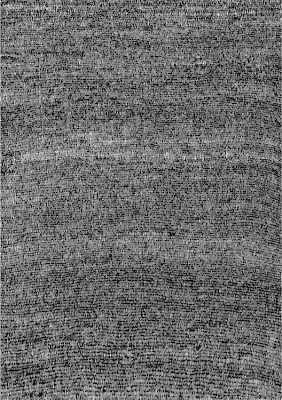 Artist website: http://www.marlene-huissoud.com/ It is an object of utilitarian design (hence the 'shop' section of her website), but in my opinion it is an expression of art - non-conceptually driven compositional flow that explores dynamic of line and space absent a premeditated attempt at a composition.

Cy Twombly being the pioneer here, and there are indirect parallels to Lucio Fontana. In a distinct approach, the line drawings of Egon Schiele were actually figurative, hence non-random. Yet they are all united by the simple difference between human error / deviation that distinguishes them from replicative mathematical chaos and makes each line uniquely determined when it is created by a person.


Returning back to last week's theme of the Venice Biennale: some additional links relating to previous notes on the exhibition:
Russian pavilion:

Out of the Biennale's 'rock halls' into rock sculpture project by the Next Fab Studio by Gabriel Boyce and Preston. The duo constructed a "simple, organic rock" "using digital fabrication equipment". NextFab "developed a Rhino model of the rock, which was digitally divided into sections and cut from acrylic on NextFab's laser cutter. Gabriel and Preston then assembled the 150-plus sections into the complete ROCK sculpture." Daft? Not really - rather quite striking: 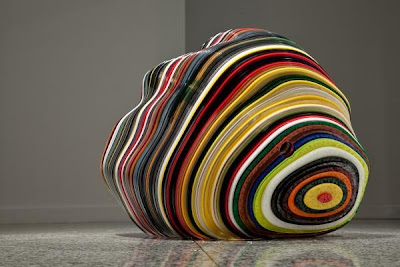 An interesting story from the city that is currently assessing its art collection for sale: Detroit. Detroit's brilliant DIA (I cited its excellent collection earlier here) has digitalised its world-famous Diego Rivera murals. The story of digitalisation is here.

Digitalising works of art is a superbly challenging technical and mathematical problem, even though it seems like a relatively simple task. The most fascinating story of digitalisation of art was written up back in 2005 by the NewYorker: http://www.newyorker.com/archive/2005/04/11/050411fa_fact. It tells the story of two applied mathematics geniuses you won't hear much about, David and Gregory Chudnovsky: 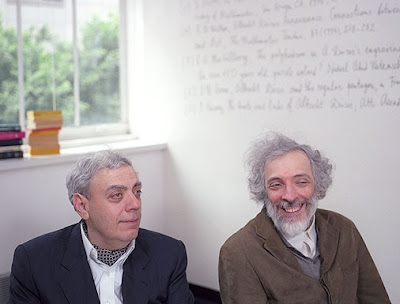 The duo have pioneered the algorithmic approach to large scale digitalisations. Humorous take on their fascination with visualising mathematics is the floor of the Chudnovskys' lab at Brooklyn Polytechnic University which bears an orbital pattern mapping of mathematical equations 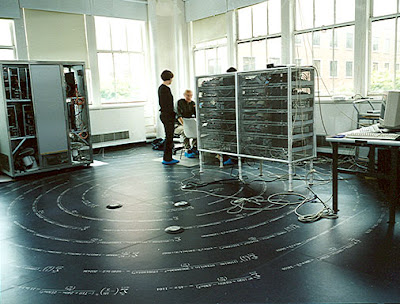 What a brilliant link: from the decay of the fractal definition to the decay of the entire city and onto eternity of mathematics and art… to large scale numerical computations… from Communist Ukraine to Communist murals… See more on the two: http://www.pbs.org/wgbh/nova/sciencenow/3210/04-chud-06.html and at http://www.math.poly.edu/people/faculty.phtml. Oh, and the murals, of course: http://it.phaidon.com/agenda/art/articles/2013/august/08/detroit-digitizes-its-diego-rivera-murals/

Do note, Chudnovsky's worked extensively on 'pi'. I covered the visualisations of 'pi' before here.  So for some additional images: pi, fi, e, combined from the above-linked posts by Martin Krzywinski (http://mkweb.bcgsc.ca/pi/art/): 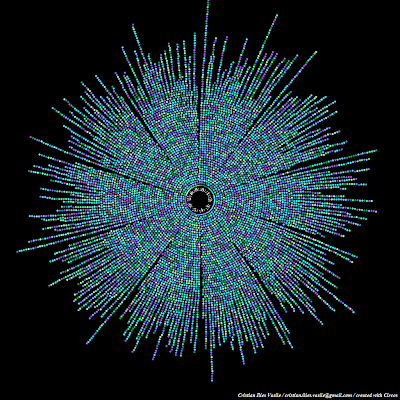 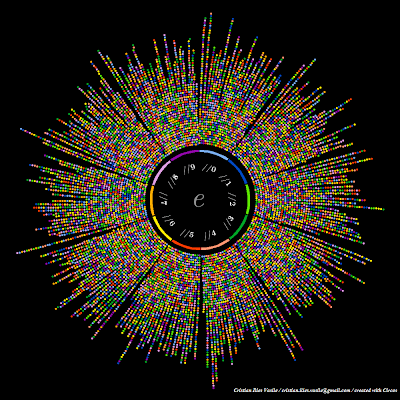 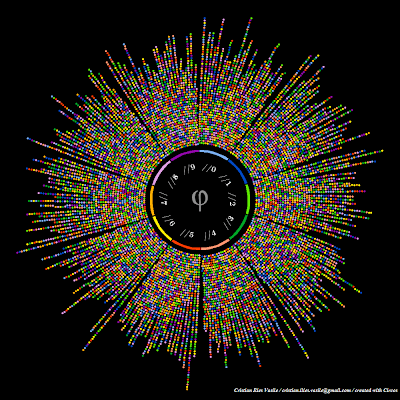 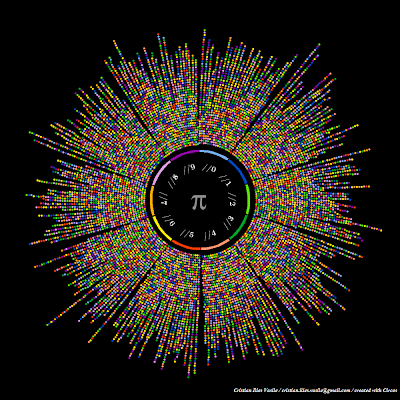 Now on to science: the geeks have been armed with a HD camera and a submarine… outcome: live broadcast of an eruption of the underwater volcano. Here are the videos (H/T to ‏@alexwitze): http://www.interactiveoceans.washington.edu/story/Visions%2713+Videos. They'll be back with live stuff in 2014… smokey stuff… maybe they can roast some marshmallows on that Axial Caldera next.


In case you need a dose of laughter after all this heavy heady maths, here's some humorous take on the subject: http://mathwithbaddrawings.com/2013/08/21/five-math-experts-split-the-check/


Geeks with cameras and formulas above, followed by geeks with computer codes next: an amazing story about the Israeli army tech-intelligence unit that is behind some major ICT innovations and entrepreneurs. The story really goes to the heart of learning-by-doing models of training (via @GPIngersoll and @BI_Defense): http://www.businessinsider.com/best-tech-school-is-israels-unit-8200-2013-8. The story also highlights the non-linear nature of human capital formation. Military leadership has always been at a premium in the civilian business life, but now direct skills are also becoming marketable.

And to further illustrate the same points, here's the 'governmentorial' - a promotional site for NASA claims of contribution to civilian everyday world: http://www.nasa.gov/vision/earth/technologies/spinoffs.html
Est Cool… But not to get too futuristic with all of this tech: although the space age might be relatively young, our capacity innovate in relation to space is not… back in ancient Egypt, meteorites were deemed to be valuable enough to make it into jewellery:
http://scinewsblog.blogspot.ie/2013/08/ancient-egyptian-iron-beads-were-made.html

Posted by TrueEconomics at 10:55 AM