It has been some time since I updated the data on sales of US Mint Gold Coins, so let's take a quick run through the data for July 2013. 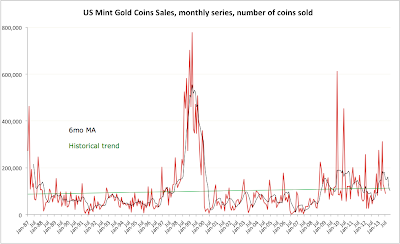 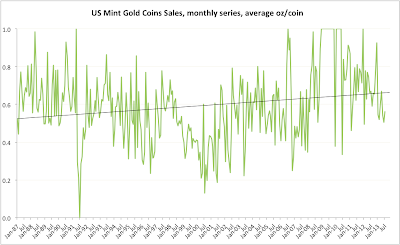 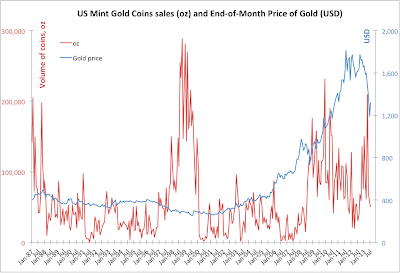 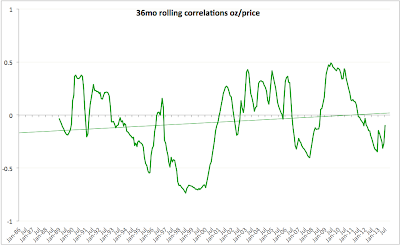 Overall, analysis above confirms a short-term trend toward increased demand for gold coins, driven by changes in prices. This trend is more directly evident in 6mo sales data (next post). In total coins sales, there is a nice reversion to the up-sloping trend (first chart above), while oz/coin sold remains below the longer-term up-sloping trend line, potentially reflective of speculative purchasing running at more subdued volumes (second chart). Per third chart, there is a clear negative correlation between demand for coinage gold and the price of gold, suggesting some 'buying-on-the-dips', although this correlation is weak (last chart above) and is getting weaker (in absolute terms). There is a long-term trend toward positive (or at least much less-negative) correlation between the price of gold and coins sales.


Tune in for the H1 2013 cumulative data analysis next.
Posted by TrueEconomics at 8:39 PM