Due to travels, I will be posting shorter versions of WLASze: Weekend Links on Arts, Sciences and zero economics this week and next. Here is the second post of the series for this weekend (the first post is linked here: http://trueeconomics.blogspot.it/2013/08/1082013-wlasze-part-1-weekend-links-on.html.


Nightvision is a project that involved a 23-year-old videographer, Luke Shepard and his friend plus a 90 day Eurail Pass, and Kickstarter… the group traveled to 36 cities in 21 European countries "with the goal of capturing the greatest European architectural masterpieces around today." Shepard & co have shot more than 20,000 photos and he was able to create 47 image sequences of the trip, 27 of these formed his amazing timelapse called Nightvision. http://www.lshep.com/index.html
Sadly, the group did not get to Dublin… which means someone else will have to do a good time-lapse of our Grand Canal Square… 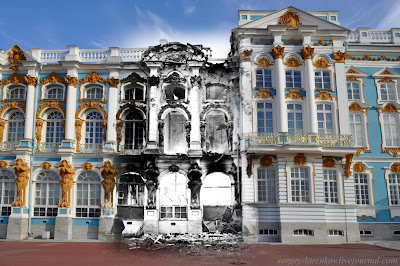 Yes, at certain point we must stop reviewing or even discussing Zaha Hadid's architecture for it is rapidly becoming formulaic, non-explorative and simply predictable. Here's an example: http://www.dezeen.com/2013/08/07/movie-beko-masterplan-by-zaha-hadid/ And the best bit, as usual - comments by the readers.

My own view: It is rather obvious that over-production and over-design are the two core threats to Zaha Hadid's practice and legacy. She has long became singular in form and missing any progression. Putting a stop to innovation to focus on 'iconic' semiotics is the end of an architect and artist, in my view. Hadid's architecture was recently id'd by one of the commentators on her work as "Kim Kardashian buildings: Rich in curves but no meaningful content or good taste". My sentiment too.


While reading through Taipei's solo run for Design Capital 2016 (lack of any other contestants pretty much assures that the venue will go to Korea, despite the relatively obvious lack of any serious merit in the two projects submitted for it), I came across this post from 2012 on the project called the Scrap Skyscraper http://www.dezeen.com/2012/07/31/scrap-skyscraper-by-projeto-coletivo/ A very interesting concept: 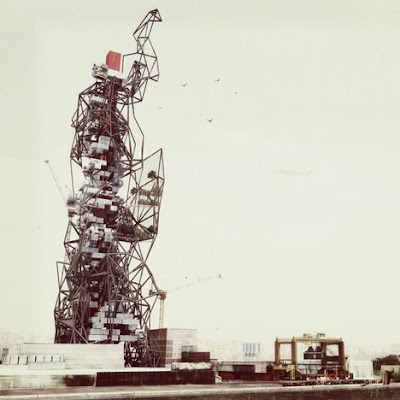 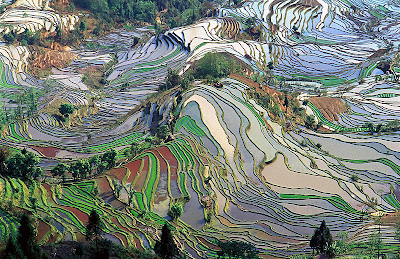 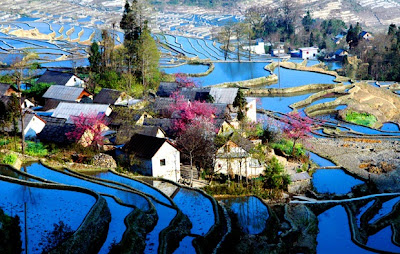 Via AtlasObscura: "Covering over 16,600 hectares in Southern Yunnan in China, the Honghe Hani Rice Terraces cut over the Ailao Mountain slopes down to the Hong Kong river. There for 1,300 years, the channels of water have supported farming of red rice, involving eel, fish, buffaloes, cattle, and ducks that all move through the landscape dotted by 82 villages."
http://www.atlasobscura.com/articles/2013-new-unesco-sites

The article linked above has some other stunning photography by, for example, Teo Gómez. The poignancy of colour, the fluidity of shapes, the compositional perfection of created landscape - necessity sometimes is not only the mother of all inventions, but also a sister of beauty… In a sense, both sets - by Gao and by Gomez - document the improbability of beauty as well as its transience and ability to return.


For those of my followers who do read Russian, a very interesting debate about the Russian national identity: http://www.snob.ru/selected/entry/63417.  The debate juxtaposes current perceptions of Russian (nationalist) identity and the long-established multicultural and multinational (subsequently federal) identity. Many outside Russia over the decades (and in Russia since the nationalist revival in the 2000s) are being sold the identity of Russian dominance (racial and cultural) over minority groups. However, this view of Russia is hugely at odds with the historical reality. this historical reality is that even in AD 880s Russian identity was organically inclusive of a large number of smaller nationalities, and that cultural, religious, ethnic, genetic and geo-political integration have been an active model for the creation of modern Russia over at least 800-900 years.

One example, striking in its powerful contradiction to the mantra of cultural or ethnic purity or dominance of the standardised 'Russian' identity is the case of Ivan Kalita - Muscovite duke - who in 1327 as a head of the Golden Horde mission burned to the ground orthodox Tver dukedom, as a response to the murder in Tver of the Tatar Ambassador. In a punitive expedition the Tatars alongside the Muscovites "Turned the whole Russian realm to ash." Tver prince fled to Novgorod and then in Pskov. Ivan Kalita demanded his extradition, and the Metropolitan Feognost sitting in Moscow, excommunicated him and all the Pskov from the church, thus revealing one of the top models of the Orthodox collusion between the Muslim Horde, Moscow and the Moscow Church. At the very time of the Muscovite power, that power rose above the notions of kinship, and above the Orthodox faith.

Sadly, I would not recommend using google translation for this article, since its format leads to translation providing exact opposite interpretation to the actual meaning of the complex phrases in a number of cases. It is, thus, to remain the material suited to Russian-language readers.

Posted by TrueEconomics at 6:27 AM