Due to travels, I have taken a break away from posting WLASze: Weekend Links on Arts, Sciences and zero economics last week. This is the return of my blog's regular weekly feature.

Thus, fresh from Biennale in Venice, few thoughts for the opener of this week's WLASze. Enjoy


Overwhelming sense of being underwhelmed is the best way to describe the Biennale 2013. My concern was evident from the main pavilions of Giardini on: much of this year's Biennale is banal, over-selected, non-challenging and yawn-inducing academism of post-modernist art. It is as if the two sources of artistic expression: ideas and forms, all have been mined out to hollow caverns filled with brackish polluted water and no longer capable of producing gem stones.

Perhaps the best performance art (and there was some around that pretended to be such, inclusive of two women moaning at each other in the middle of the large hall in the main hall of Giardini - I personally thought the moderately-sized crowd of art-refusnik professorial types gobbling it all up watching them was probably a better part of the performance) for the entire Biennale is the permanent installation of Venezuela pavilion next to Switzerland. What a contrast to the irony and though-free general outlook of the Biennale itself. The juxtaposition of a resources-rich self-impoverished economic blackhole of Venezuela and self-made resources-impoverished uber-rich Switzerland. 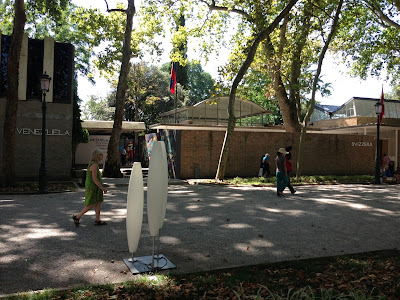 Let's go for the rest of it. 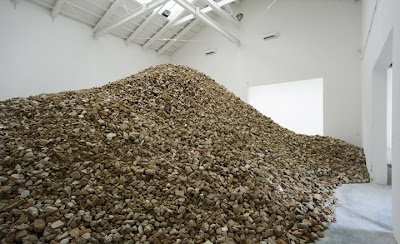 The best bit was a small lizard that made the pile of rocks its home and calmly lazed about while viewers were exerting much effort to comprehend why would an insolvent Spain send to Venice a pile of rocks, plus three tiny weeds that sprung leaves from the pile, allegorically suggesting green shoots amidst what appeared to be a representation of Spanish housing market collapse... Neither intended, both more original than the installation itself.

Dirt-in-the-room thingy has been done. Ages ago. Walter de Maria did it best - DIA still has it… 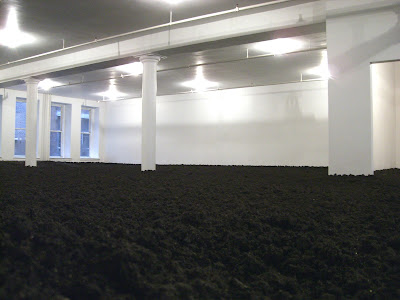 Still, little delightful surprise (albeit in a very large shape) awaited us in the next pavilion - Belgium, which was represented by Berlinde De Bruyckere's Kreupelhout – Cripplewood. 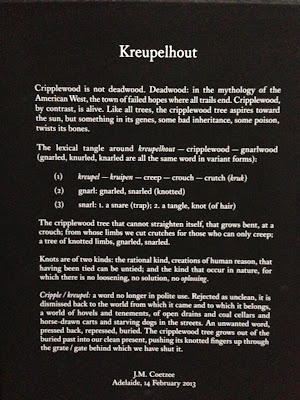 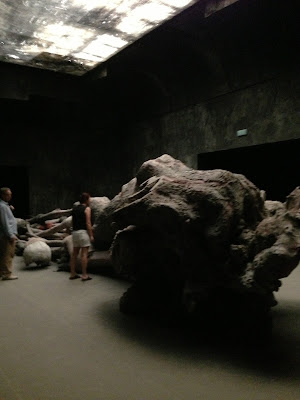 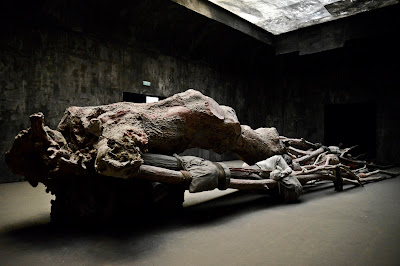 I like Coetzee's work, fine writer, full of textbook sensitivities, yet very much outside the traditional space of 'African' literature. Alas, I disagree with Coetzee: knots of human reason are infinitely more complex than knots of that occur in nature. Nature has finite dimensions, until a human being enters the picture.

Yet, more good stuff awaited in Mark Manders's "Room with a Broken Sentence" at the Dutch pavilion: 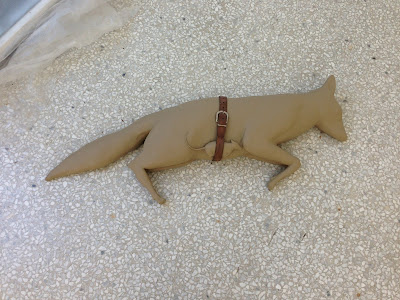 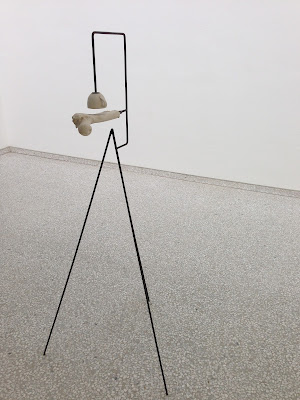 Aurelien Froment, Pulmo Marina and other from the Future Generation Art Prize 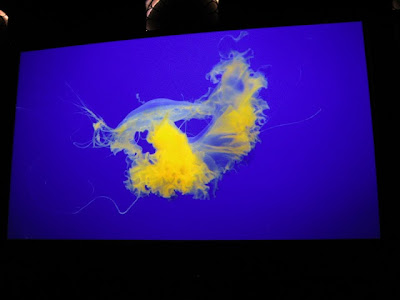 I am planning to post more on this later.


In the main hall of Giardini, majority of works were fully captured by relentless academism. Formulaic stuff, delivered with competence and, thus, made even less exciting.

Here are few exceptions, though even these are not exactly earth-shattering. Jean-Frederic Schnyder's Swiss folkeshism so much loved by kids... 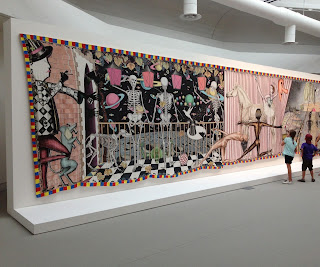 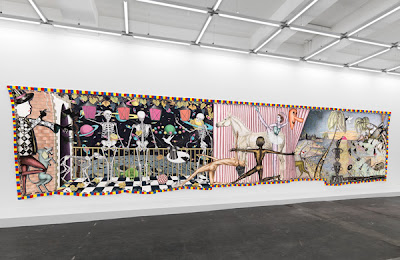 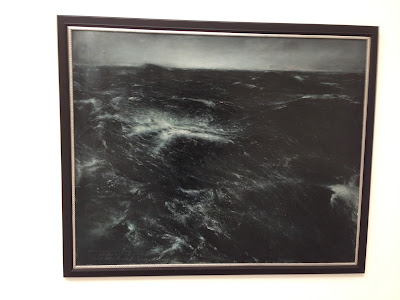 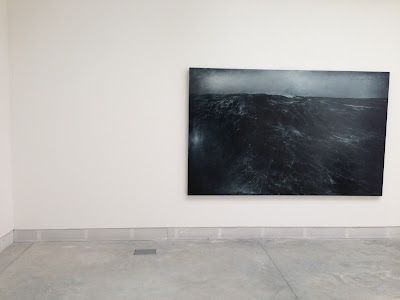 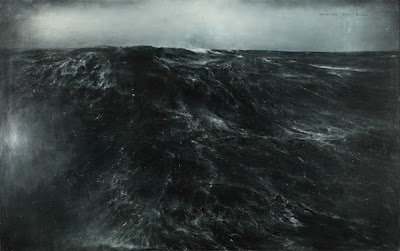 Sarah Sze's installations at the US pavilion were quite a hit, an occasionally intricate, but at times perhaps too-direct interplays between nature, stasis, imbedded dynamic and restraint, they were fresher than the average stuff on show. 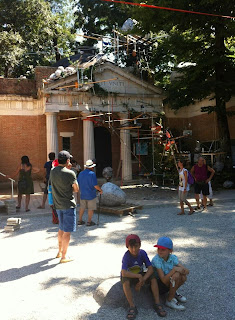 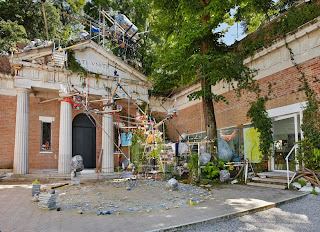 Sarah Sze did grand work also mixing up some clinical variety of counterbalancing thought and expression. Her brilliant triple point (planetarium) is large, lab-reminiscent and only tangentially related to stars… which is a sort of… the main point o a planetarium 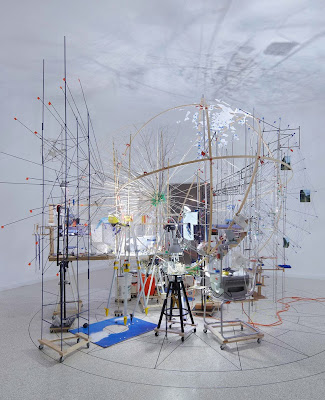 And this brings us to my favourite of the Biennale 2013: the Russian pavilion, where performance art of high quality infused sarcasm and satire, mixed up with some basic ethics, amidst what would pass for a good quality installation art too… Vadim Zacharov pulled no punches in his work: 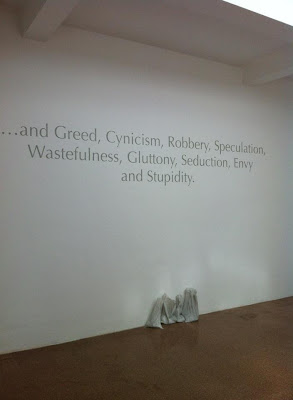 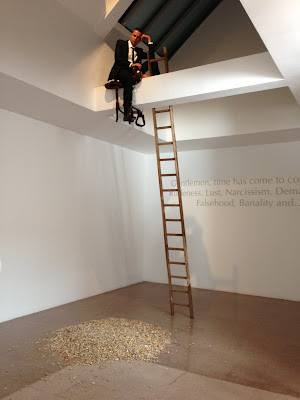 Double-take on 'semechki'... :-) I smiled... MrsG loved it... and then there was the main installation (which we first experienced by MrsG walking under the coins shower): 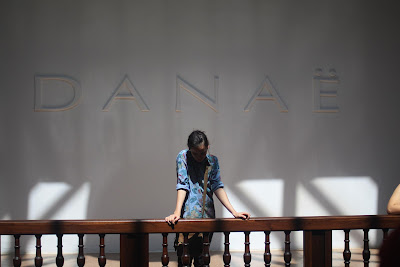 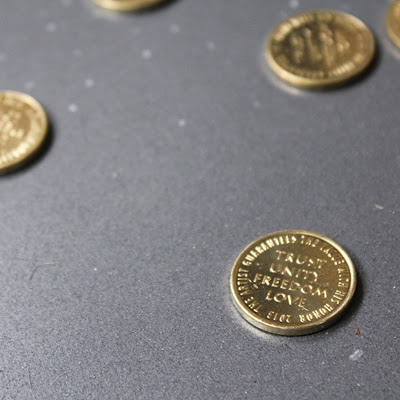 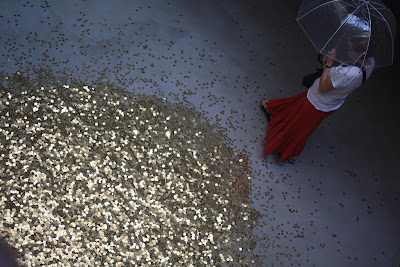 You can see the coins rain: 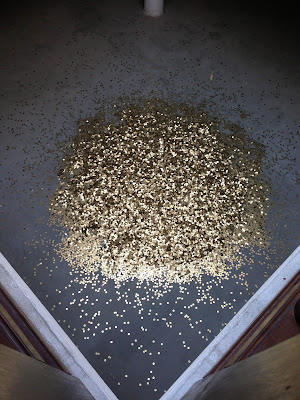 Note: only 'ladies' (no girls or men or boys) were allowed to walk under the 'rain' and collect coins to bring back into the entrance hall. The rain, however, was generated by a man: 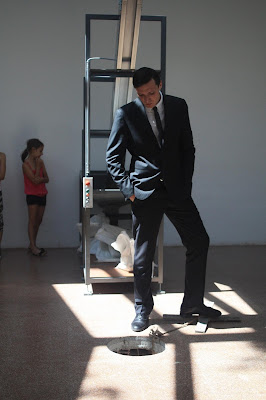 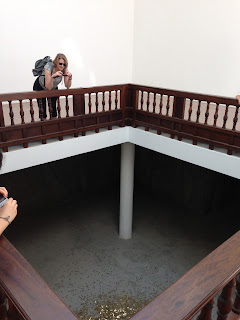 Russian pavilion was simply brilliant. By far the best of all we have seen, followed by the US pavilion.


I shall take a break… stay tuned for Part 2.

Posted by TrueEconomics at 2:53 PM