The Irish Construction PMI published by the Ulster Bank posted another massive fall, declining to 45.4 in April, from 46.7 in March. This is the sharpest rate of decline in the sector since October 2011. 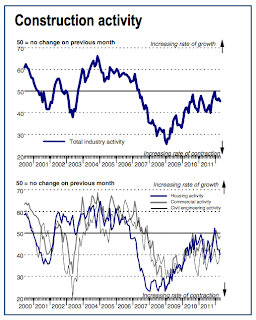 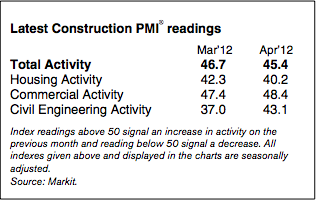 Posted by TrueEconomics at 10:57 AM