Now, that the FT busted out the OECD report released today, I can do the same. I gave it a quick preview in this yesterday's post (here) so now let's get down to the details.

Here is what I said about it's findings yesterday:
"...compared to other developed countries around the world, Ireland finds itself as:
In effect, OECD's report, that does not focus on Ireland alone, provides a somber assessment of Irish Government policies, exposing their complete and total failure in addressing the crisis to date. And here are the actual details per each point.

Point 1: The worst economic governance in the world:
Table 3.4: 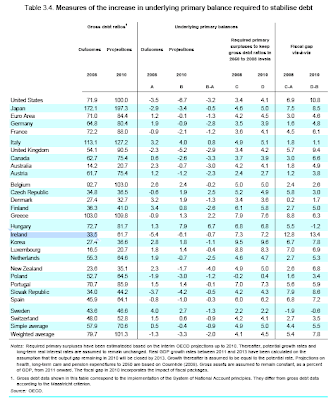 So per the above numbers:
Next, move up to Figure 3.3 (below) which shows that we have blown fiscal spending policies not on healthcare or long-term care provisions, but on something else. 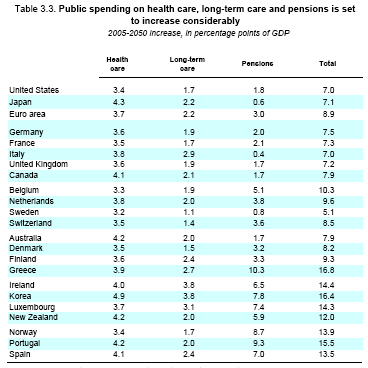 Ireland is managing to achieve the third highest projected spending rises through 2050 of all OECD states (after catch-up Korea and Greece), but lions share of that is being consumed by growth in pensions exposure. Why? How else do you think are we supposed to pay for Rolls-Royce pensions provisions in the public sector?

Point 2: Ireland is applying the uniquely wrong measures to addressing our fiscal and economic problems:
This is a point that links to point 1 above, so let us deal with it now. Table 3.2 below gives the data on different measures and their incidences and impact on the sectors of economy as adopted by various OECD governments. 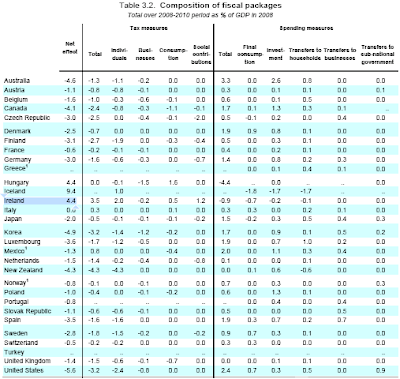 Ireland clearly stands out here as:
Figure 3.2 below illustrates, although one has to remember that Israel scores next to us because it actually has rising tax revenue and is facing the unwinding of some of the exceptional spending that occurs during military campaigns. 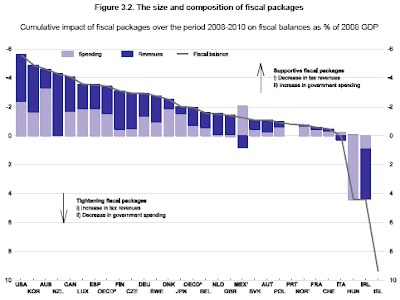 Another interesting aspect of the OECD findings relates to the sources of our fiscal imbalances. Figure 3.1 shows these: 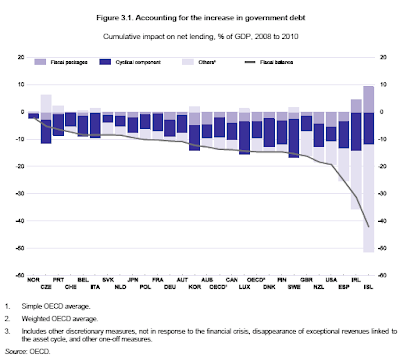 Notice that according to the OECD chart, the cyclical component of the debt increases for 2008-2010 is only roughly 26% of the entire debt levels. The ESRI (see here) says it should be around 50%. I estimated (here) that it should be around 21% (here).

Point 3: The scope for recovery:
According to the OECD "On this basis, the countries with most scope for fiscal manoeuvre would appear to be Germany, Canada, Australia, Netherlands, Switzerland, Korea and some of the Nordic countries. Conversely, countries where the scope for fiscal stimulus is very limited would include Japan, Italy, Greece, Iceland and Ireland." We are in a good company here, indeed. 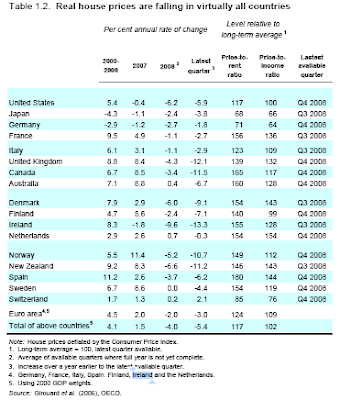 Yes, no comment needed here.
Posted by TrueEconomics at 10:14 AM