EU Commission has published some interesting research on structural reforms in Italy, Spain, Portugal and Greece (strangely, no Ireland or Cyprus).

But here is an interesting set of charts, showing the effect of the said 'reforms' on the economies of these 'peripheral' states. 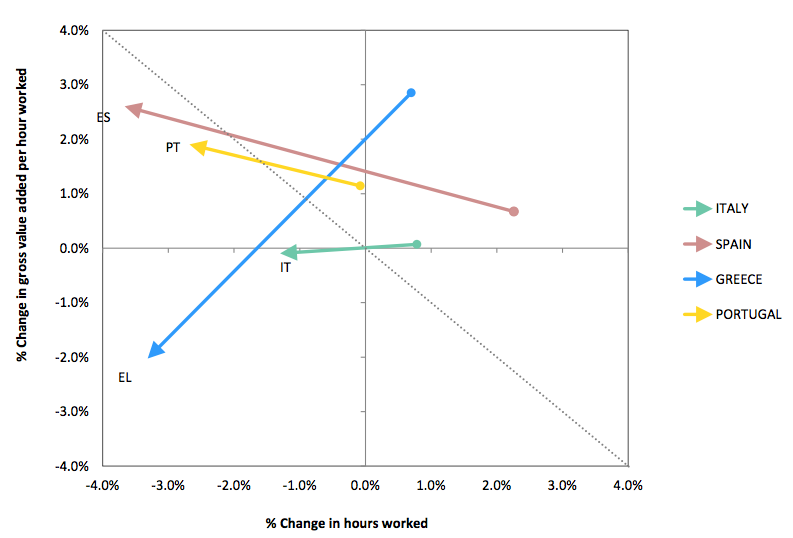 Above clearly shows that in two 'peripheral' countries covered, namely Portugal and Spain, productivity (as measured by value added per hour worked) rose during the crisis period, while the same fell in Greece and Italy. Productivity growth accelerated over the crisis period in Portugal and Spain and de-accelerated in Italy and literally fell off the cliff in Greece. And in all four economies, hours worked collapsed.

This all means two things:

The second chart shows annual trajectory in hours worked against productivity growth from 2008 through 2013. 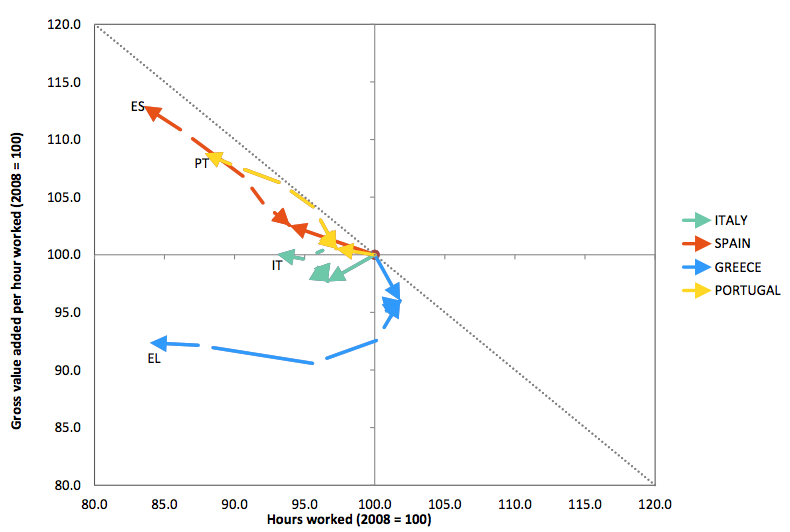 Quite surprisingly (or may be not) EU Commission offers an entirely opposite arguments on reforms efficacy. Even in the case of Greece - a country where both employment and productivity collapsed, the Commission paper argues that "Greece made a substantial adjustment in terms of employment while productivity stopped falling down". The folks in Commission believe that once the economy is completely exhausted on the downside, the lack of further declines is a sign of 'reforms-driven improvements'. This is about as crazy as cheering the fact that a lifeless body at the bottom of the empty pool is no longer falling.

Here is the Commission own guide to the above charts: 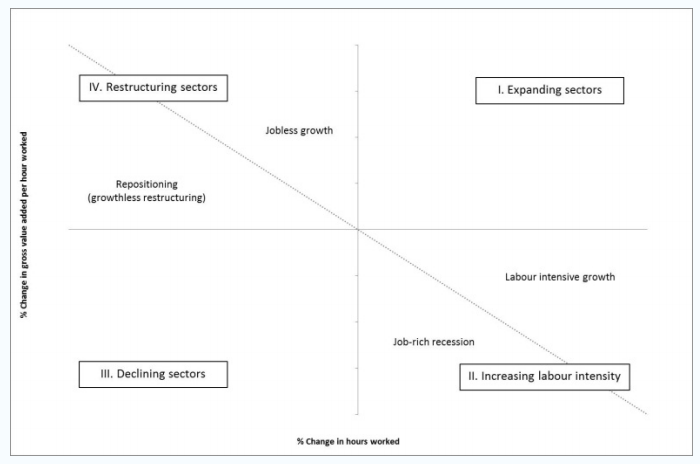 Do tell me which of the four countries locates in 'jobless growth' (early stage of reforms and structural changes working) area? Do note that other area of "Repositioning (growth less restructuring)" - which sounds exactly what it is: mindless demolition of jobs in hope that such a move can improve the remaining average. This is the best the 'periphery' has been able to achieve so far under the watchful eye of the EU Commission boffins.

Posted by TrueEconomics at 9:53 AM