Some recent news from the Russian economy's front.

In recent months we have witnessed some significant slowdown in both investment in Russia and economic growth (see here for the latest signals http://trueeconomics.blogspot.ie/2014/09/392014-russian-services-composite-pmis.html and here for the longer range data: http://trueeconomics.blogspot.ie/2014/08/2882014-state-of-russian-economy.html). But we now have some interesting data on the compositional changes in investment and the numbers are puzzling. As reported by BOFIT, aggregate decline in domestic investment in H1 2014 in Russia was driven by the smaller firms and the 'grey' economy.

Construction and real estate investments rose on foot of new building activity with new apartments completions in H1 2014 up over 30% y/y in terms of numbers and floor area. This is puzzling, as household credit (ex-housing) fell, while housing loans demand remained strong. This suggests a rush to completions associated with the bust dynamics and I would be surprised if this activity carries over into H2 2014-H1 2015 without a major slowdown.

On an outright negative side, investment in machinery and equipment continued to shrink, following the beginning of the strong downward trend that started back in 2013.

Meanwhile, also this week, Russia and China launched the construction of the first section of the Power of Siberia pipeline which is set to deliver 4 trillion cubic meters of gas from Russia to China over the 30 years period, starting in 2019. The pipe was launched from Yakutian Chayanda gas field (which will start production in 2015 and has estimated reserves of 1.2 trillion cubic meters of gas and 93 million tons of liquid hydrocarbons with planned daily production of 25 bcm of gas and 1.5 million tons of oil) and will run 3,968 km and is expected to cost, in the end, some USD20 billion (including USD7.5 billion of associated investments relating to the pipeline to be allocated across the Siberia). But the pipeline will also enable access to other Yakut and Krasnoyarks fields.

Comparative market figures are massive. Europe purchases from Russia some 160 billion cubic meters (bcm) of gas in 2013. China's annual consumption is 170 bcm and this is expected to rise to 420 bcm by 2020.

While China and Russia both build and co-finance the project, steel pipe for the project will be supplied by the Russian company TMK.

Here is map - via @RT - of the new pipelines systems in works for Russian South-East: 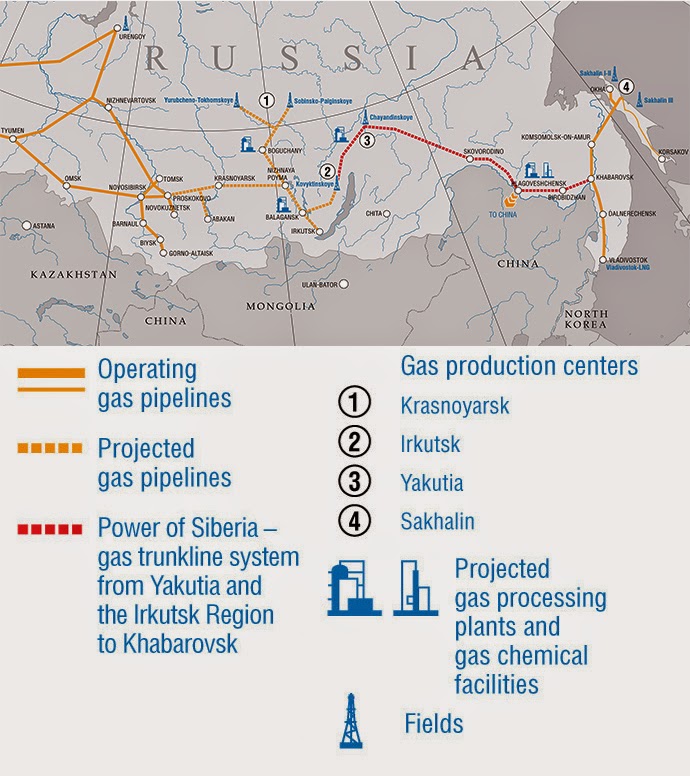 Note: I covered in depth the geopolitical changes in Russian oil and gas development in the earlier note here: http://trueeconomics.blogspot.ie/2014/07/1772014-geopolitics-of-russian-gas-oil.html

Finally, time to update the data for International Reserves position for Russia based on data through the end of August, published today. 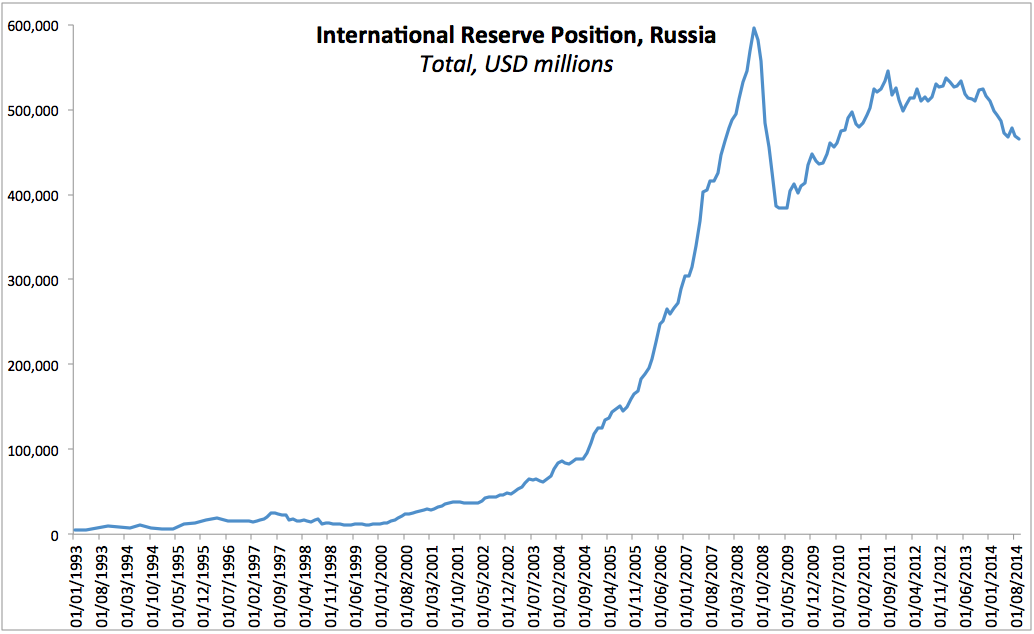 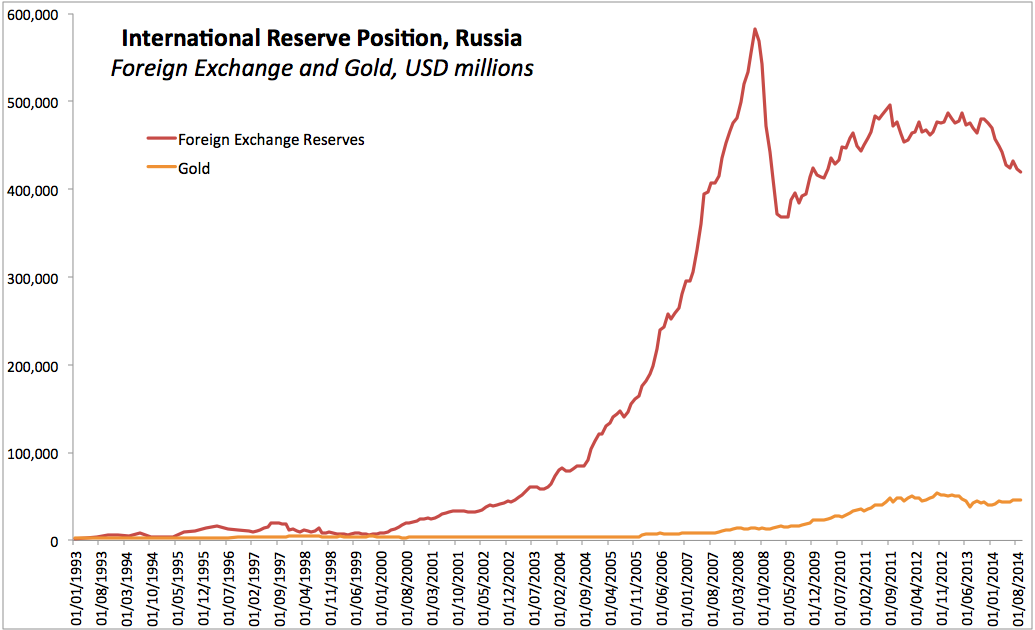 The above is consistent with virtual non-engagement by the Bank of Russia in FOREX markets, as outlined in this note: http://trueeconomics.blogspot.ie/2014/08/2882014-state-of-russian-economy.html.

Posted by TrueEconomics at 5:04 PM