In its latest move in attempting to combat the risk of deflation in the euro area, the ECB pushed the policy interest rate down to 0.05% from 0.15%. Here are some historical dynamics of the rates and comparative analysis of the ECB policy relative to other Central Banks:

Let's start from the historical chart: 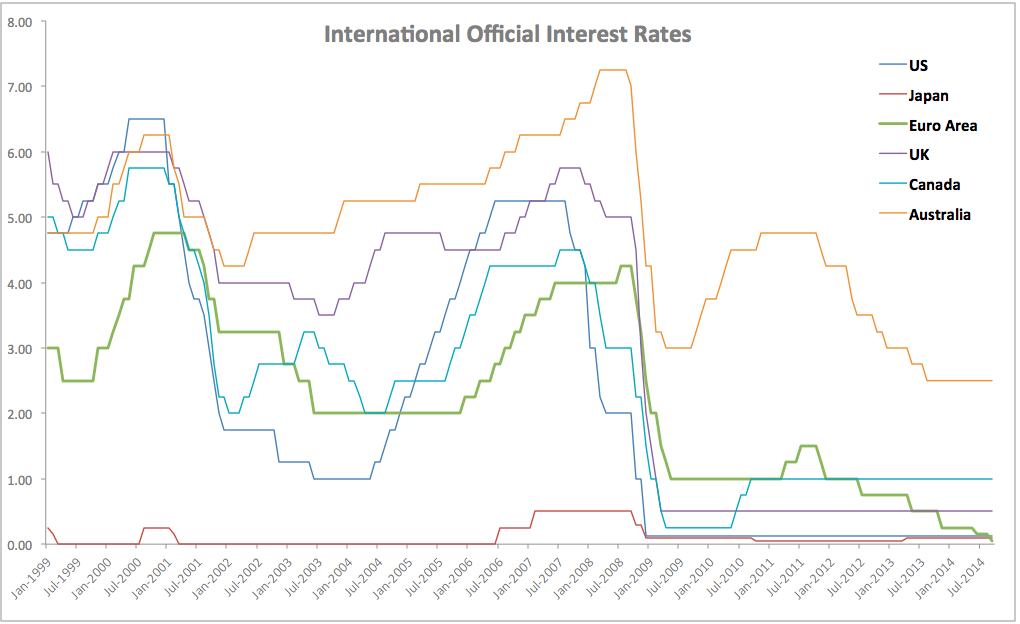 The chart is showing the historical evolution of the rates in six advanced economies. At this stage, we have a statistical convergence between the US, Japanese and Euro area rates at the lower margin feasible.

The dynamics of deviations in the ECB rates from their historical average are shown below: 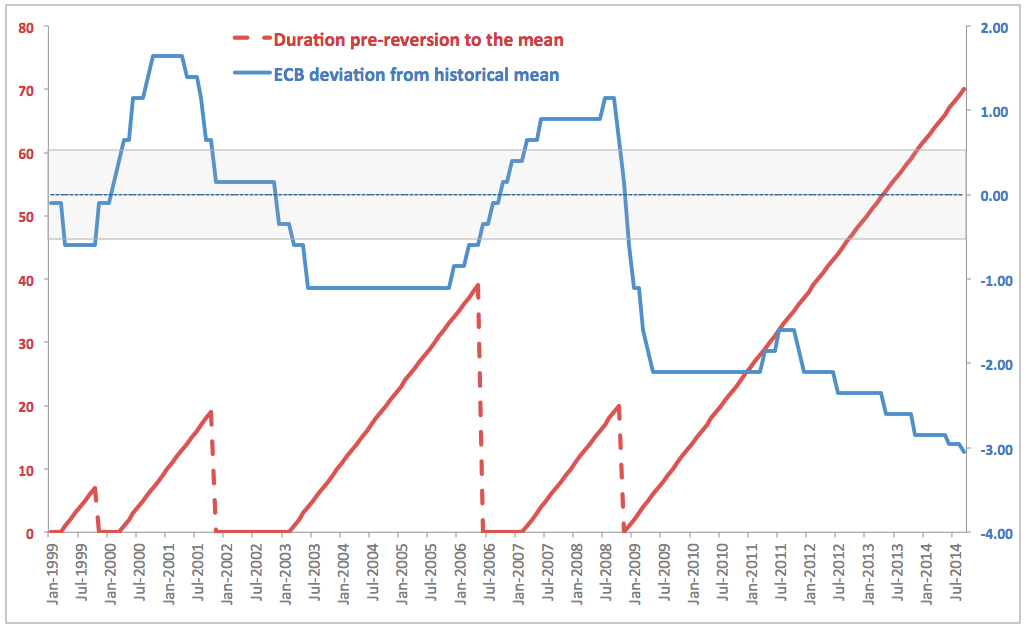 Statistically, mean reversion in rates is now well-overdue and accounting for likely overshooting we are looking at the mean reversion taking the rates above 3.25-3.5%. Total duration of periods of deviation from the mean in the last episodes (for rates both above and below the mean) is 85 months over 9 years and 11 months. Current deviation is already 70 months long and counting. Excluding the 1999 period, which is consistent with the period of early establishment of the euro policy, total length of combined deviations from the historical average is 78 months, just 8 months short of the current period duration.

The higher the hill in the above chart gets, and the deeper the blue line goes, the greater pain will be required to revert the rates to their historical mean. This pain is coming, whether we like it or not and its timing and extent will have nothing to do with the legacy debts in Ireland or with our capacity to service them. It will come on foot of the Big 4 euro states data.

Meanwhile, this will do preciously nothing for the euro area economy. Why? Because the problem in the euro area economy is not the rates on loans to banks or between banks, as illustrated by the chart below. The problem is that policy rates are not feeding through to the retail rates charged on real loans for real companies and households in the real economy: 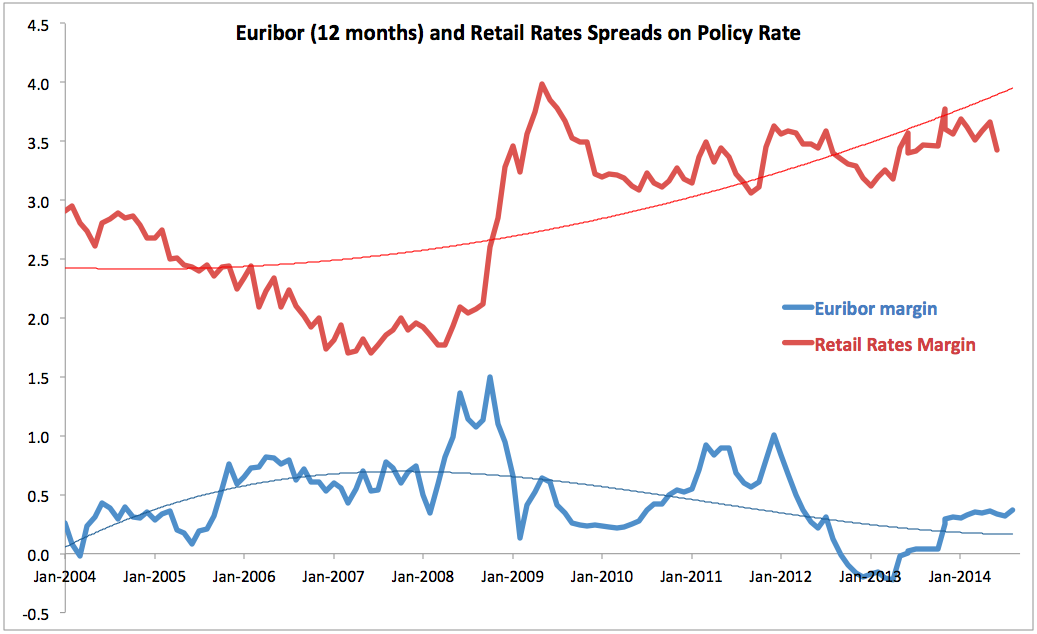 The latest cut in rates is not going to do anything to the above story. And the ECB, so far, has found no means for breaking the financial markets blockage that prevents the policy rate to feed through to the retail rates. Nor, incidentally, has the ECB discovered any means so far to break the cycle of fragmentation in the credit system - the situation where by credit rates for non-financial companies and households diverge between different countries of the euro area.

Two real and actual problems: not cured. One imaginary problem - of official policy not being absurdly accommodative enough - is now addressed. Little done. Loads to be done still... and the future interest rates hikes super gun is loaded, primed and the fuse lit already...
Posted by TrueEconomics at 8:35 PM

Sadly this means nothing to variable rate mortgage holders, the 4.5% rate will not change, and the lack of competition in the market means swopping to a better rate is as good as non existant in the state run banking oligopoly. Looking like a cash printing based "recovery" rather than a consumer led recovery for Ireland.