Per BI: "With caveat on the depth of country-level responses, which can differ widely, this month’s EMEA Economic Cycle Survey presented a mixed outlook for the region.

The consensus of respondents describe Russia, South Africa, Slovenia, Croatia, and the Ukraine to be in a recessionary state, with an even split of economists gauging Kazakhstan to be a in a recessionary or contraction. Over the next two quarters, the consensus shifts toward expansion for only Kazakhstan.

At the 12 month horizon, the consensus expecting all EMEA countries to strengthen or remain the same with the exception of Israel, Kazakhstan, Slovenia, South Africa and the Ukraine. 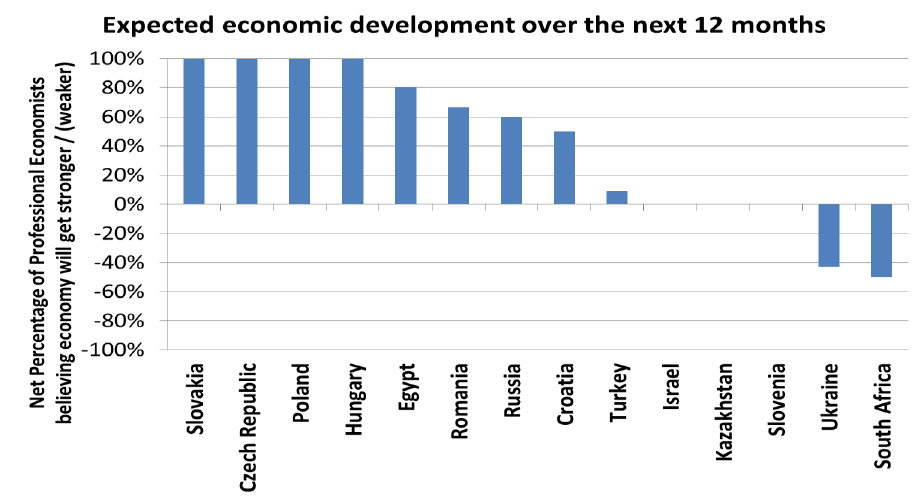 Globally, respondents remain positive on the global growth cycle with a net 71% of 41 respondents expecting a strengthening world economy over the next 12 months – an 7% decrease from the net 78% figure last month. The consensus of economists project mid-cycle expansion over the next 6 months for the global economy."


Note: these views reflect opinions of survey respondents, not that of the BlackRock Investment Institute. Also note: cover of countries is relatively uneven, with some countries being assessed by a relatively small number of experts.