CEPR and Banca d'Italia released their latest Eurocoin forecast for the euro area economy today. Here are the details:

Per Banca d'Italia: "The deterioration in business confidence was counterbalanced by the positive contribution from the improved conditions in the financial markets and the pick-up in industrial activity."

Couple of charts to illustrate: 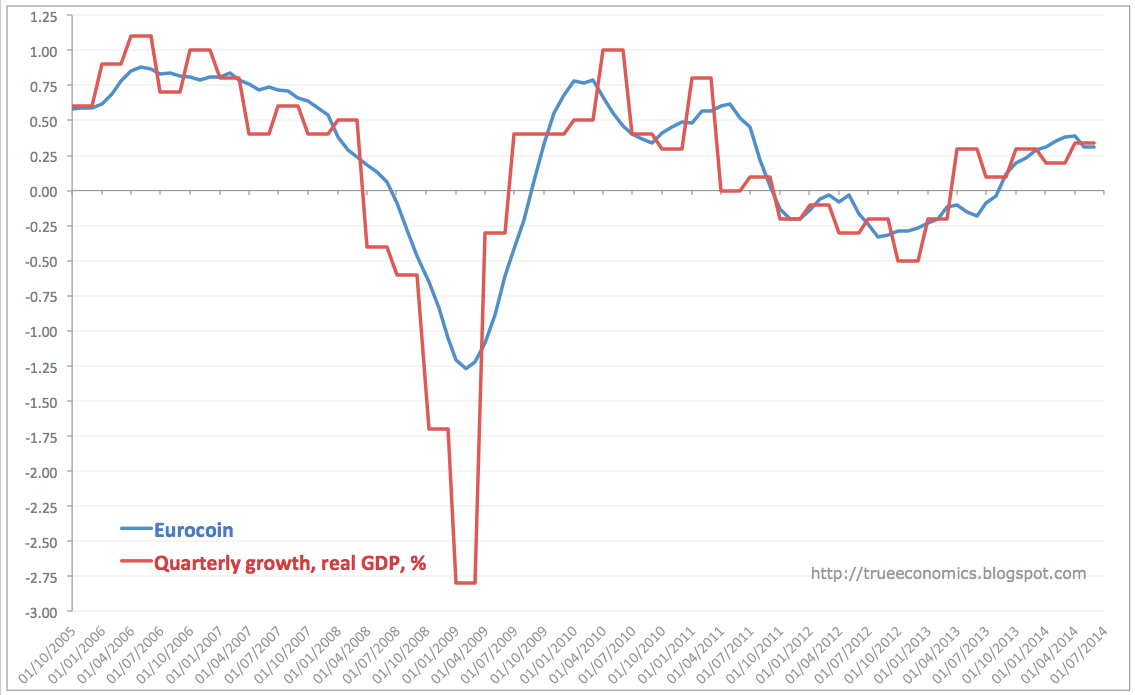 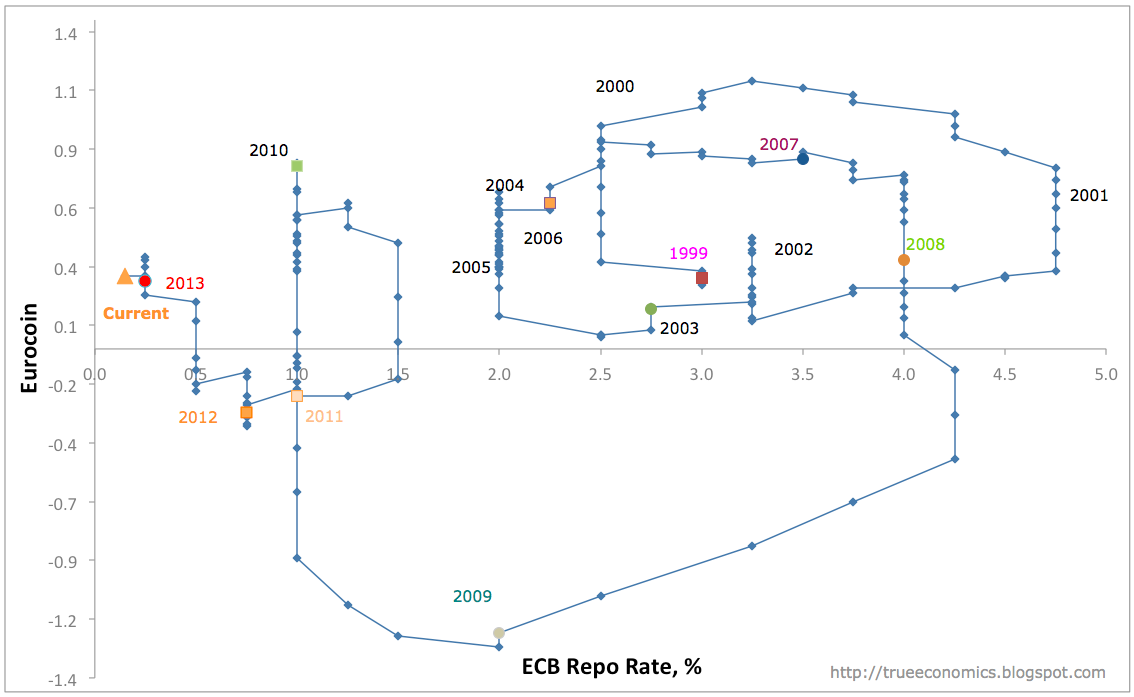 Posted by TrueEconomics at 8:55 AM