Both, Irish Services and Manufacturing PMIs are now out for May 2014 (via Markit and Investec Ireland) and it is time to update my monthly, quarterly and composite series.


Here are two charts showing historical trends for the series: 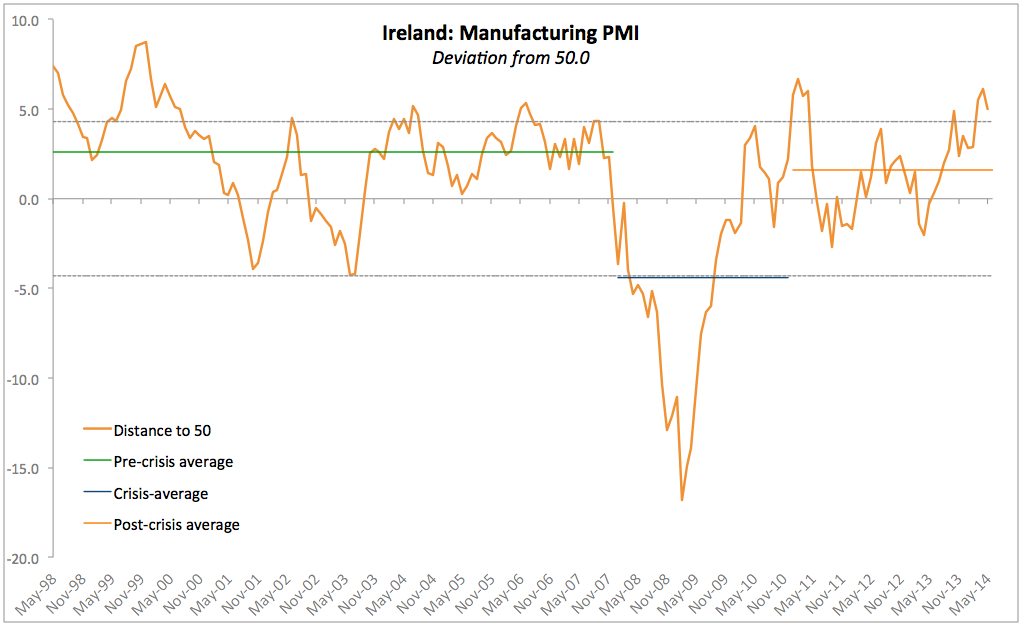 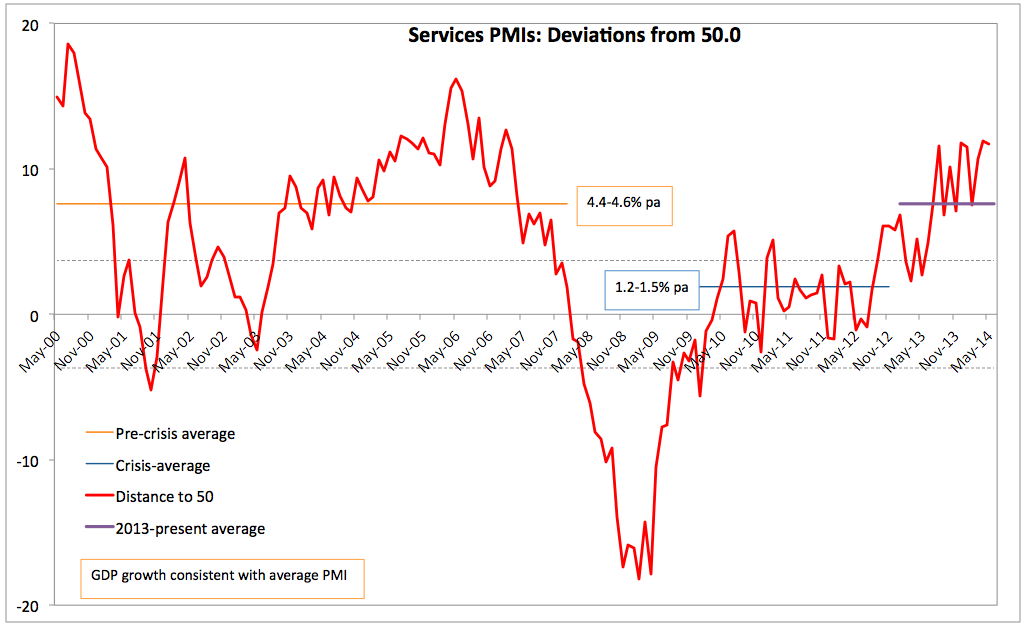 The two series signal economic expansion across both sectors in contrast to May 2012 and 2013: 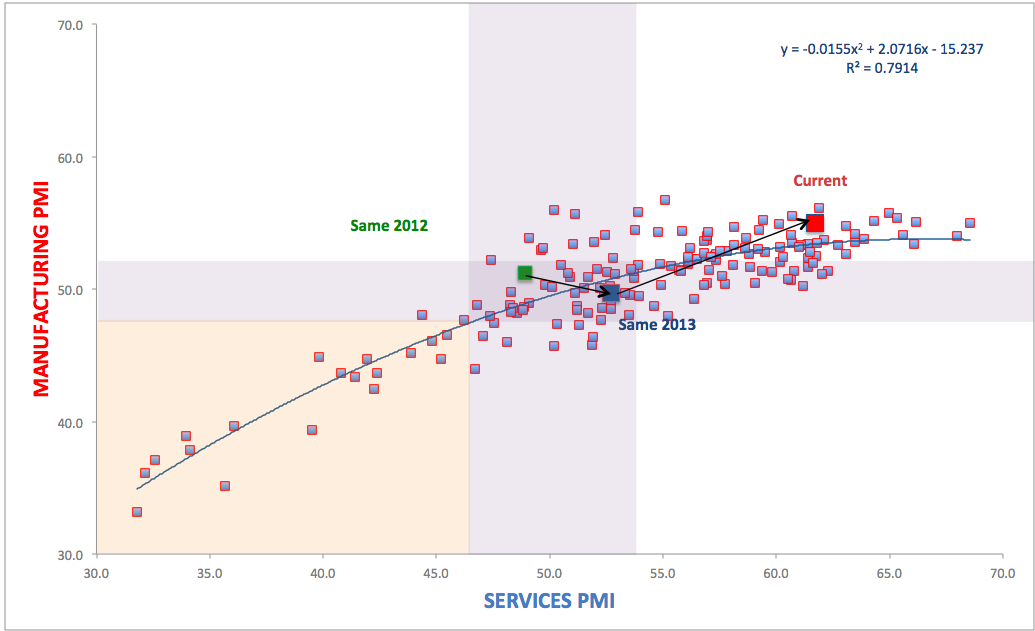 In line with the above chart, rolling correlations between the two PMIs have firmed up as well over recent months, rising from 0.33 in 3mo through February 2014 to 0.5 for the 3mo period through May 2014.

We will not have an update on Construction sector PMI (Markit & Ulster Bank) until mid-month, so here is the latest data as it stands:
Core takeaways:
Next post will cover quarterly data and composite PMI.
Posted by TrueEconomics at 9:50 AM