Some quick stats on trade in goods data out today: 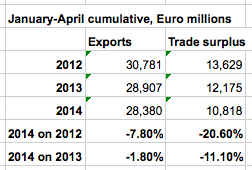 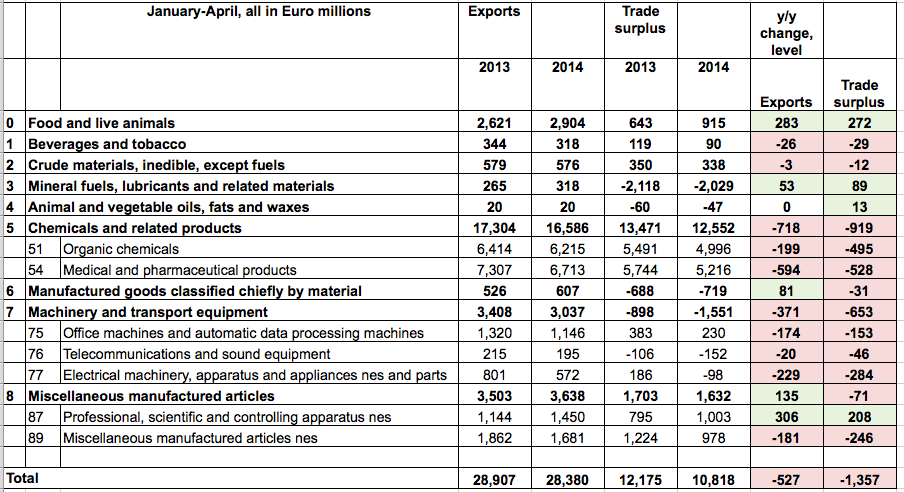 Geographic breakdown of changes in exports and trade surplus is provided in the table below: 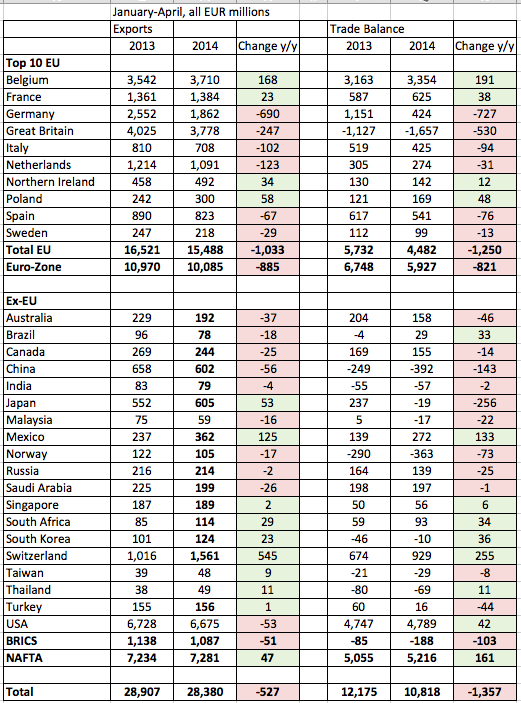 The above shows geographically wide-ranging declines in exports and trade surplus.
Posted by TrueEconomics at 2:31 PM