This the fifth and last post on IMF's assessment of Irish economy released today.

This time around, lets take a look at IMF's past and present forecasts for growth. These are presented as charts, plotting evolution of growth forecasts from June 2011 through June 2014. 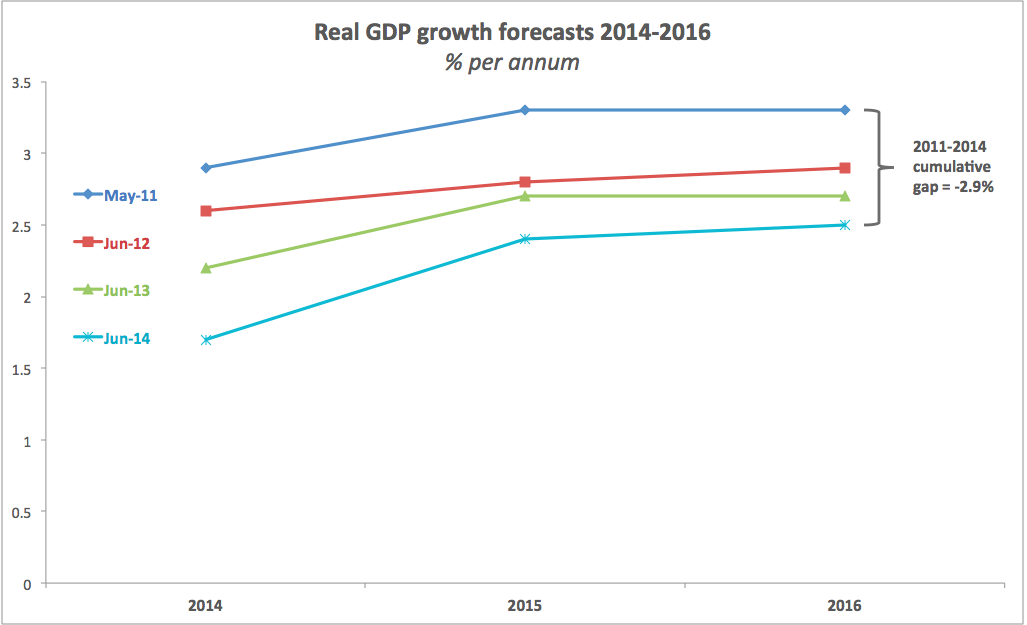 In simple terms, Fund's forecast published in June 2011 saw Irish real GDP growing by a cumulative 9.8% in 2014-2016. A year ago in June 2013 that same forecast fell to 7.8%, and today's forecast is down to 6.74%. Some material difference, disregarding the fact that GDP levels from which the above growth rate have been computed are already lower than assumed back in 2011 or 2013.

Next: Domestic Demand (a combination of private and public consumption, and public and private investment): 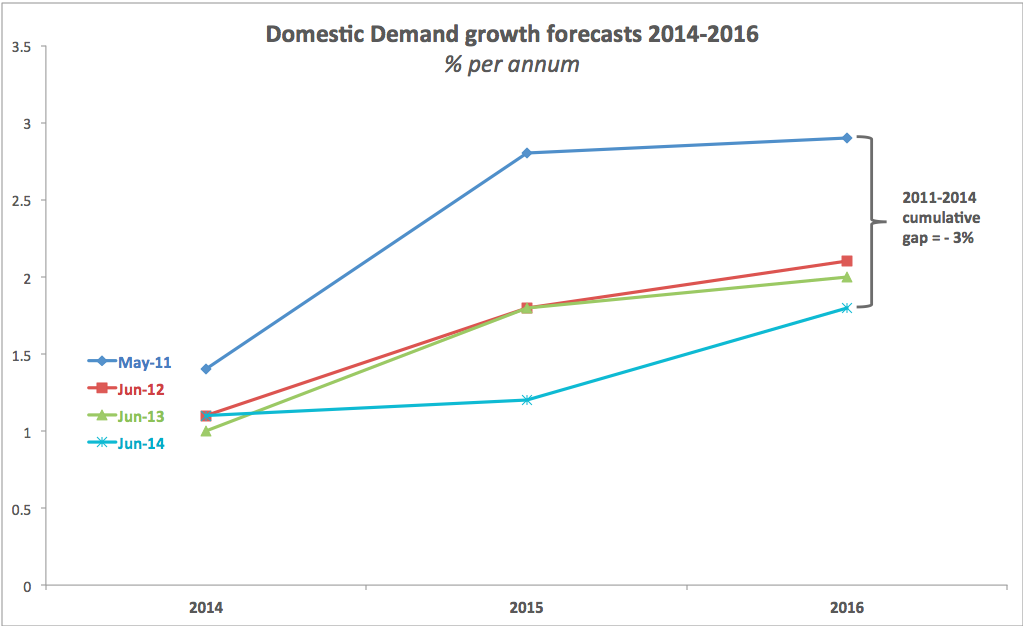 The upgraded forecast for 2014 compared to the Fund predictions published a year ago is a welcome sign. But at 1.1% y/y growth this is hardly consistent with anything more than a stagnation. However, after 2014, the Fund is still projecting ver-lower rates of growth compared to its previous forecasts. In June 2011, the Fund projected 2014-2016 cumulative growth in Domestic Demand to be 7.3%. In June 2013 that same projection was 4.9% and this time around it shrunk to 4.2%.

Next up: exports growth: 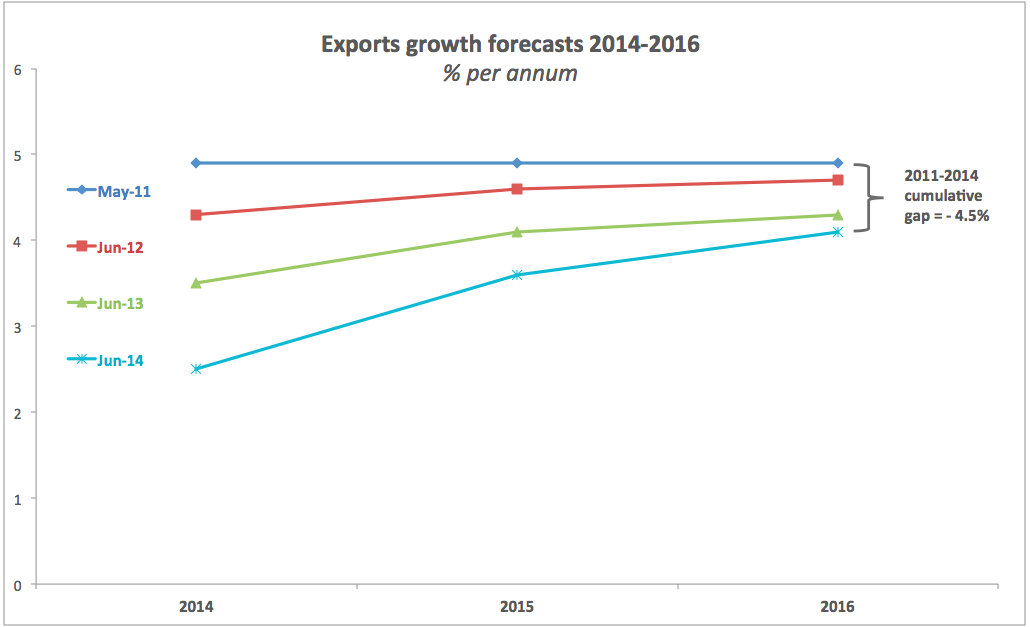 What all of this means in actual cash terms? Here are projections for Nominal GDP: 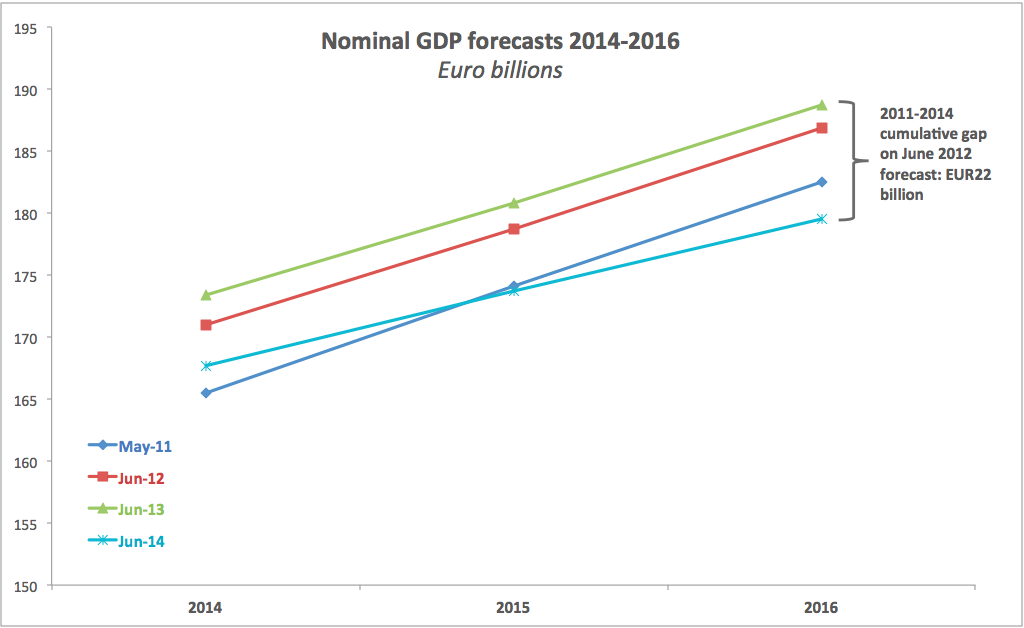 However, IMF also provides us (since 2012) with handy forecasts for GNP growth. These are summarised here: 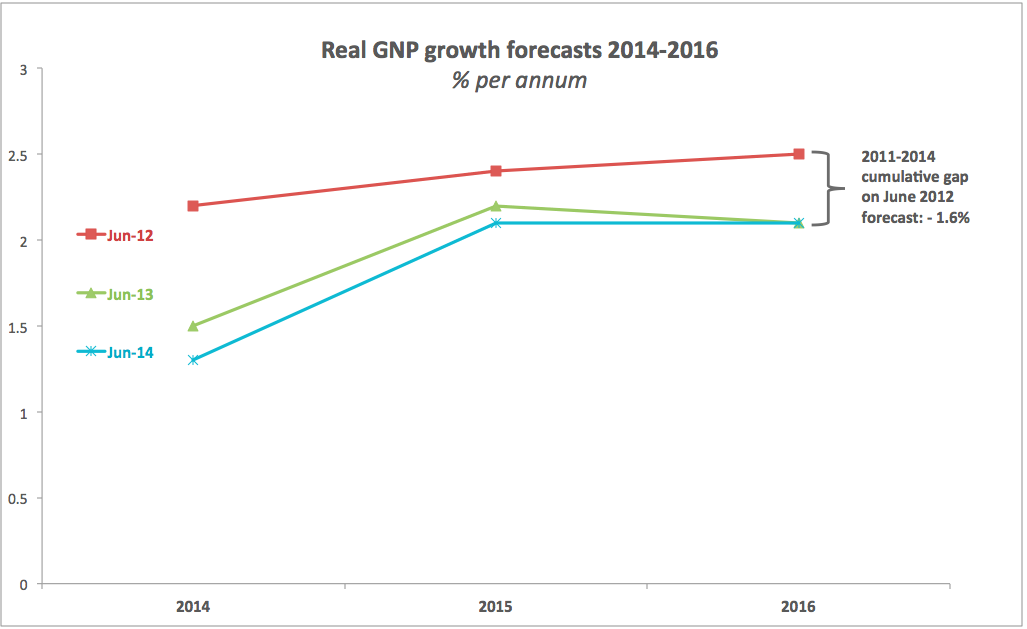 So while the media might celebrate the fact that IMF produced relatively benign outlook for 2014-2016 in its latest assessment of our economy, keep in mind: their projection used to be for the economy to reach EUR188.7 billion by 2016 when they did this exercise 12 months ago, today the expect that number to be EUR179.5 billion. That's 4.5 years of austerity at EUR2 billion that is being planned for 2015…

Posted by TrueEconomics at 7:16 PM