Since time immemorial (ok, since around 2009) Irish Government after Irish Government has been promising the restoration of functioning credit markets. Targets were set for the banks to lend out to non-financial (aka real economy) enterprises. Targets were repeatedly met. Banks have talked miles and miles about being open for lending, approving loans etc etc etc. And credit continued to fall and fall and fall...

And so the story repeats once again in Q1 2014. Central Bank latest data on credit advanced to Irish resident private sector enterprises attests to the lifeless, deleveraging-bound, zombified banking sector. 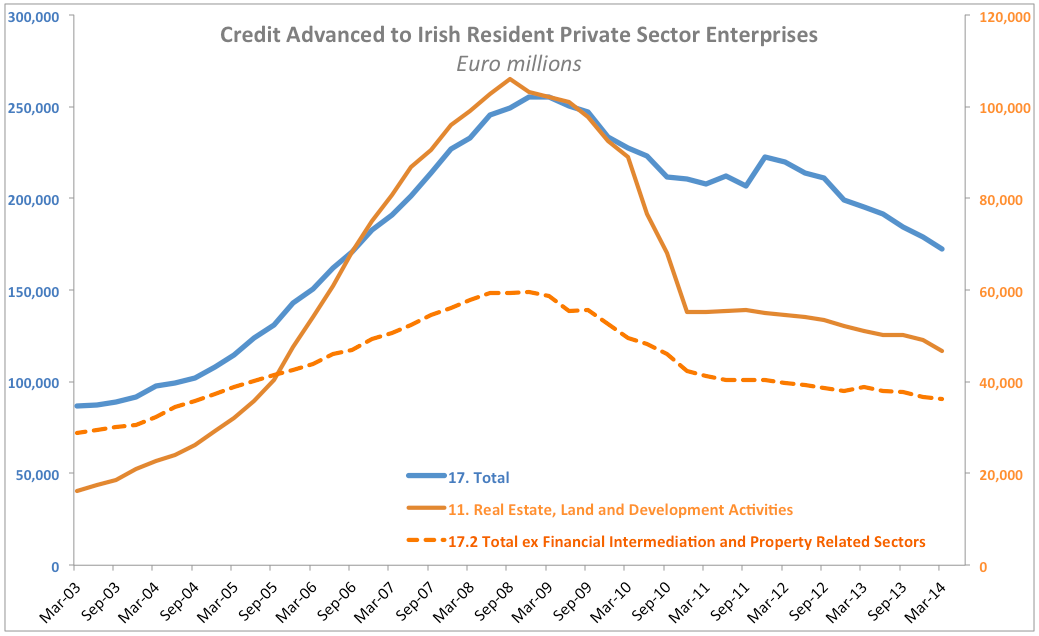 So keep that hope alive... one day, some day... things will be better. Do not forget to give credit to the Government and the Central Bank - they predicted this 'betterment' years ago and like a stopped clock, one day they will be proven right...
Posted by TrueEconomics at 4:44 PM