Updating the database for the other metric: Nominal Expenditure per Inhabitant, Actual Individual Consumption in Euro terms, here are the results:

Over recent years, Ireland sustained significant declines in consumption spending per person living in the country. How severe were these declines? Compared to pre-crisis average (2003-2007) our consumption was down 2.8% in 2013. This is the second most severe impact of a recession on households' consumption after Greece. 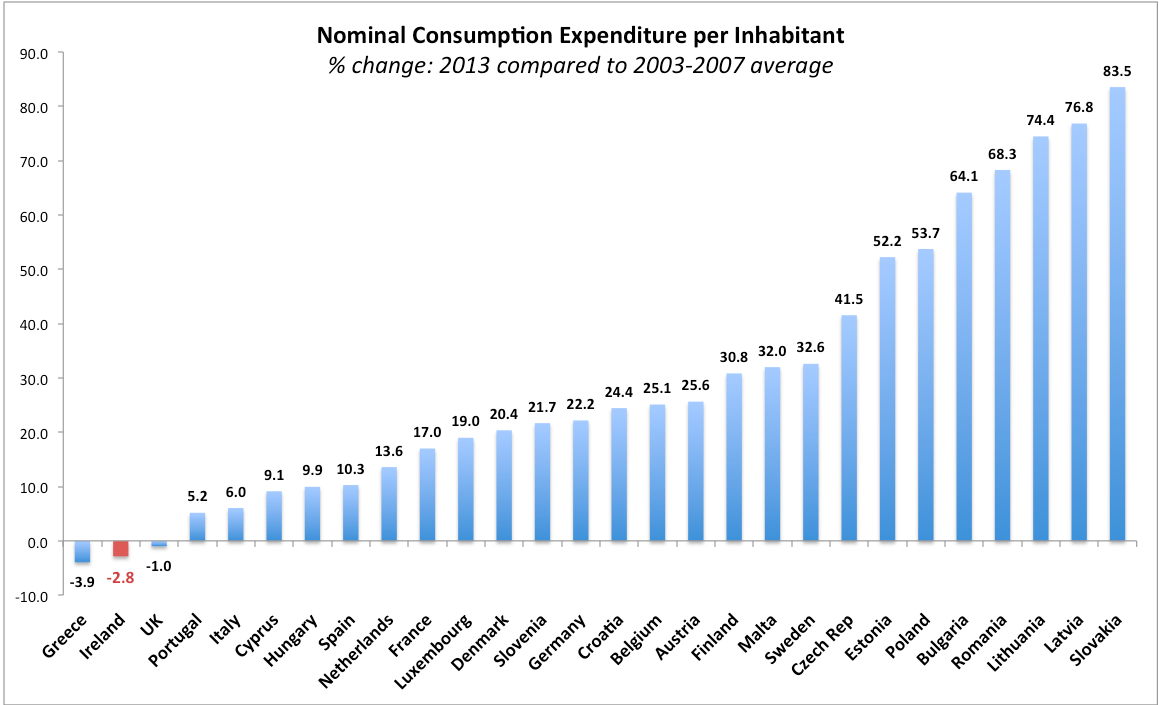 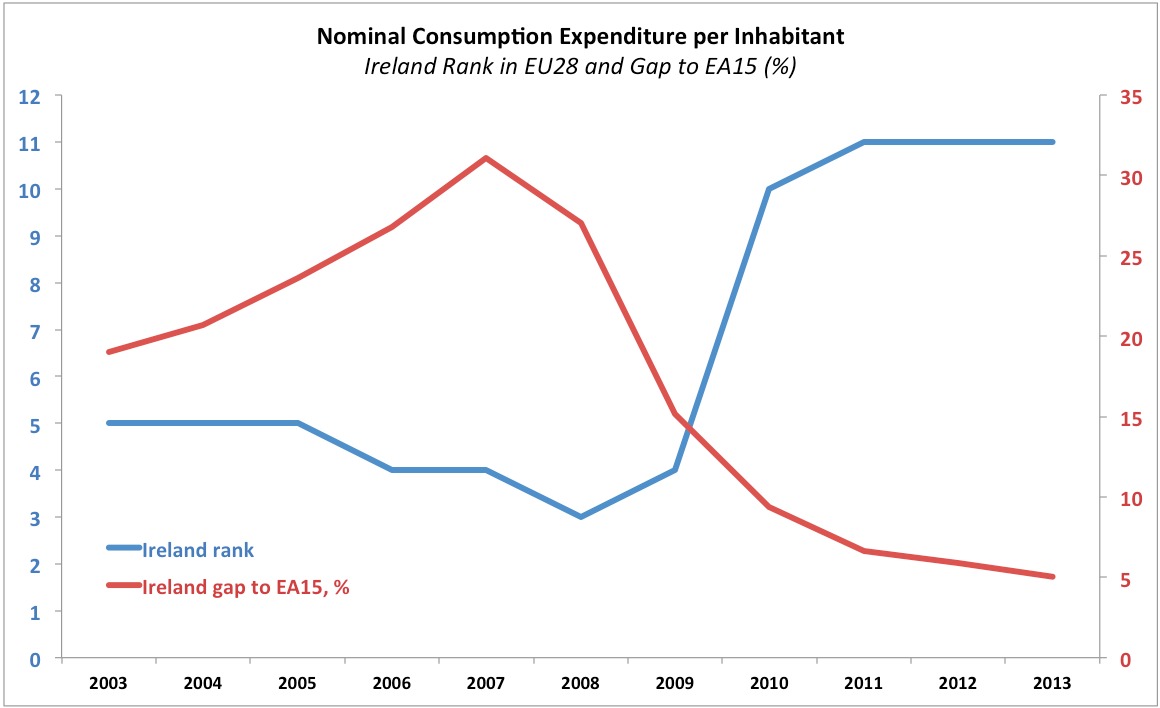 Lastly, in raw numbers terms, our consumption expenditure per inhabitant in 2013 stood at EUR21,565 - below that of any other advanced euro area economy, save the 'peripherals'.

Remember: we have booming consumer confidence, claims of improving retail sales (not much of evidence of such) and generally positive outlook on the economy… and yet, consumption (aka demand) is declining, year after year after year for six years straight... uninterrupted.
Posted by TrueEconomics at 9:46 AM