Per IMF: "Growth is expected to firm to about 2.5  percent from 2015, with a gradual rotation to domestic demand despite little support from credit initially. Risks appear broadly balanced in the near term, but are tilted to the downside over the medium term, in part owing to risks to reviving financial intermediation which is important for sustaining job rich domestic demand growth."

"Strong domestic indicators and an improving external environment support staff projections for real GDP growth of 1.7 percent in 2014. Recent World Economic Outlook projections put growth of Ireland’s trading partners at 2 percent, driving export growth of 2.5 percent." Oops… but a tar ago the Fund said in 2014 we shall have 3.5% exports expansion… In fact, the fund downgraded Irish exports growth from 3.7% in 2015 to 3.6% between December 2013 and today's forecasts.

"Final domestic demand is expected to expand by 1.1 percent, led by investment, with significant upside potential given the investment surge in the second half of 2013. A modest ó percent increase in private consumption reflects rising incomes driven by job creation and improving consumer confidence. Public consumption will remain a drag on domestic demand as public sector wage costs continue to decline under the Haddington Road agreement." Wait… so consumption and domestic investment are booming. And IMF is moving forecast for 2014 for final domestic demand from 0.4% in December 2013 to 1.1% now. But materially, IMF forecast did not change that much: it was 1% for 2014 in June 2013, 1.1% in June 2012 and 1.4% in May 2011. And this is against a shallower GDP base since then! In other words, growth is improving forward because it disappointed in the past... 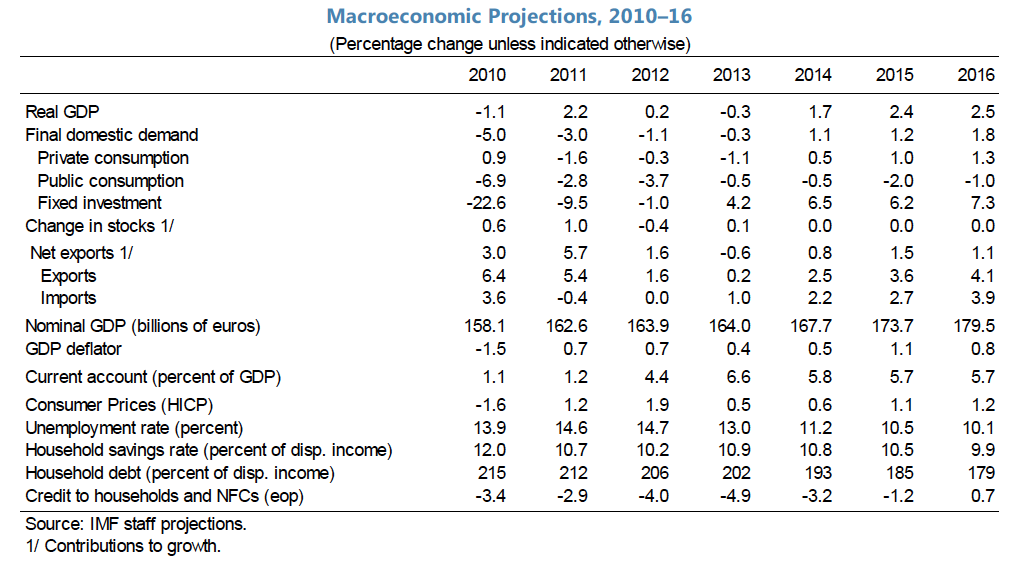 Neat summary of risks around recovery: "prospects appear broadly balanced in 2014–15 but tilted to the downside over the medium term. Staff’s growth projections lie at the bottom end of the forecast range for 2014, and near the median for 2015, with sources of upside to both exports and domestic demand. Key risks include:


Surprisingly, IMF lists no risks relating to households or SMEs, despite pointing at these in relation to the banks. Which implies that the Fund sees no difficulty arising in the households and SMEs sectors from banks aggressively pursuing bad debts, but it sees risk of this to the banks. I am, frankly, puzzled. 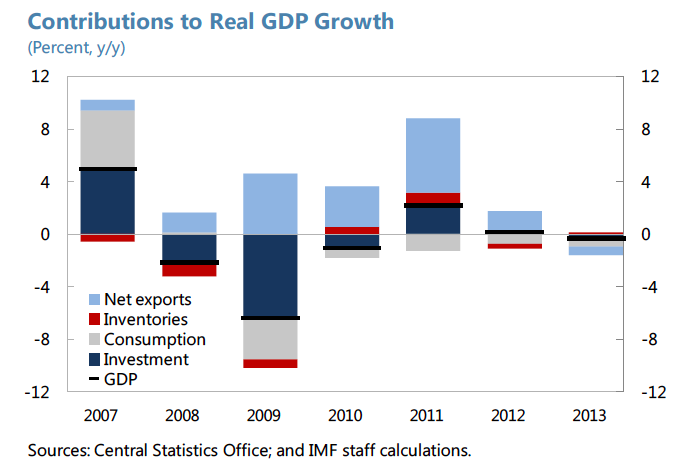 Next post: IMF growth projections: a trip through the years...
Posted by TrueEconomics at 7:12 PM