This is the last 2013 WLASze: Weekend Links on Arts, Sciences and zero economics.


Last WLASze touched upon the festive season, quoting from Joseph Brodsky…
"Emptiness. But the mere thought of that
brings forth lights as if out of nowhere.
Herod reigns but the stronger he is,
the more sure, the more certain the wonder."

Here's a retrospective reminder, incomplete and perhaps not multi-faceted enough, but still poignant, of that Emptiness and Herod interplay in our lives at the brutalist Berlin Wall:
http://life.time.com/history/berlin-wall-photos-from-the-early-days-of-a-brutal-cold-war-symbol/?iid=lf%7Cmostpop 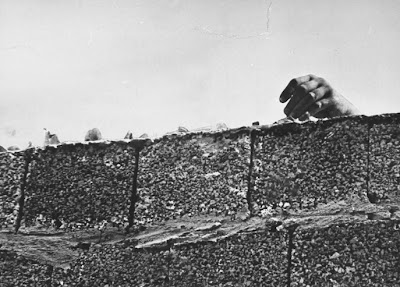 Returning back to year-end themes of recalling 2013 before it fades away some 51 hours from now:
http://www.businessinsider.com/sciences-2013-breakthroughs-of-the-year-2013-12
Two of my favourite discoveries of 2013 are:
1) Use of structural biology to generate a new vaccine against respiratory syncytial virus (RSV), and
2) Discovery of the evidence that "at least some cosmic rays come from exploding stars"

As I suggested in relation to some other discoveries, this one will challenge more our ethics than our scientific minds...


From bad, to good: "The Desire for Freedom. Art in Europe since 1945" is a new exhibition at Museum of Contemporary Art Krakow that "explores the socio-political undercurrents of European art since 1945 through to the present day."
http://en.mocak.pl/the-desire-for-freedom 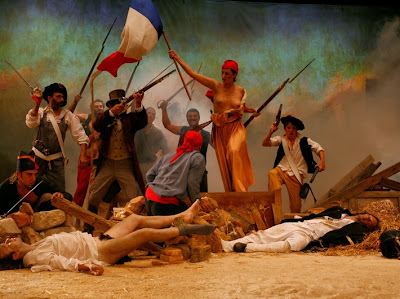 You can (and should) always rely on art to lift the spirits that science occasionally dents... though French art rarely does this nowadays...


I have been critical before about architectural (and commercial) exploits of natural space for a quick gratification of senses (and cash). Here is a counter-point:
http://wordlesstech.com/2013/12/26/step-void-alps/
Perhaps it is an anchoring bias in me (I love mountains more than any other place on earth) or the aesthetic desire for air and space, but I love this observation 'room' concept and execution. 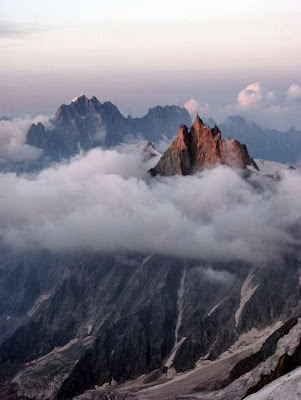 And while on WorldlessTech page, here's another fantastic project - merging visual power of art to bring down the aesthetic refuge of poetry closer to people:
http://wordlesstech.com/2013/12/07/opiemmes-journey-painting-poetry/
As Robert Lowell put it:
"The painter’s vision is not a lens,
it trembles to caress the light."

Or why not in full glory?

***
Epilogue
BY ROBERT LOWELL
Those blessèd structures, plot and rhyme—
why are they no help to me now
I want to make
something imagined, not recalled?
I hear the noise of my own voice:
The painter’s vision is not a lens,
it trembles to caress the light.
But sometimes everything I write
with the threadbare art of my eye
seems a snapshot,
lurid, rapid, garish, grouped,
heightened from life,
yet paralyzed by fact.
All’s misalliance.
Yet why not say what happened?
Pray for the grace of accuracy
Vermeer gave to the sun’s illumination
stealing like the tide across a map
to his girl solid with yearning.
We are poor passing facts,
warned by that to give
each figure in the photograph
his living name.
*** 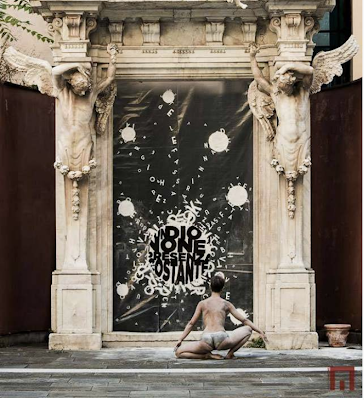 Reminds you of Russian Constructivists' efforts to achieve the same, except for the purpose of delivering an ethical message, not an aesthetic one… 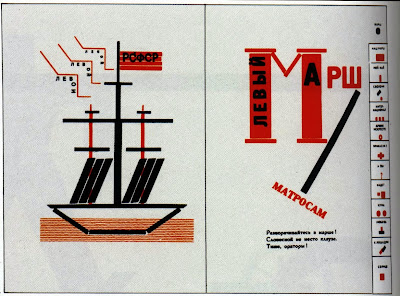 
One of the best photographers to come out of Ireland - superb Paul Gaffney - reviewed in the British Journal of Photography back in November: http://www.bjp-online.com/2013/11/we-make-the-path-by-walking-by-paul-gaffney-book-review/ 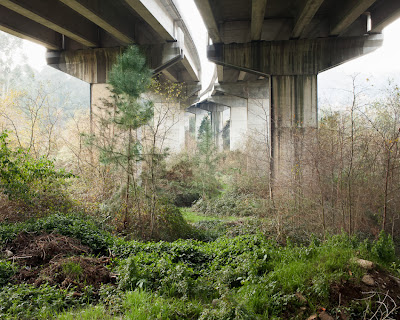 Enormity of life abandoned by concrete of the road above… fragility of rebirth and power of determination? Artist's page here: http://www.paulgaffneyphotography.com/


And the Book I want this New Year is…

Xu Bing, Book From the Ground: Point to Point, Guangxi Normal University Press, 112pp
More on it here: http://languagelog.ldc.upenn.edu/nll/?p=4353 This is a book that promises to defy all conventions of language to reinforce the convention of semiotics (or proto-language, if you want)… it is an unconventional tome which features no words. Instead, book's content is formally derived from symbols, marks, doodles, etc. The narrative tells the story of “Mr Black” who is supposedly "a white-collar worker living in a modern metropolis". This is an attempt to bring communications outside the confines of language and I want to see if it delivers on the promise… 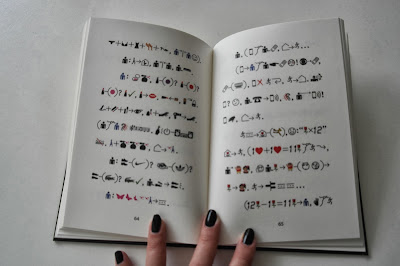 Alas, I suspect that by 'defying all conventions' of writing, it in a way returns us back to the fact that evolved written languages are alive today for a good reason... perhaps they need translation or learning, perhaps they are cumbersome in that, yet they do function to deliver the meaning, right? Try writing WLASze in something that looks like the above?..


Happy New Year to all!

Remember what Auden said about Poetry in his New Year Letter?
“Poetry might be defined as the clear expression of mixed feelings.”
May we have both in 2014, but more of the former, whilst in the latter more of the better...
Posted by TrueEconomics at 9:41 PM