QNA results came in strong at the headline levels for Q3 2013. These were covered here: http://trueeconomics.blogspot.ie/2013/12/19122013-good-gdp-gnp-growth-headlines.html

Now, let's take a look at the GDP decomposition by expenditure line. I am referencing throughout non-seasonally adjusted series for y/y comparatives. All in constant prices. 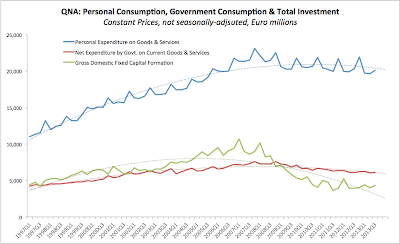 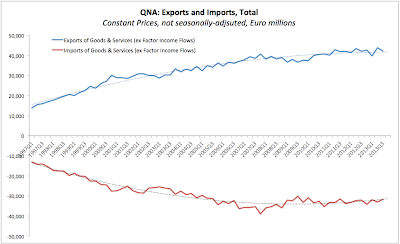 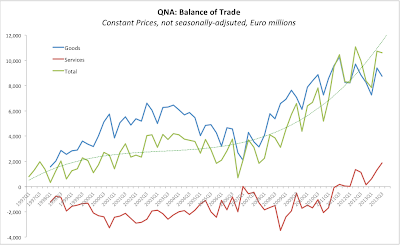 Thus, on the expenditure side of the National Accounts, Q3 2013 gains in GDP were supported by


The GDP dynamics were adversely impacted by declines in:


Volatility remains a dominant theme in quarterly data analysis, so it is worth looking at the figures for the first 3 quarters of the year. This will be done is the next post.
Posted by TrueEconomics at 11:11 PM