This is WLASze: Weekend Links on Arts, Sciences and zero economics. Enjoy:


BARBARA KRUGER show is out in Bregenz, Austria with a show "Believe + Doubt" through January 12 - an absolutely brilliant nostalgia for the 1980s art that still goes on primarily because of its capacity to contextualise reality without relying on referencing visual techniques that age (e.g. 1970s minimalism) or semiotics of neo-geometrism, neo-pop and much of free figuration that became quickly over-exposed and exhausted.

Last time I saw Kruger's work it was some years ago in Berlin. And although I prefer another Typographist - Jenny Holzer - Kruger's work still strikes me as fresh, powerful and well-balanced when it comes to the juxtaposition of the medium, exhibition space and context.

Pdf of the catalogue:
http://www.kunsthaus-bregenz.at/kruger/Einladungsheft_BarbaraKruger.pdf 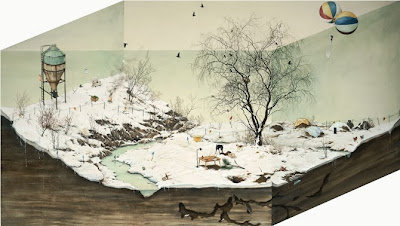 Haunting paintings that visualise philosophical vignettes - brief, momentary contemplations over the remnants of memory of an event, infused with traces of emotions. Floating islands dissected in an almost quasi-scientific ways, the paintings are full of relics, artefacts of memory. A quote from the artist: "Life wanders, but memories remain" (http://www.artistjinju.com/Artist-s-Note). 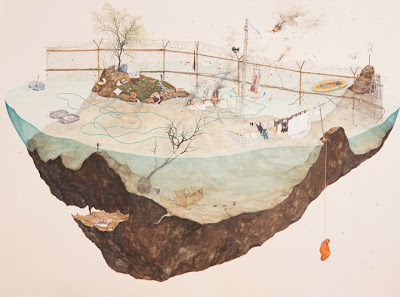 And a fragment of the above: 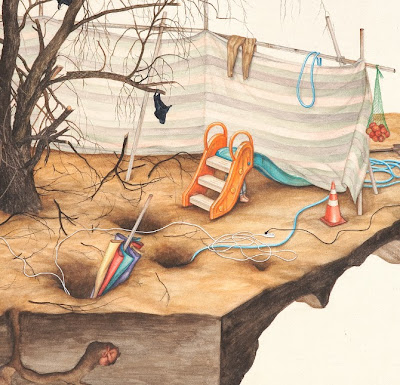 There is quiet, or rather icy elegance to her work.

In woods of Cate Marvin:
"You strip the cut, splice it to strips, you mill
the wind, you scissor the air into ecstasy until
all lawns shimmer with your bluest energy."

A very interesting work by Christian Zander aka the Emperor of Antarctica, blending graphic design and art into contemplation of texture and depth. Contemplation driven by endless continuity of image...
http://blog.houseandbike.com/ 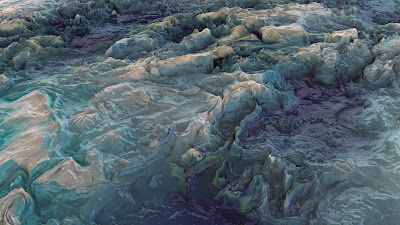 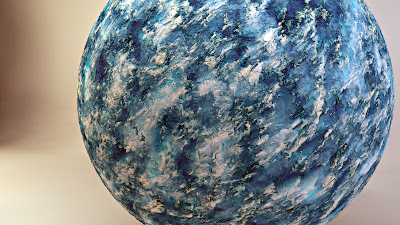 Drawing on the end of 2013, a retrospective video covering top stories from 2013 relating to exploration of the Cosmos: Exploring the Beyond: Top Space Stories in 2013 http://on.wsj.com/1kafjQL

Again on the theme of 2014, this time moving history into the near-future: http://www.theartnewspaper.com/articles/Rush-to-remember-/31087
Russia is about to open a museum dedicated to WW1 (100th anniversary is due next year) and the concept of this museum will have (or at least promises to have) a twist…

Posted by TrueEconomics at 1:45 AM