Residential Property Price Index for Ireland (RPPI) for August 2012 is out today, triggering a torrent of usual commentary - some optimistic, some more bleak, depending on the focus of the analysis reported. Here are the facts: 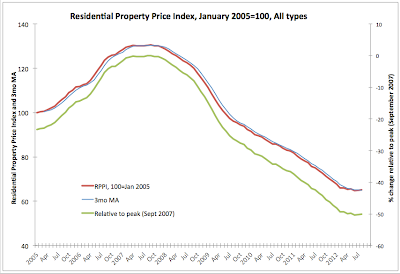 Note, not a factual, but 'interpretative observation, we are seeing some attempts in the market to 'bottom out'. This does not mean that the market will bottom out here, but it does represent a first such instance of an attempt in the market.


Chart on this below (after Apartments analysis). 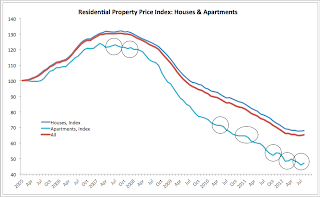 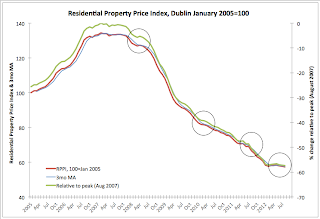 I will be blogging later tonight on my forecasts for 2012 prices and on impact of these prices changes on Nama balancesheet, so stay tuned.

Posted by TrueEconomics at 5:17 PM