With some delay, here's the analysis of latest Consumer Price Inflation data for Ireland for August 2012: 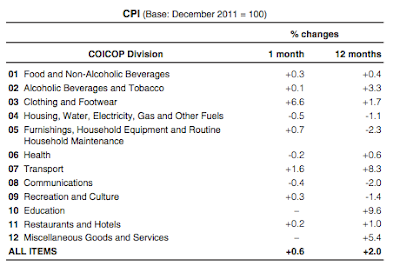 Note: I will blog on overall inflation trend separately in the next post. 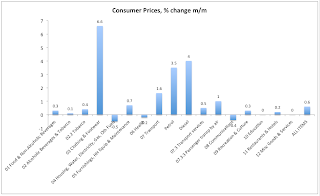 Big spikes are in: 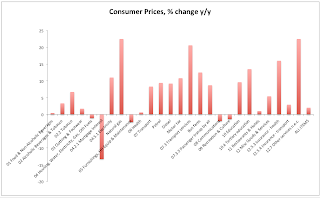 The above clearly shows that most of the inflation on annual basis remains concentrated in the state controlled sectors (either via regulatory price hikes or direct state taxation and charges effects or via semi-states hiking prices on their own). Note that even in the 'Other Services' category, the inflation is driven by household charge being added in April 2012.

The Government strategy is clear, albeit, unlike the previous Government, the current one stays away from openly declaring this: milk Irish consumers for every penny they got via higher charges and state-captured prices. In effect, much of the price increases not caused by direct state taxation are still a form of taxation as the Government collects higher VAT and other taxes on those goods and services, provision of which it controls via semi-state bodies.
Posted by TrueEconomics at 7:46 PM