There are several major roadblocks for devising and implementing a functional road map to deliver peaceful de-escalation and ultimately resolution of the conflict in the Ukraine. Some are quite directly logistical (this does not make them any less important, although this does imply different approach to dealing with them). But some are policy-related. One of the more frustrating aspects of the conflict to-date is the apparent lack of understanding and bridging between Russian position, Ukrainian position and the Western position. The three positions differ both on the desired objectives and the potential means for achieving them.

To-date, there has been no credible or functional plan to bridge the gaps, with possible exception of the February 2014 agreement that was derailed (under the EU and US cheers) by the Ukrainian side.

This is why the following initiative, outlined in The Atlantic today is of such a huge importance: http://www.theatlantic.com/international/archive/2014/08/a-24-step-plan-to-resolve-the-ukraine-crisis/379121/ 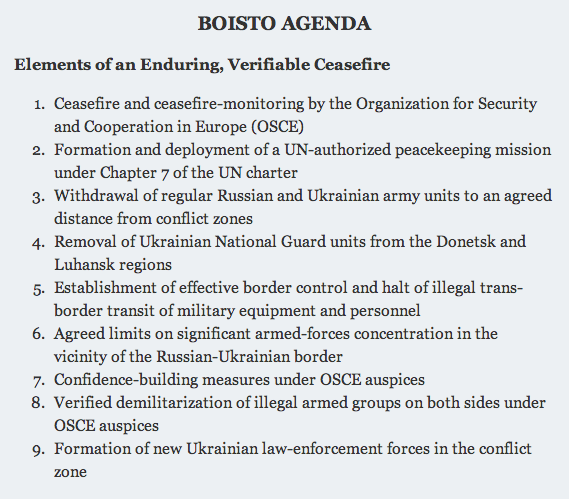 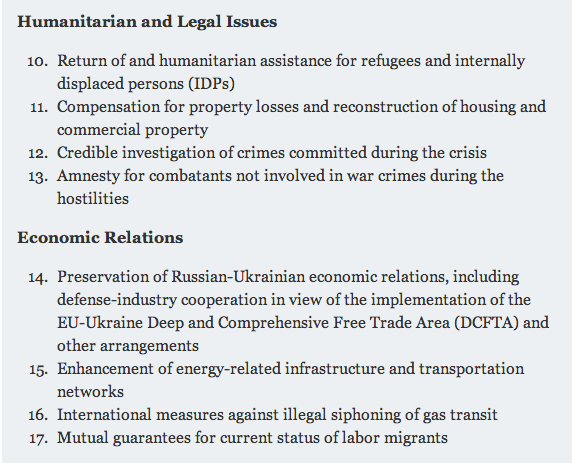 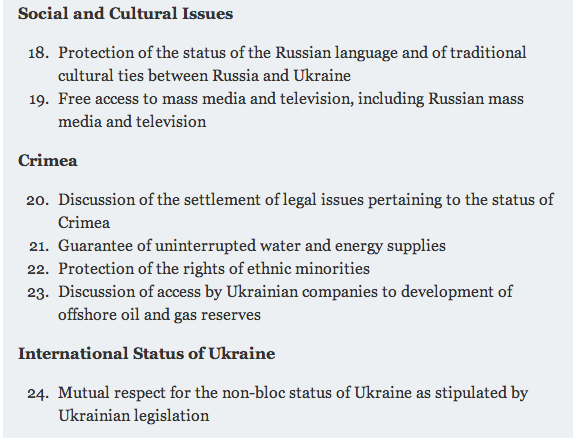 Russia loses ex-ante 'federalisation' position, but gains strong assurances and supports for the ethnic Russian-speaking minorities and immediate cessation of hostilities. Moscow also gains in assurances that Ukraine is not going to join Nato and that normalisation of trade and investment regime with EU can happen sooner rather than later.

Ukraine loses a chance to go 'scorched earth'-style on separatist territories, preparing them for re-Ukrainisation over time. It also loses on Ukrainian nationalists' staunch insistence on treating Russian language as a secondary language. Some in Kiev administration also lose out on the potential for joining Nato. Kiev does gain, however, external, independent monitoring of its border with Russia and the situation in the East, alongside the disarmament and demilitarisation of the separatists. Kiev also gains a chance to build up, gradually, the region to win back its allegiances. Ukraine wins a chance to formally engage with Russia on Crimea, aided by the EU and US within the new international structure.

And both Moscow and Kiev can benefit from restoring trade flows and Ukraine's access to the Customs Union trade.

Nato gains: it no longer has to face the unwelcome prospect of having to deal with Ukraine's possible application for membership.

EU gains: it no longer has to face unilateral subsidisation of the  new 'client state' as vast as Ukraine and the risks of gas and energy flows disruptions will be minimised.

Is the plan above 'perfect'? Of course not. But it is pretty good.
Posted by TrueEconomics at 5:02 PM