Much has been already said about the disastrous GDP data for Q2 2014 posted today by the Eurostat.

Here is to add to the pile... Starting with the Eurostat grotesque or pathetic - or as I put it EUrwellian - language headlining zero growth as 'stable' performance:

I covered slowdown in the industrial production in the EU here: http://trueeconomics.blogspot.it/2014/08/1482014-euro-area-industrial-production.html

And as far as leading economic indicators go, today's miss on expectations is largely driven by the fact that said expectations for positive growth were based on superficially-optimistic data: PMIs, investors' surveys and asset markets performance (see here: http://trueeconomics.blogspot.it/2014/07/3172014-deflationary-trap-eurocoin.html).

But here's a much more worrying bit: there is preciously little in the data to be surprised about. Euro area has been sick - when it comes to growth - not for a quarter, nor for a year, not even for a decade. Here is a chart showing average annualised rates of growth over longer periods of time: 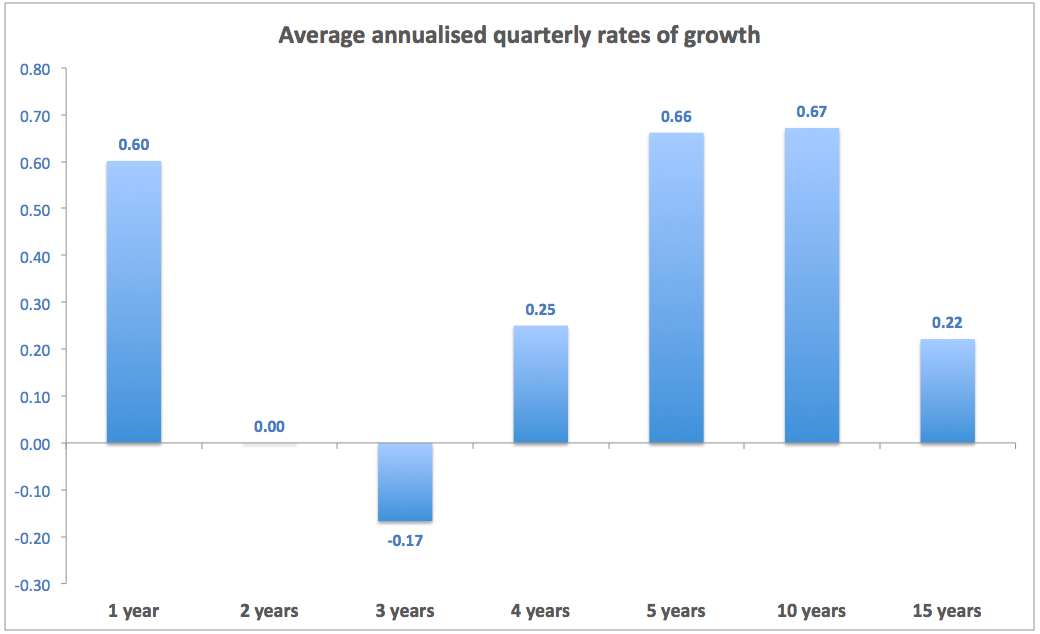 In no period (and I computed the above series for every 12 month period average from 1 year through 15 years) did the euro area average longer-term growth reached above 1% per annum.

The main point of this can be best seen by removing the extreme underperformance during the peak of the crisis and taking a trend, as shown in the chart below: 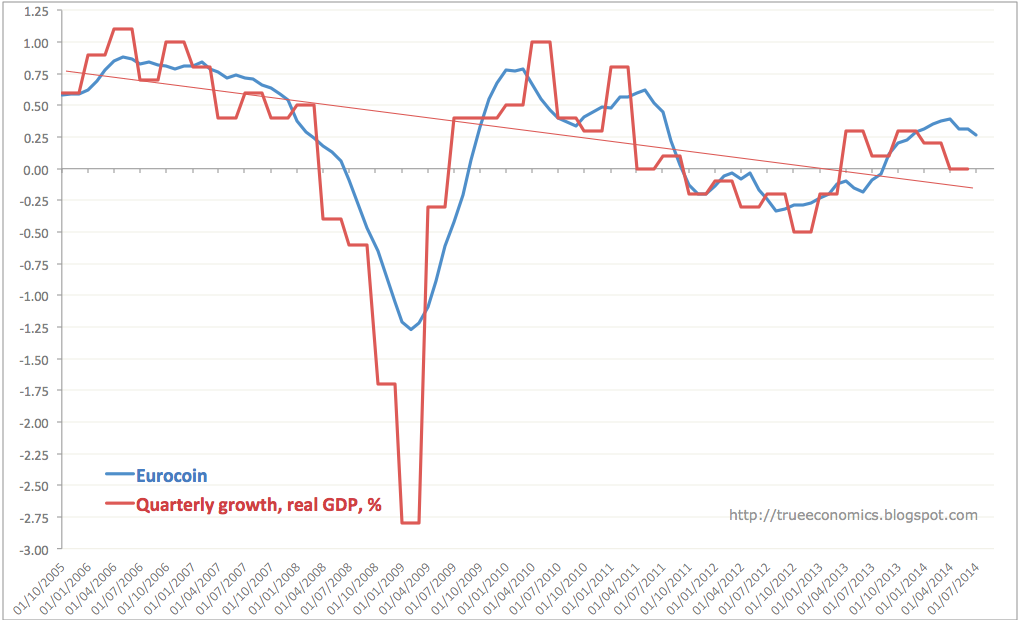 As the red line clearly shows:


There is a structural or a very-long-run recession/stagnation in the euro area and it coincides with two other factors: 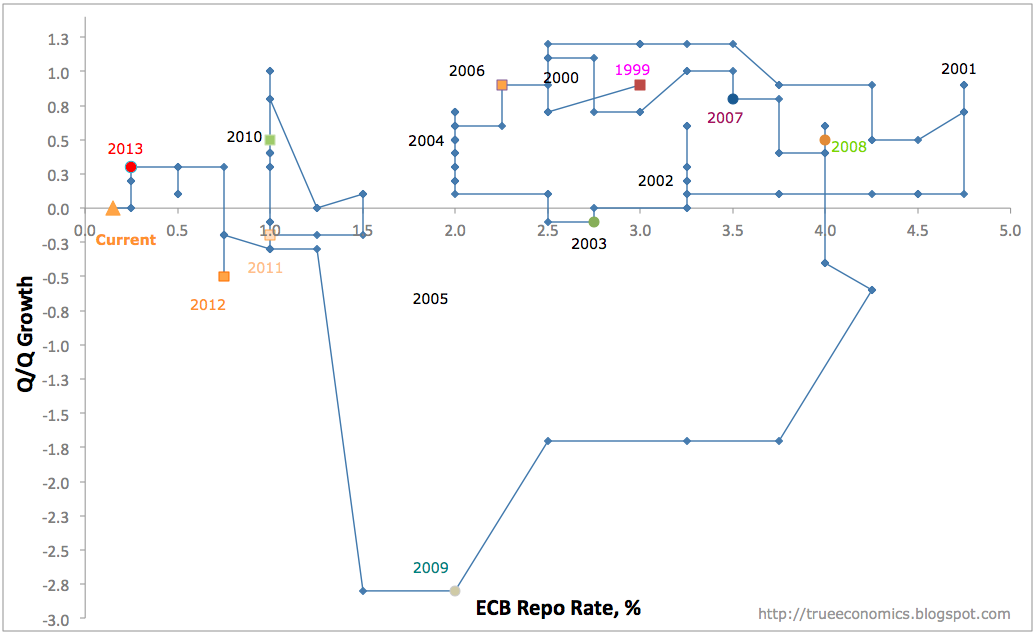 We are all sick and tired of hearing the words 'structural reforms', but it is painfully clear at this stage that the entire history of the euro area to-date is that of sustained weakness. The ECB has now firmly run out of any conventional tools for dealing with it. And this brings us back to where Jean Claude Trichet left us some years ago, before the crisis hit in 2008: the simple truth about Europe is that it has no real drivers for growth. Forget q/q starts-and-fails of the engine, this diesel can't take you to a grocery store, with kids on board or without...

Time to call it what it is: the Yugo Area Economy...
Posted by TrueEconomics at 12:12 PM