Live Register figures for June 2014 are out today, so here are some updates.

Factoring in participants in State Training Programmes, total number of individuals in receipt of Live Register supports in June 2014 was 473,700 which is 5.68% lower (28,521) than in June 2013. The rate of decline in total Live Register Recipients numbers moderated in June, since in May 2014 it fell 6.98% y/y. 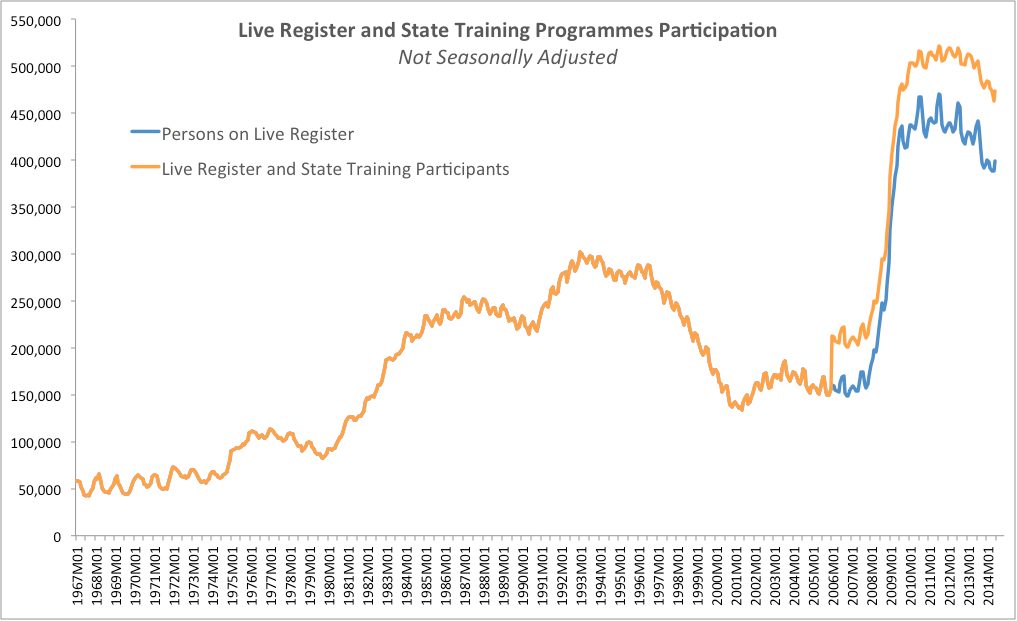 June marked the slowest rate of LR declines (when factoring in State Training Programmes participants) since February 2014. However, since December 2013, the annual rates of decline in LR+STP numbers have run above 5%, every month, against average 2.57% declines in January-November 2013.

On the other hand, official LR declines hit record in June, dropping 8.39% y/y, the steepest rate of annual decline since the crisis began.

All of the above are positives, but subject to two caveats:


Data for labour force itself comes with a quarterly lag, so all we have to go by currently is Q1 2014 figure, when the labour force rose to 2,146,300 compared to 2,137,500 in Q1 2013 - an increase y/y of 8,800. Rising net labour force could have come from younger workers coming into the LF for the first time (some of them are not finding jobs, some are) and it can mean that older workers who exited the LF are coming back. We do not know net drivers for the 8,800 increase, so we cannot speculate as to what effect on LR this has had.

What we do, however, know (with 1 quarter lag, again) is that LR recipients as share of labour force is still trending above 2008-present average and although it is coming down, the proportion remains stuck above 20%. 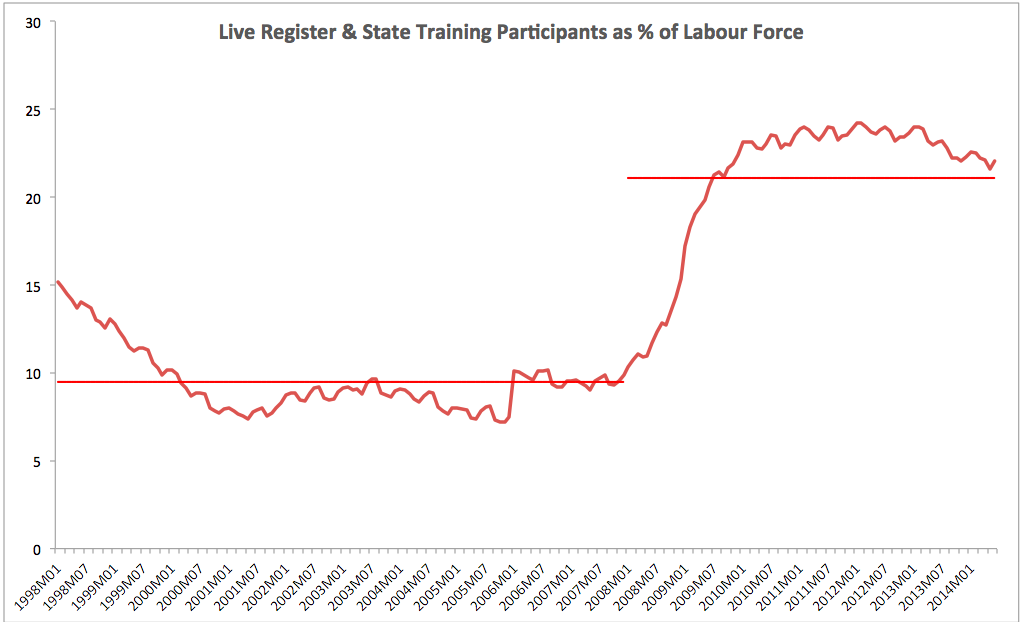 So the good news is: LR is down. Better news is: much of the decrease is not due to State Training Programmes. Bad news: there is still a lot of road left to travel before we get anywhere near normal levels of LR and the progress is not rapid.

Government 2011-present scorecard on LR - in the next post.
Posted by TrueEconomics at 5:18 PM