There are more interesting revelations in the IMF survey of the Euro Area when it comes to Ireland. Let's imagine what we think of the Emerald Isle… no, not Guinness and not music or the Temple Bar… let's think of FDI.


Ok, IMF provides a neat table summarising euro area economies as net creditors (the ones for which Net Foreign Assets held in the economy - private and public - are positive, so the world 'owes' them and associated with this, they have a positive, with exception of Malta, current account, averaging over 1999-2013) and debtors (the ones for which Net Foreign Assets are negative and so they owe, net, to the world, with their current account balances being negative on average over long period of time).

So Ireland is FDI-rich - we have lots of foreign assets that we can call upon as ours, right? Hmm… judge by the table: 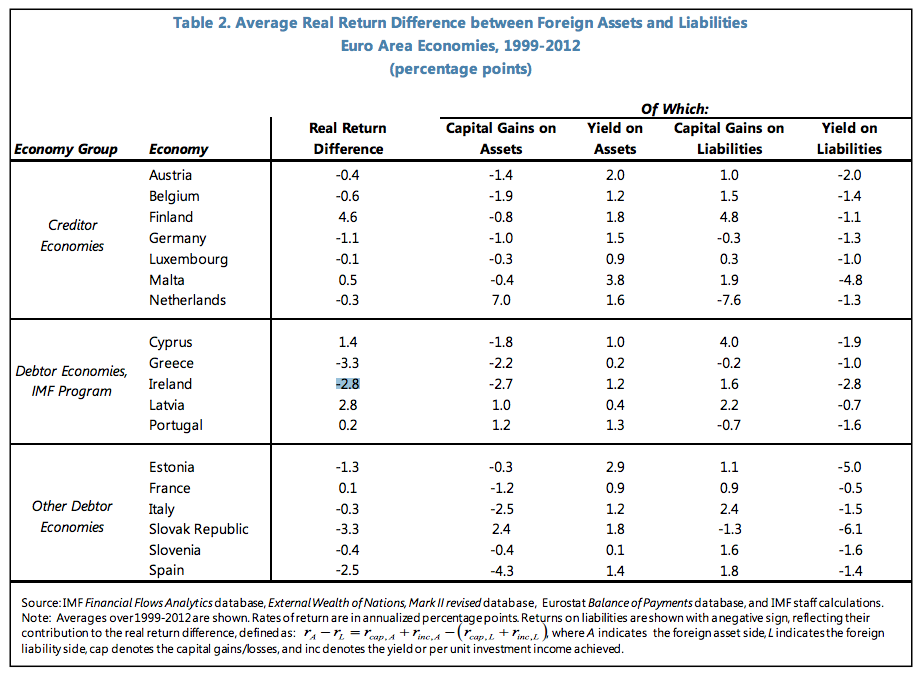 
Do tell me if this consistent somehow with the evidence that Ireland's external balances are strong indicators of our economy's structural successes, as Irish and Brussels analysts are keen claiming?

But IMF soldiers on. In the following table in the same report it shows us the Average Real Return Difference between Foreign Assets and Liabilities Euro Area Economies. Now, what should we expect from our successes with FDI? That returns to assets inside Ireland should be in excess of returns on Irish assets held abroad. We are, after all, more successful in using investment (FDI) than other countries. What do we get? Exactly the opposite: 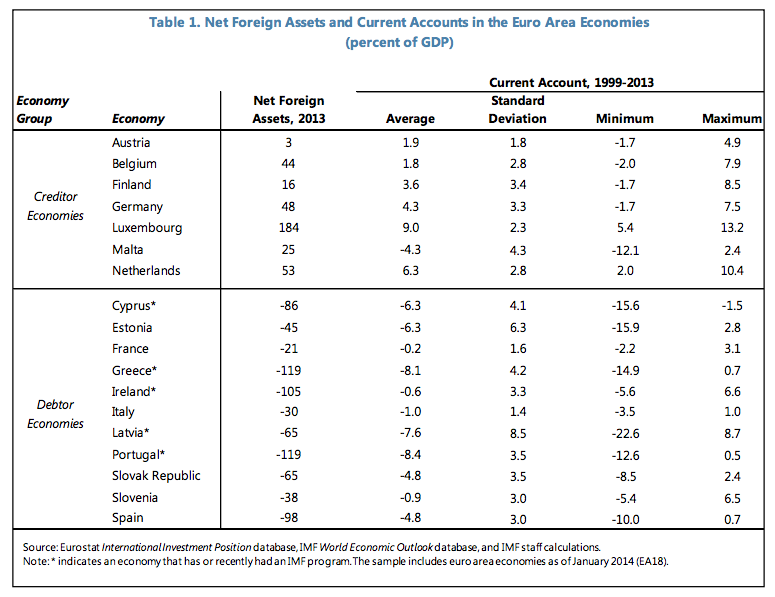 So the above simply means we pay more on our liabilities than we get from our assets. In household finances sense... we are going broke...

Is this a problem? Why yes, it is. Here's IMF: "On average, many creditor economies saw negative real return differences between their foreign assets and liabilities, acting as a drag on their net foreign asset positions and also suggesting possible gains from portfolio rebalancing, either by shifting away from foreign towards domestic assets, or by changing the composition of their foreign assets and liabilities, away from euro area debtor economies. At the same time, many debtor economies had large negative real return differences on average, reinforcing their large net foreign liability positions and making adjustment more of an uphill climb."