The current crisis, on monetary aggregates side, can be characterised by the rising prevalence of cash over savings. In other words: shrinking stock of credit and deposits relative to cash.

The current crisis, on media commentary side, can be characterised by the endless talk about high savings rates in the private sector.

Here is the problem: savings = inflows into stock of savings (aka, deposits) or investment or divestment out of loans (including forced restructurings, bankruptcies, insolvencies and foreclosures). We know that Irish investment is not growing at the rates worth even mentioning. Which means that Either deposits should be growing to reflect 'high savings' or debt should be shrinking.


So the gap between M1 and M3 is deposits. 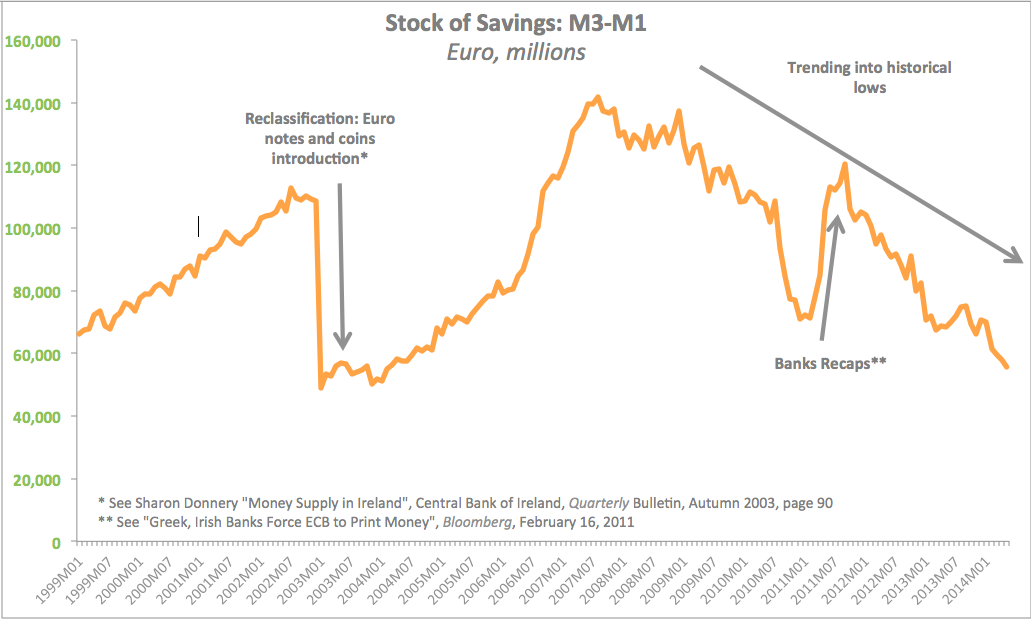 The M3-M1 gap has fallen since the onset of the crisis. It has fallen along the steady trend line, with some volatility around the dates of banks recapitalisations. And it continues to fall. In fact, between December 2013 and May 2014 we have the longest uninterrupted decline in deposits in history of the series. Current level of the gap is sitting only EUR7 billion above the all-time historical record low. In fact, during this 'historically high savings rates' period, Irish monetary system has managed to reduce the stock of deposits, compared to pre-crisis levels, by EUR85.91 billion.

But while savings (deposits) are falling, 'savings' (debt deleveraging) is all the rage: 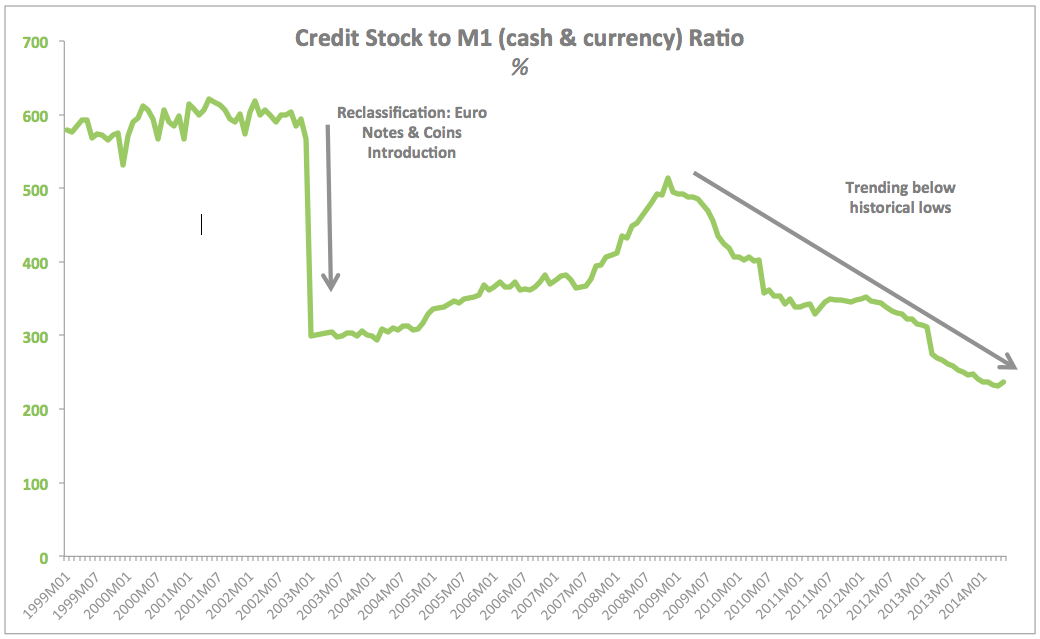 You can see what has been happening in the Money Supply territory and private credit here: 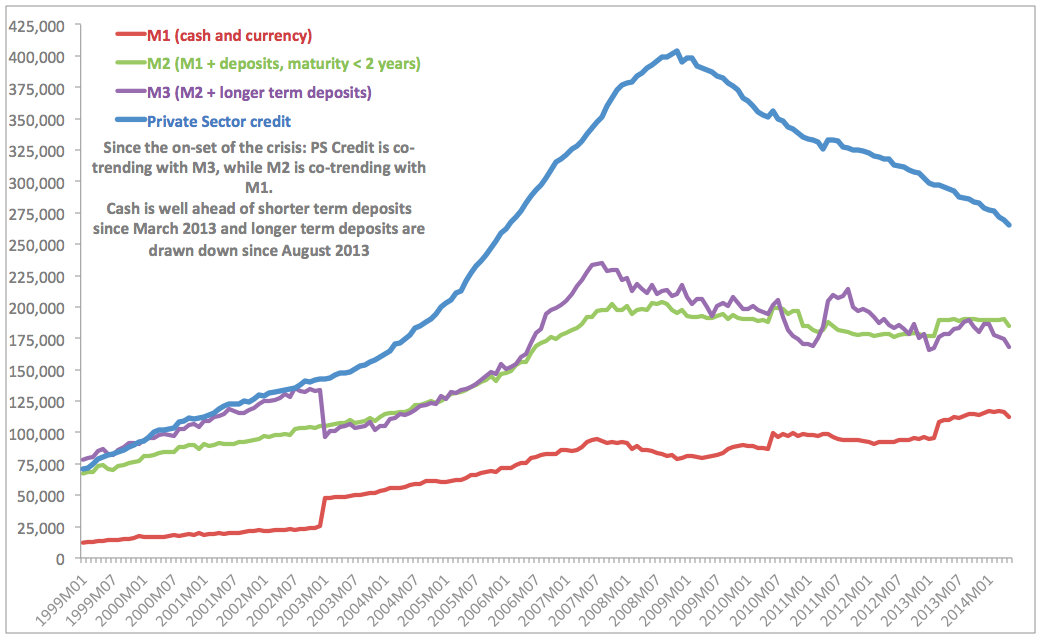 With all of these 'high savings' promoted by the official statistics and 'new lending' promoted by the Banking Federation, the Central Bank is now officially giving up on getting those 'repaired and recapitlaised banks' to lend into the real economy (something they were supposed to do since early 2009 - based on the promise of the October 2008 Guarantee, then since early 2010 - based on the various Government programmes, then since first half 2011 - based on the banks recaps and PCARs, then since 2012, based on Government programme agreed with the Troika, then since early 2013, based on Government spin of a turnaround in the economy...). Instead of hoping for the Pillar Banking System to miraculously come back to life, the Central Bank is opening up the floodgates for the hedge funds (here courtesy of fire sales of assets by Nama) to lend into economy, despite the fact that such lending is considered to be a high-risk activity. Nothing like selling pennies on the euro and then celebrating euros on pennies debt reload...

Posted by TrueEconomics at 10:58 AM