"It’s important that we draw a clear line between monetary and fiscal issues. The transaction in Ireland demonstrates how difficult it is for monetary policy to free itself from the embrace of fiscal policy once you’re engaged. The Irish government in its very own statements underscored the fiscal elements in this transaction.

"I’m rather strict when it comes to the definition of monetary financing. It’s important to draw a clear dividing line and accept the limitations of Article 123 for our actions. It’s not difficult from that to guess what my position is. [I would guess he is 'troubled' by the deal]

"The Irish government liquidated the IBRC. That has repercussions on net financial assets and has to be assessed against the background of Article 123. Of course the Eurosystem has to make sure that its actions are in conformity with its rules and statutes. [Widemann here clearly links NPV from the deal (small but positive by my estimates at EUR4.3-6.5bn, with some other analysts getting their estimates out to EUR8bn or roughly 25% of the original Promo Notes issuance or 30% of the remaining outstanding amounts) to the issue of whether the deal is legitimate.]

"I’m not passing a legal judgment on a particular transaction, but I think it is clear from what I said that I’m very concerned about monetary policy being too closely intertwined with fiscal policy and crossing the line to monetary financing. That’s why I was very skeptical about some of the decisions in the past, and you can be sure that I apply the same benchmark to this transaction.

"Once you cross a certain line, setting a precedent, it’s very difficult to come back and argue against the next similar transaction. That’s why it is important to define our mandate narrowly, so we’re not drawn into fiscal policy matters. There is a reputational issue, there’s a credibility issue. It might make it more difficult to focus on our main objective credibly. If governments had wanted to provide additional funding to Ireland, they could have tapped the ESM.

"We took note of this issue in the Governing Council. Our deliberations aren’t public. Apart from that, the transaction is out there, it’s known, it’s very transparent. Everybody has his own judgment on this -- I have mine.

"The transaction as such is technically a bit complex but it has a fiscal nature as stated by the Irish government. That’s clear enough." [Oh, here we come: Irish Government and senior Ministers have gone out talking about the 'social' dividend on the deal 'savings' etc. This might just bite the Government back. Rhetoric about Government spending (in any way) at least a share of the deal short-term cash flow savings will clearly signal that the Irish Government has pulled ECB into monetary financing and thus opens up the whole affair of the deal to legal challenge in Germany. As they used to say in WWII: 'Loose Lips Sink Ships'... care to listen, Minister Howlin?] 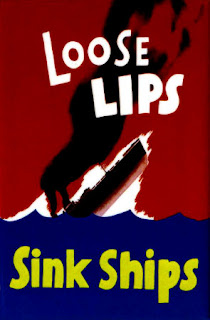 Posted by TrueEconomics at 9:00 AM