CESIfo institute has issued its analysis of the global economy and... some good news: per CESIfo index tracking global growth, world economic climate indicator finally is up after two consecutive declines.


The increase in the index "was mainly driven by significantly more positive assessments of the 6-month [forward] economic outlook." At the same time, "assessments of the current economic situation improved only slightly. After 6 months of stagnation, the prospects for the world economy seem to be brightening." 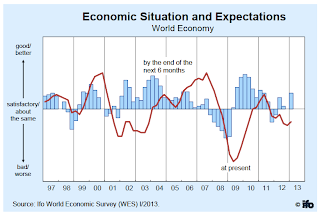 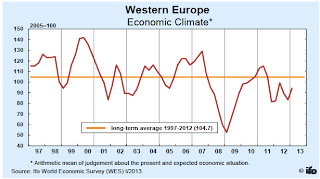 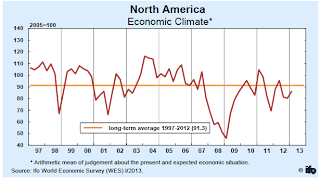 Posted by TrueEconomics at 12:32 PM