As promised in the previous post, ehre's some analysis of the breakdown for data for the Basic Pharmaceutical Products and Preparations Sector (BPP):


Most worrying is the trend in Turnover - the series that tell us about profitability of the sector and returns in the sector. The series are sensitive to currency valuations, but overall they are closer in relationship to core pharma - the patent stuff. 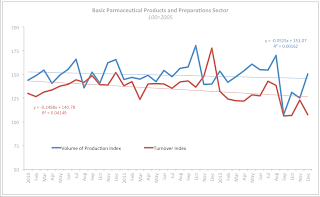 Chart below illustrates just how much out of line the turnover index is relative to historical readings and the contrast to volume of production index: 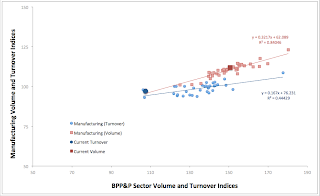 Posted by TrueEconomics at 10:08 PM