Global Digital Economy 2010 rankings are being launched today by the Economist Intelligence Unit (EIU) and IBM's Institute for Business Value. Here are some early results - I will be blogging on more in-depth analysis over the next few days.

Sources: all charts and tables are from IBM analysis of EIU/IBM e-readiness rankings, 2010.
Western Europe resultsSlide 4 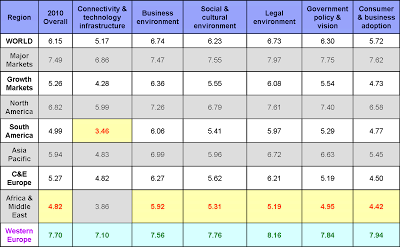 Note that Western Europe leads the rest of the world in terms of regional scores. This, however, in part is due to the inclusion of three smaller economies in North American region: Bermuda, Jamaica, Trinidad and Tobago. 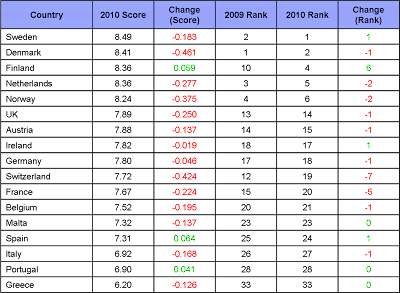 Clearly, there are two well-defined tiers in Western European regional grouping - countries that score between 1 and 12 globally (challenging top 10 positions in the world) and those lagging at around mid-20s and low 30s. 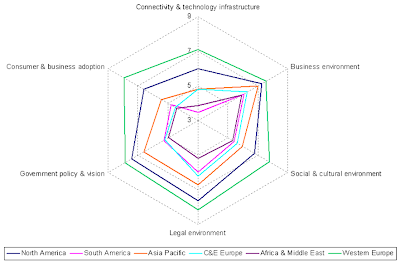