A very interesting perspective on the consumer side of the US economy in a recent post on Seeking Alpha (here):

This has three implications for Ireland:
To remind you - here are our latest retail sales stats: 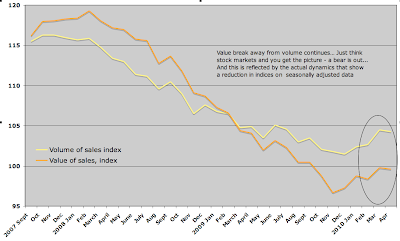 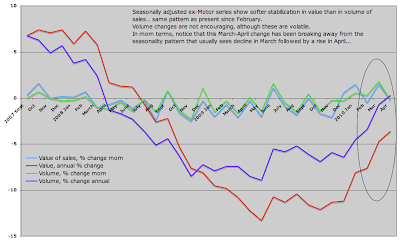 In my view, what we are seeing is a temporary uplift in sales of some items that are overdue replacement (due to amortization) after 3 years of collapsed sales. This, folks, is not a recovery. It is a dead-cat-bounce... When you hit concrete at 100mphs, the bounce can be substantial. But it hardly qualifies as a 'structural improvement'. Looks like some folks might be deluding themselves...

Posted by TrueEconomics at 11:04 AM