Central Bank data released yesterday show Private Sector (non-financials) credit fell 9.3% in Q1 2010, to €355 bn. Total outstanding mortgages volume fell €1.2 bn to €146.4 bn. Two thirds of the total amount of credit decline came from writedowns on existing loans, which means that there is continued pressure on loans (keep in mind that Nama transfers are not yet in the data). Charts below update, as usual:
Aggregates first 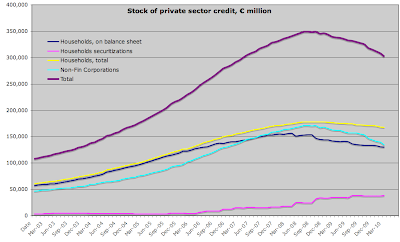 Notice the rise of securitizations - banks shifting stuff off their balance sheets at an aggressive rate. 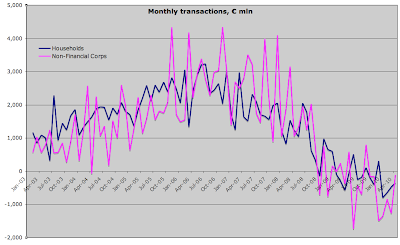 Chart above shows monthly flows. There is some improvement here, but absent seasonality corrections it is hard to say what exactly is going on. However, it does appear that the latest monthly transactions uptick is not in line with pre-crisis dynamics for Non-Financial Corps, but in line for Households: 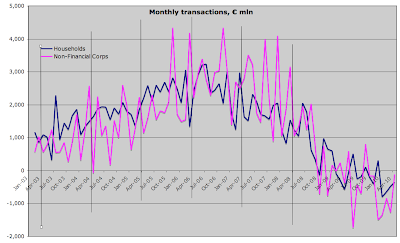 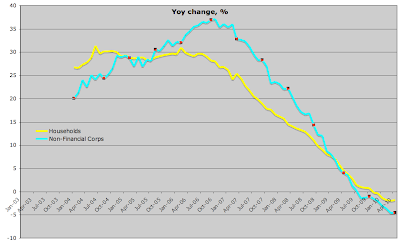 Clearly, yoy things remain bleak, although the rate of contraction is getting reversed for households. This is a seasonally consistent result, so I would not be reading too deeply into it.
Posted by TrueEconomics at 9:14 AM