This is WLASze: Weekend Links on Arts, Sciences and zero economics. Enjoy!

Richard Mosse is on show at RHA in Dublin - an even that is an absolute 'must-see': http://www.rhagallery.ie/exhibitions/theenclave/ I covered Mosse's work earlier in relation to his fantastic show at Biennale earlier in 2013 (http://trueeconomics.blogspot.ie/2013/07/2772013-wlasze-part-1-weekend-links-on.html) and had a distinct pleasure attending the RHA exhibition launch. RHA presentation of his photographs and a separate film-based installation are superb and do proper justice to the tremendously important artist. The exhibition also contains one large photograph that was not on show in Venice. 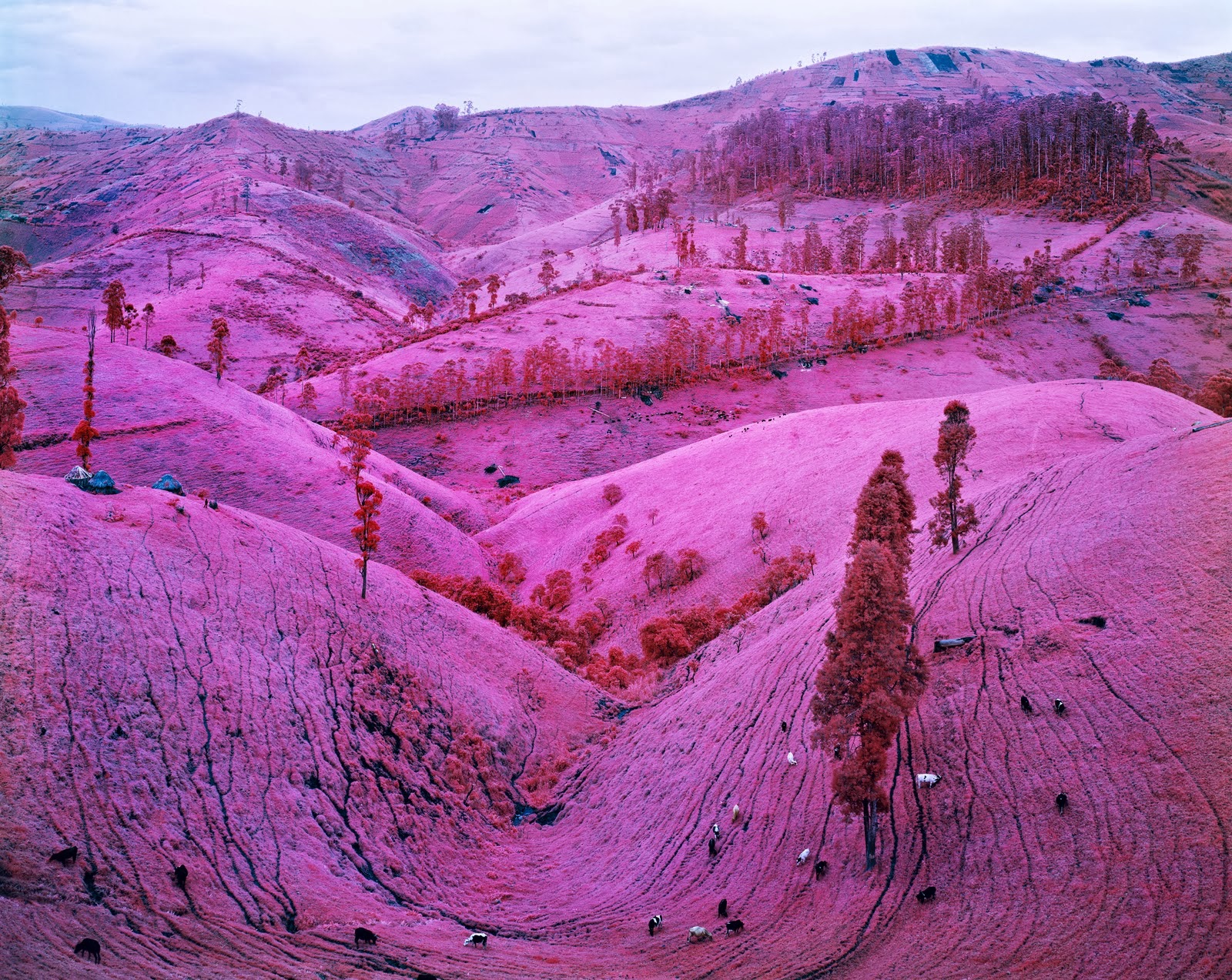 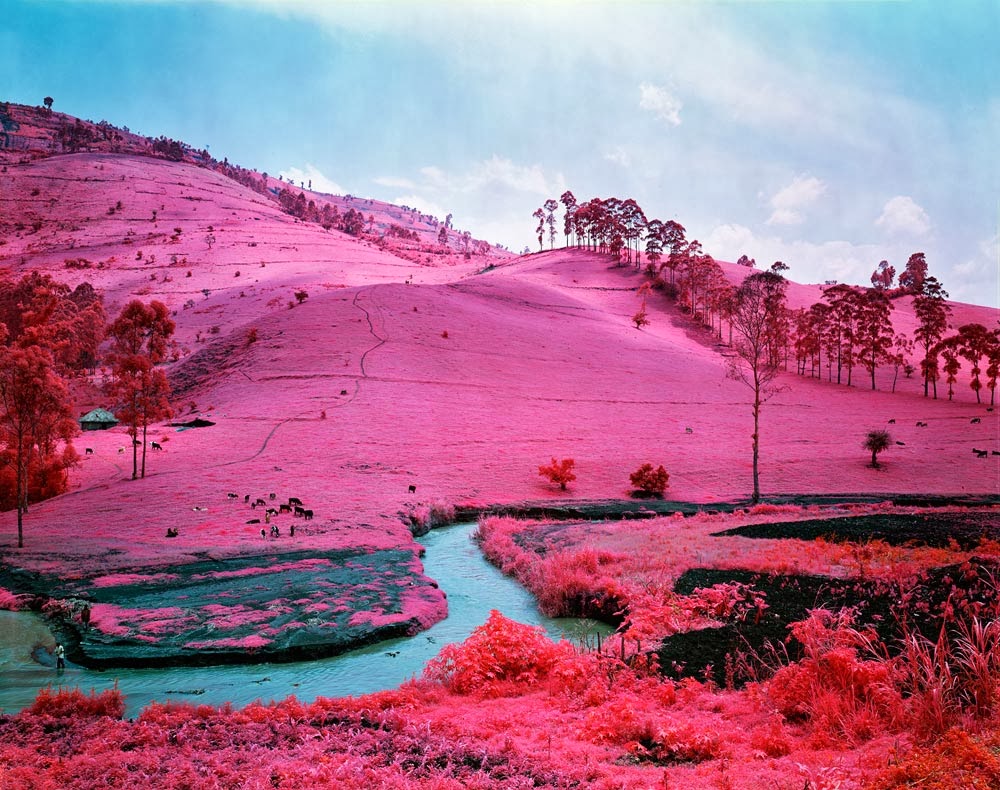 And while at RHA, do not (not that there is any fear you would) miss their superb mini-retrospective of Micheal Farrell - an exhibition spanning the career of one of Ireland’s most accomplished artists, showing both his search across styles and narratives over the years and the emergence of his unique, personal voice. For myself, not all too knowledgeable about Irish artists of the period, this was an eyeopening exhibition. 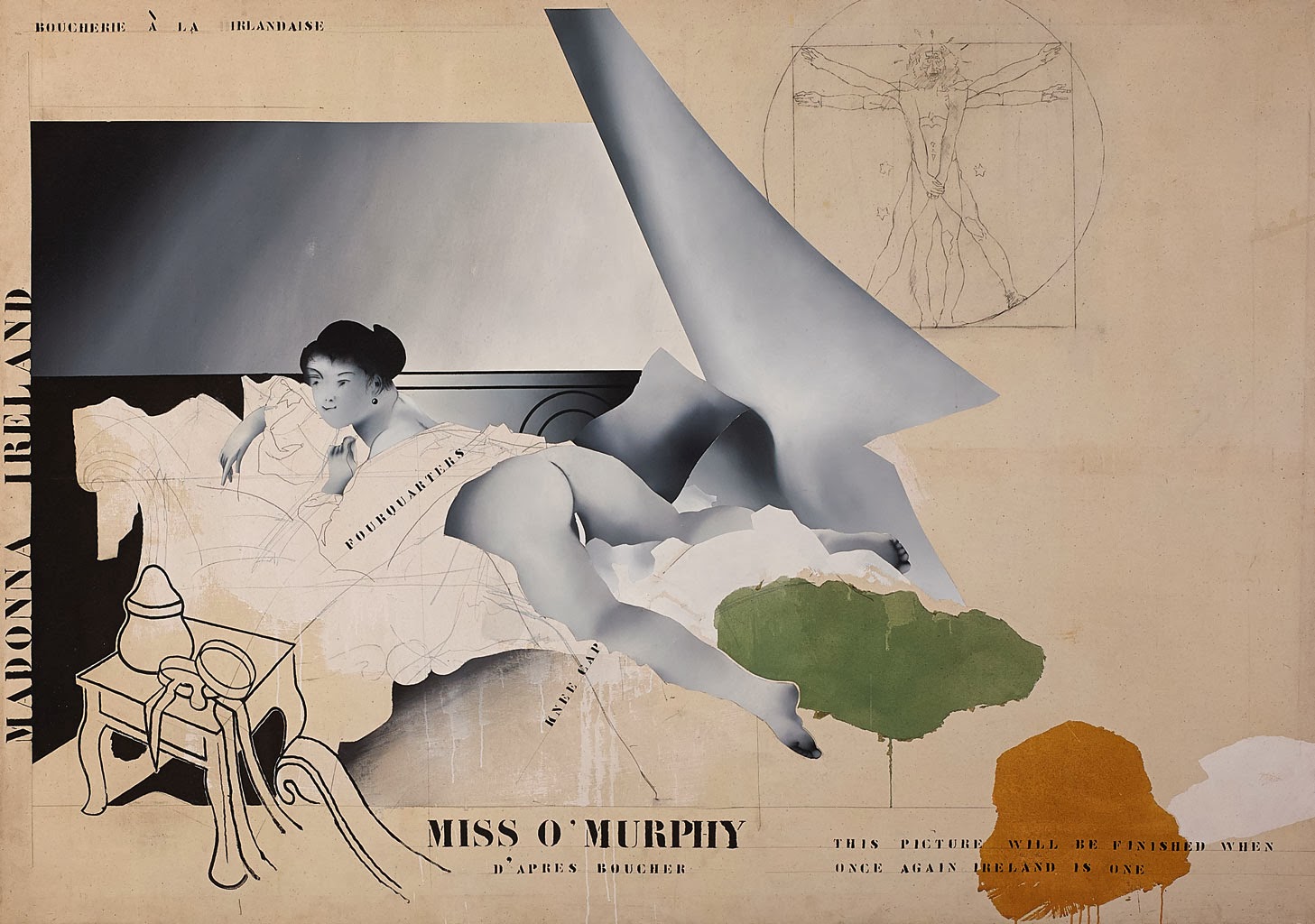 My penchant for Science Meets Art themes is being well-catered for by Adam Summers photography that combines use of dyes and fish to reveal the natural beauty of skeletal structure: symmetry, complexity and patterns:
http://www.designboom.com/art/adam-summers-dyes-fish-specimens-to-reveal-their-anatomy-12-19-2013/ 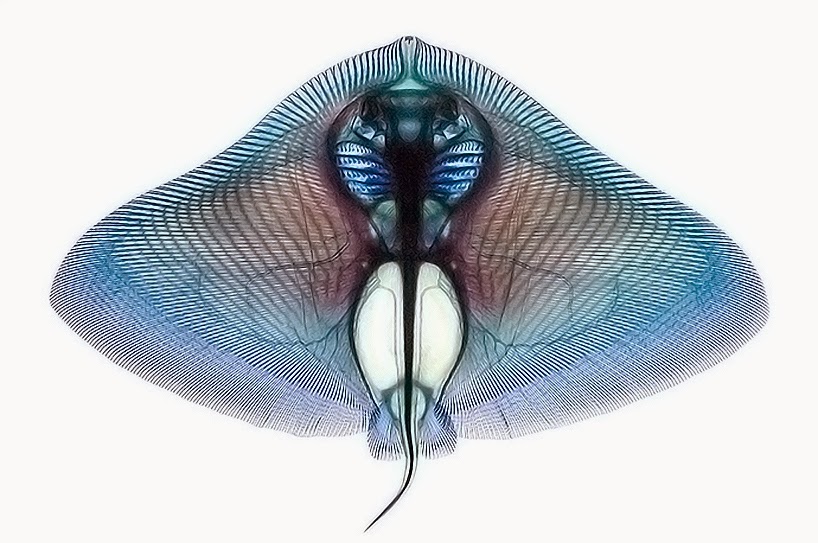 When nature meets the power of contrast and the two meet the human eye, values, semiotics, interplays of colour and light and geometry of proximate symmetry - all come into play. 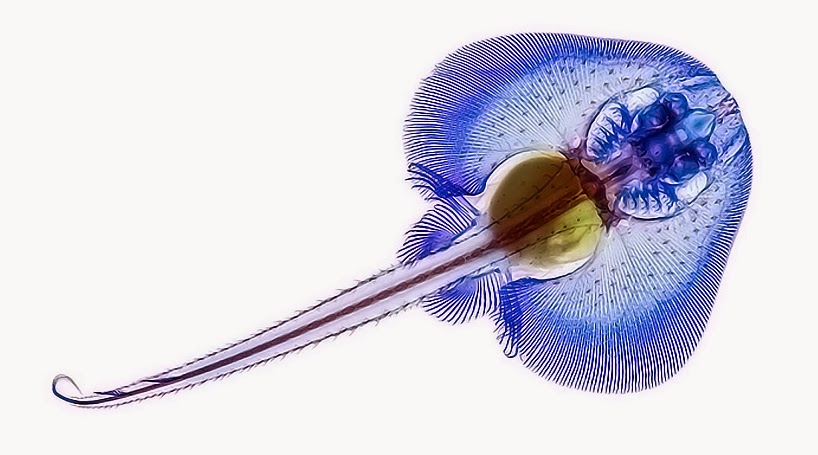 On the opposite side of the same clustering of art and science, the contrast is amplified through superficial tech:
SOICHIRO MIHARA won 17th Japan Media Arts Festival award, here is his collaborative project from 2011, Moids 2.1.3 - acoustic emergence structure: http://www.samtidskunst.dk/simpleinteractions/projects/soichiro-mihara-hiroko-mugibayashi-kazuki-saita/

The installation combines 1024 autonomously functioning units that record the sounds of their proximate surrounding, and combine a micro-cprocessor that analyzes the recorded sound. The sound is recorded based on the programmed limits which trigger both the start and end of the recording for a specific unit, plus the triggering algorithm for chain reactions. 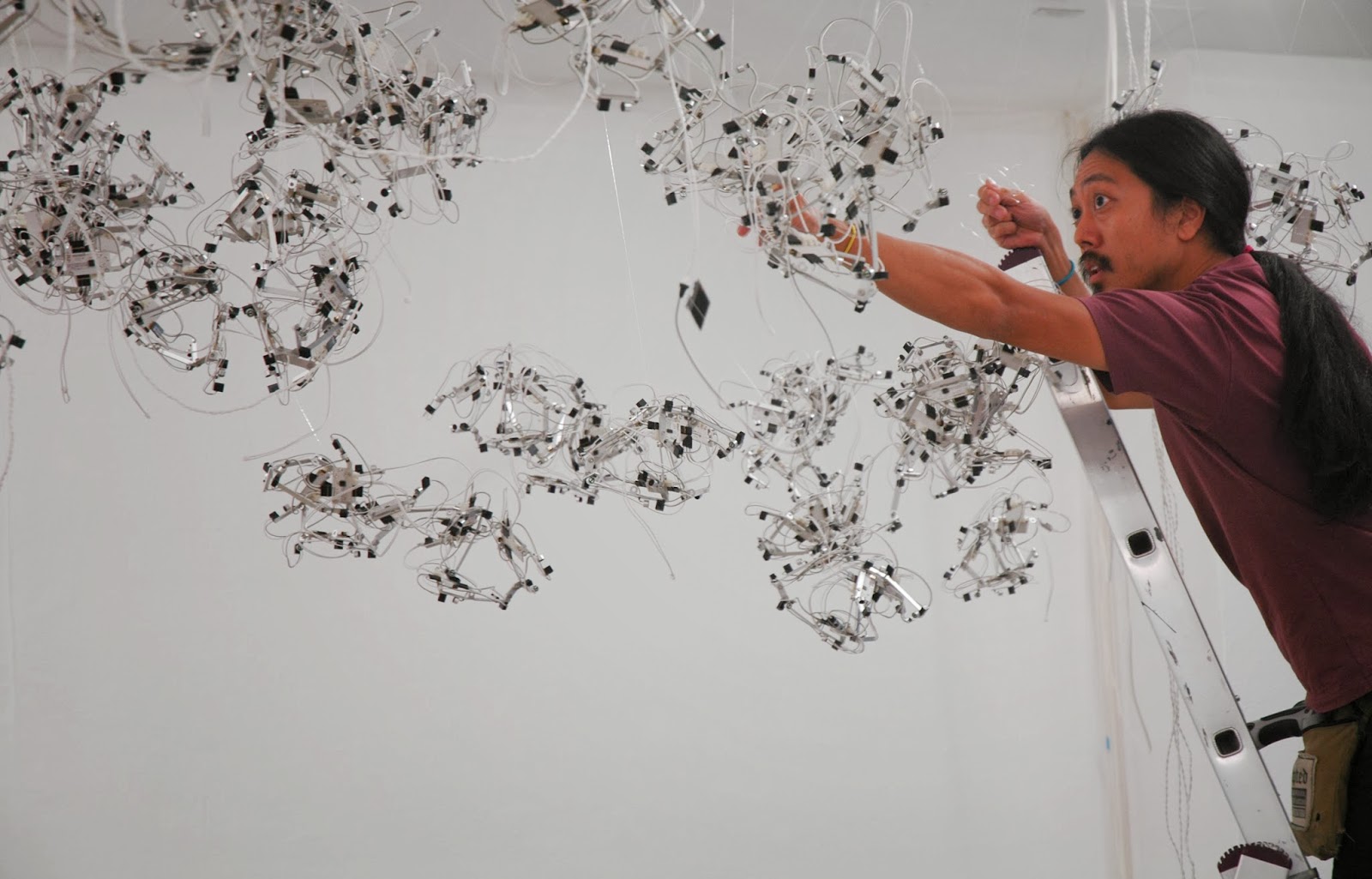 Big controversy in NY: after pretty lengthy period of speculations and debates, MoMA announced recently that "after an "exhaustive" analysis of the different options (razing the former Museum of Folk Art on 53rd Street, saving the distinctive facade, or saving the building), the museum had reluctantly decided (feel free to roll your eyes here) to demolish the Tod Williams & Billie Tsien-designed structure to make way for a museum expansion and, not at all coincidentally, an 82-story residential tower developed by Gerald Hines and designed by Jean Nouvel."
http://www.metropolismag.com/Point-of-View/January-2014/Done-Deal-MoMA-To-Raze-Folk-Art-Museum/
Here are some images of the museum building: 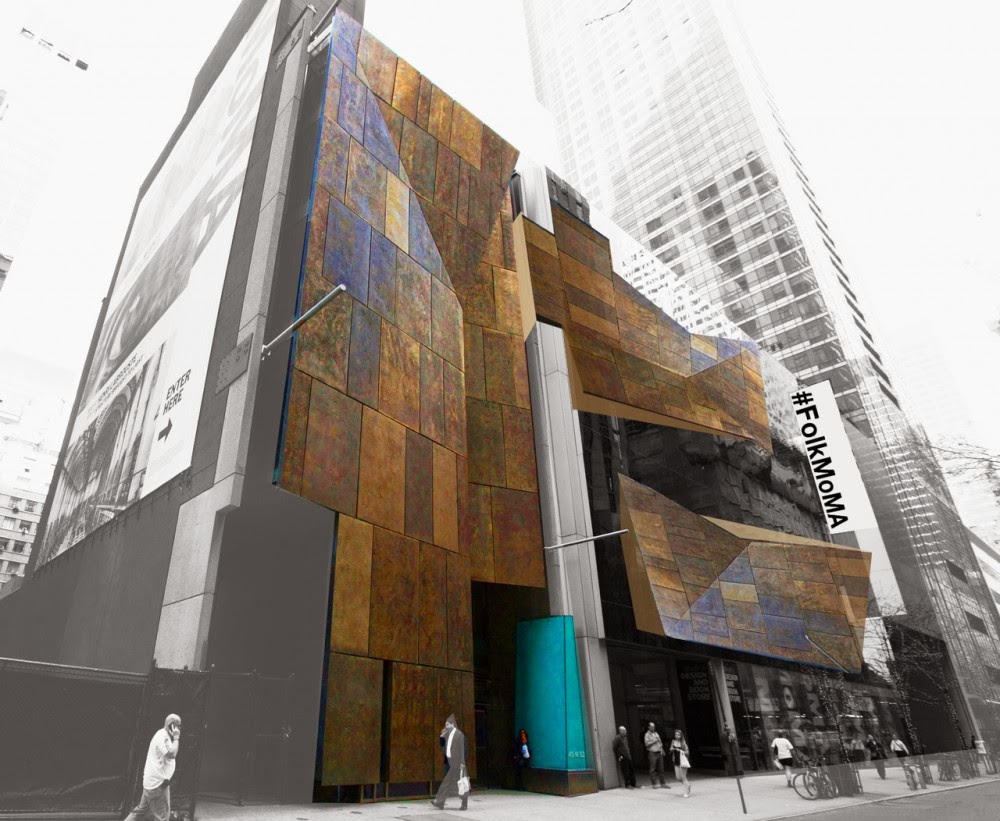 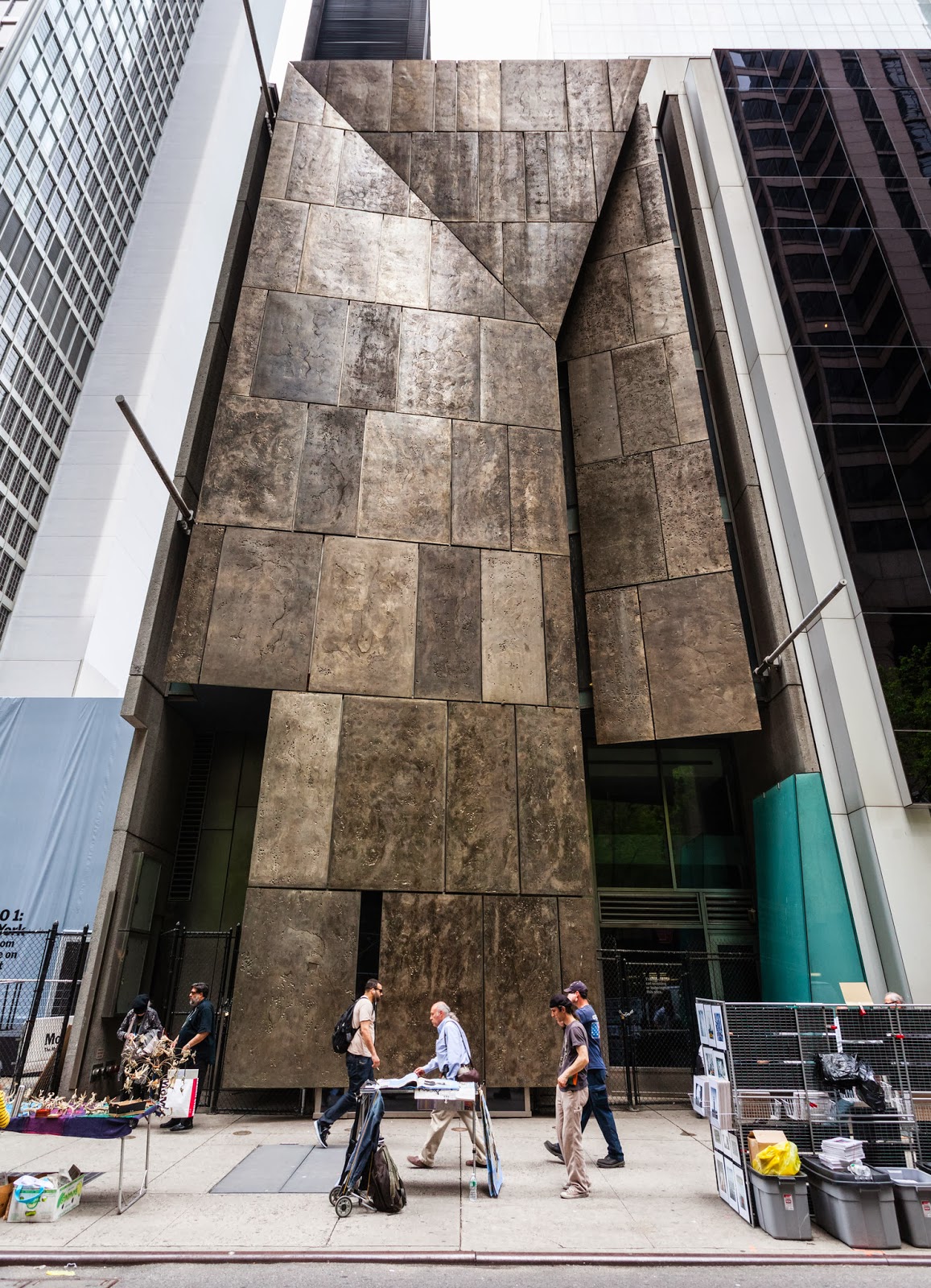 Sadly, I must add… sadly. The Folk Moma is a brilliant design, architecturally challenging and powerful, breaking up the monotonously 'Manhattanite' space… All to be replaced by what amounts to a spiced-up version of corporatism… 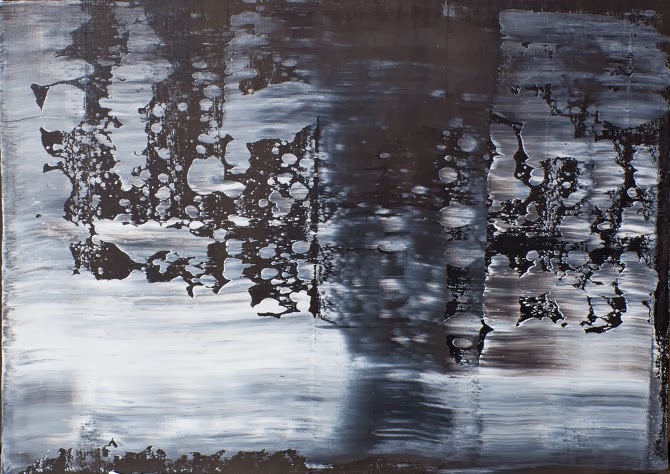 Still raw and searching, and mostly borrowing from Gerhard Richter, Rothstein is one to watch as he draws on some nicely intuitive, organic sensitivity in his use of colour.


Talking about sensitivity, while swinging a massive u-turn from art to science, here is a story from physics: the far-reaching idea for a Death Star-styled laser that can focus particles into a massive space telescope:
http://arstechnica.com/science/2014/01/giant-laser-could-arrange-particles-into-enormous-space-telescope/
Description via arstechnica is brilliant: "let me present the trifecta of awesomeness: a seemingly ridiculous idea, one that works in a bizarre manner that has little to do with the justification given by the scientists, and—to really make matters special—it involves lasers in space." The rest of this article is mind-boggling and can pass as a good teaser for one of those "Mind-Training" programmes that simultaneously burns vast amounts of calories and flexes your brain… rend and enjoy…


Last week I tweeted about the shortlisting of the Dublin-based Heneghan Peng practice for designing Contemporary Arts Center in Moscow. Here's the link:
http://www.architecturefoundation.ie/news-item/heneghan-peng-on-moscow-museum-shortlist/
Pardon the comparative, but it evokes the imagery of the "Deep Thought" from the Hitchhikers Guide… despite the fact that the "Deep Thought" really was figurative, non-abstract non-geometric structure more resemblant of Henry Moore's sculptures… Or may be it mreminds me of a stack of old-fashioned disk drives for extinct computers… or an old stereo equipment 'tower'? ok, ok, I am stretching things here… But, of course, Moscow is no stranger to geometric juxtaposing in its own architectural heritage… and I like it... I can't quite decide why...


The "Deep Thought" was of course a computer that was created to come up with the Answer to The Ultimate Question of Life, the Universe, and Everything. And everything is a big theme for physics nowadays. Good thing that recently they got a glimpse of a piece of this 'everything'. Per BusinessInsider: "For the first time, astronomers were able to see a string of hot gas known as a filament that is thought to be part of the mysterious underlying structure that dictates the layout of all the stars and galaxies in our universe. Scientists believe that matter in the universe is arranged into a gigantic web-like structure. This is called the cosmic web." Read more: http://www.businessinsider.com/first-image-of-cosmic-web-2014-1#ixzz2s5048t46

The whole thing relates to the eXtreme Deep Field view of the Universe, which is covered in all its glory here: http://www.nasa.gov/mission_pages/hubble/science/xdf.html

Do note that none of this disputes that the answer to the Ultimate Question of Life, the Universe, and Everything is, as found by the Depp Thought, 42. Nor does it provide any insight into Deep Thought's last conjecture that "…the problem, to be quite honest with you is that you've never actually known what the question was". But it is fascinating, nonetheless.
Posted by TrueEconomics at 2:36 PM