The Ifo Indicator for the economic climate in the euro area for Q1 2014 is out today. Some positives, some negatives.

All improvement is due to improved assessment of the current situation: Present Situation index is up at 120.3 from 106.3 in Q4 2013. This is the highest reading for the index since Q4 2011. But if you think this is 'as good as it gets' we have some room to climb up, then, since the sub-index historical average is 126.9. With Germanic precision, the Ifo characterised the latest development as "far less unfavourable assessments of the current economic situation". Not a 'positive' or a 'favourable', but 'less unfavourable'.

Meanwhile, "the economic outlook for the next six months remains unchanged at the highest level for around three years. The economic recovery should become more marked in the months ahead." This references the fact that Expectations for the Next 6 months index is stuck at 119.7 in Q1 2014, same as in Q4 2013. Which is significantly above historical average of 94.7.

But expectations mean little. One bizarre quirk is that crisis-period average for the series is 95.9, which is above the historical average. Which, obviously, begs a question: Just how much does the forward optimism track the future outcomes? Apparently, not much. There is a negative historical correlation of -0.18 between expectations and current conditions assessments, so in a sense expectations just tell us that, on average, business leaders expect improvement in the future when conditions are poor today. I showed before that once you check for lags, 6mo forward expectations do not do much to forecast outcomes registered for current conditions 6 months after the expectations are issued. And I have tested not just point lags, but also 6mo averages. The result is still the same: all expectations are telling us is that when things are terrible today, businesses expect them to improve tomorrow. This is like telling us that growth conditions are mean-reverting. Which is, of course, the case. Even in North Korea. 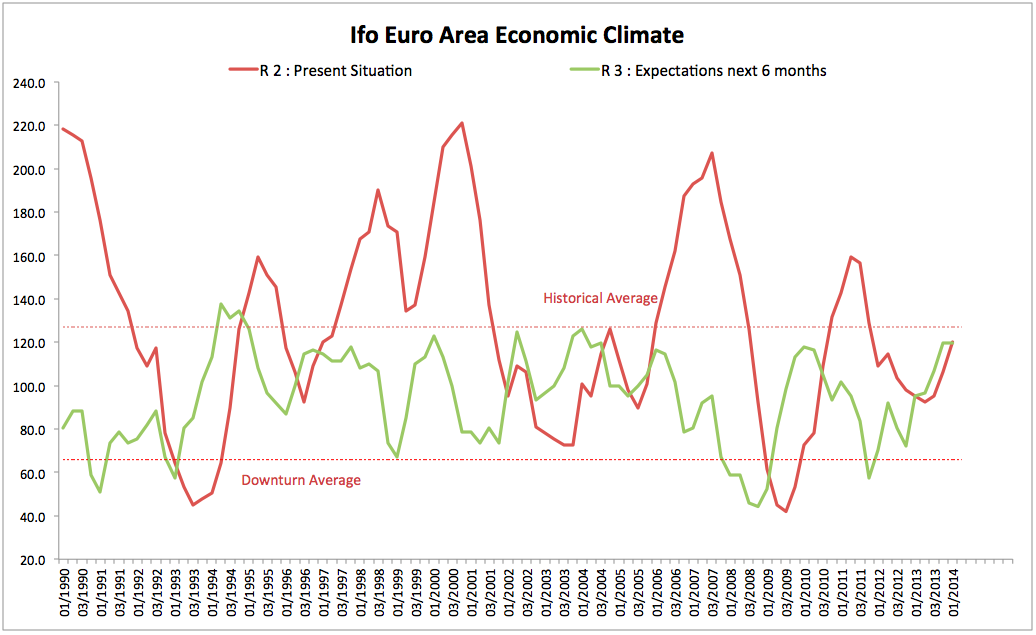 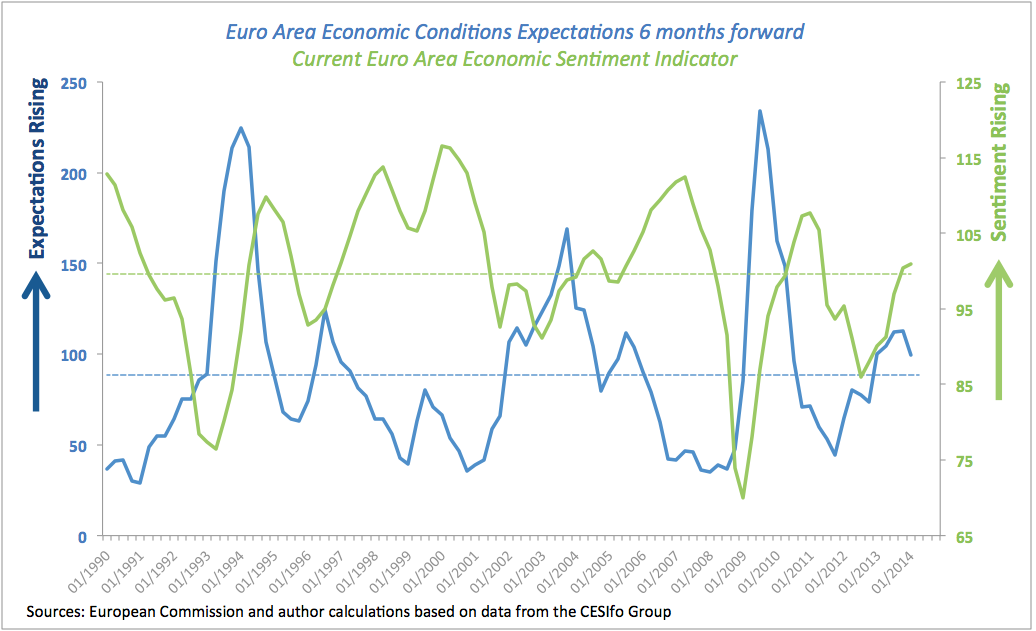 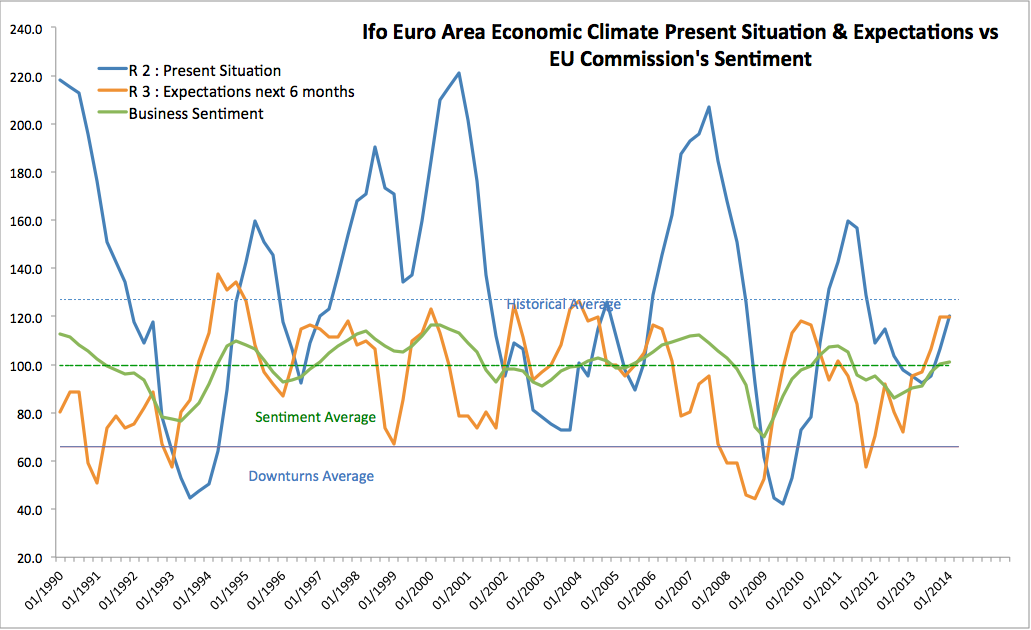 Few more points, this time straight from the Ifo release:

Expectations for the next six months remain at a high level in almost all euro area countries apart from Greece and France, where the experts surveyed were less positive than three months ago. Cyprus is the only country in which experts expect the economic situation to deteriorate further.

The forecast inflation rate for the euro area for 2014 of 1.5% is slightly below the estimated rate for 2013 (1.7%). While experts expect the short-term interest rates to remain stable for the next six months, a greater number of survey participants expect long-term interest rates to rise. The majority of economic experts believe that the euro is overvalued against the US dollar and the Japanese yen. They expect the US dollar to appreciate against the euro over the next six months."

So good news: the incoming freight train of rising rates is yet to reach the tunnel. The bad news is that the 'periphery' is still stuck in the said tunnel, while the 'soft core' of Belgium, Ireland (welcome to the club) and the Netherlands is barely clawing its way toward the exit. The other good news is that the incoming commuter train of exchange rates (effect on exports) is slightly delayed (we can expect some depreciation of the euro before interest rates hikes hammer us back into the FX corner).
Posted by TrueEconomics at 11:03 AM