This is WLASze: Weekend Links on Arts, Sciences, and zero economics. Enjoy!


The new show “Italian Futurism, 1909-1944: Reconstructing the Universe” (http://www.guggenheim.org/new-york/exhibitions/upcoming/italian-futurism-1909-1944-reconstructing-the-universe) is worthy enough of a post of its own, but to make things even more exciting, the Guggenheim has managed a really rare turn. The museum got the first ever loan of five major Futurist murals Palermo, Sicily. The murals never left their home at Palermo's post office in their entire history since they were painted for the office back in 1933-1934. 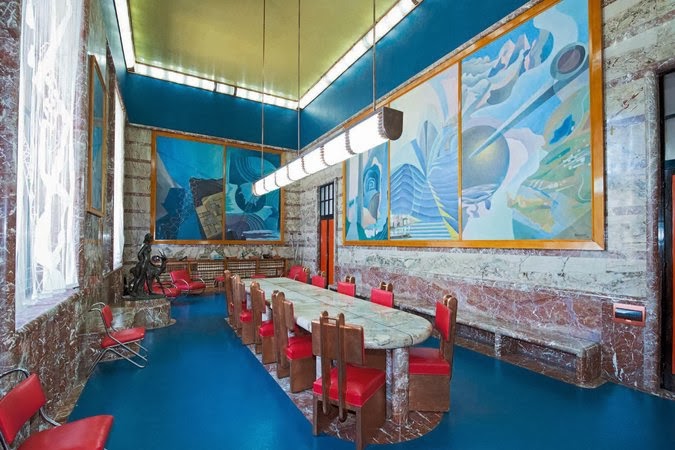 The murals are of huge importance in the history of futurism. They were pinter by Benedetta Cappa - a brilliant artist in her own right, but also a close companion (and indeed a wife) of Filippo Tommaso Marinetti, the founder the Futurist movement in 1909 and the author of the Futurist Manifesto, published in 1934. 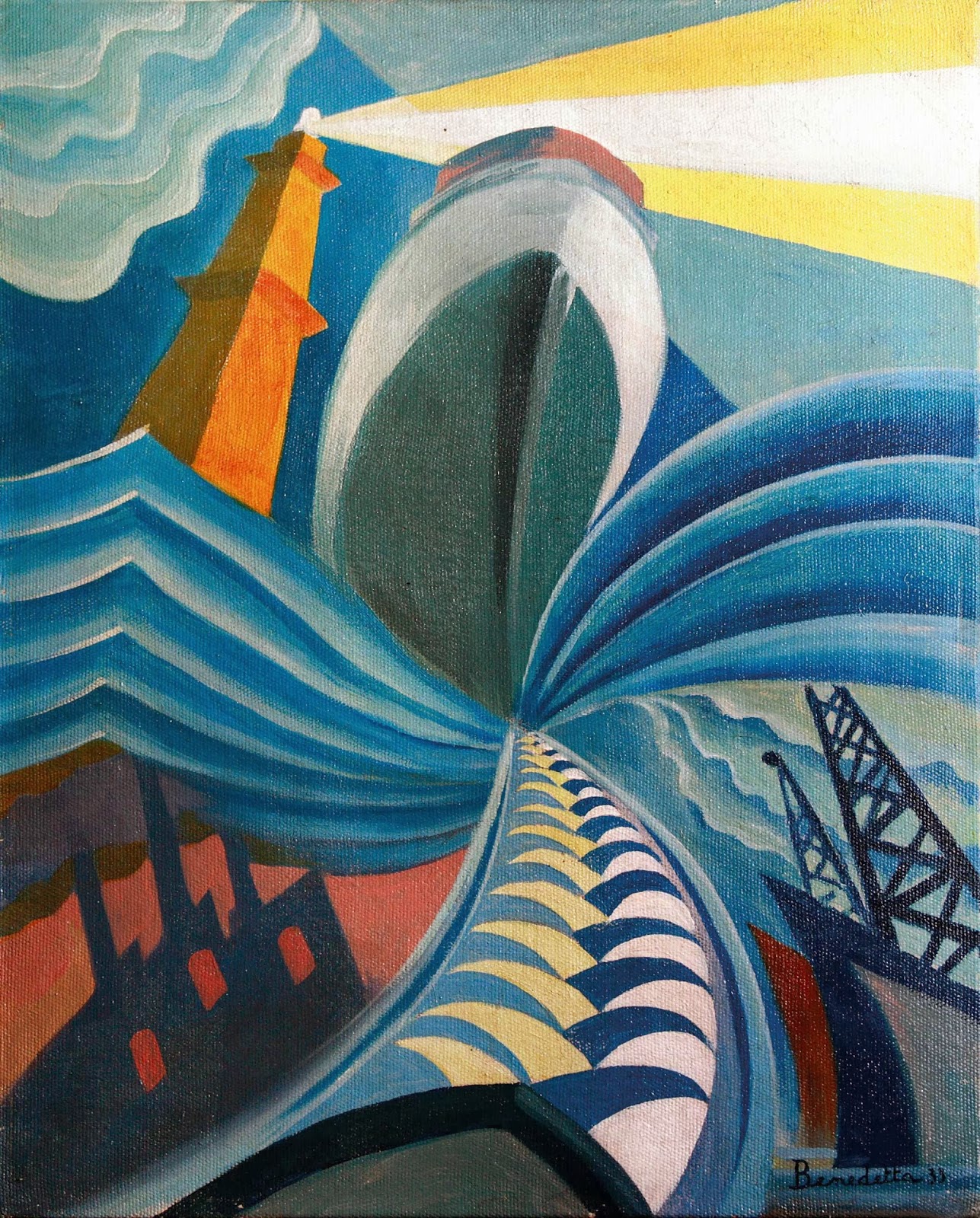 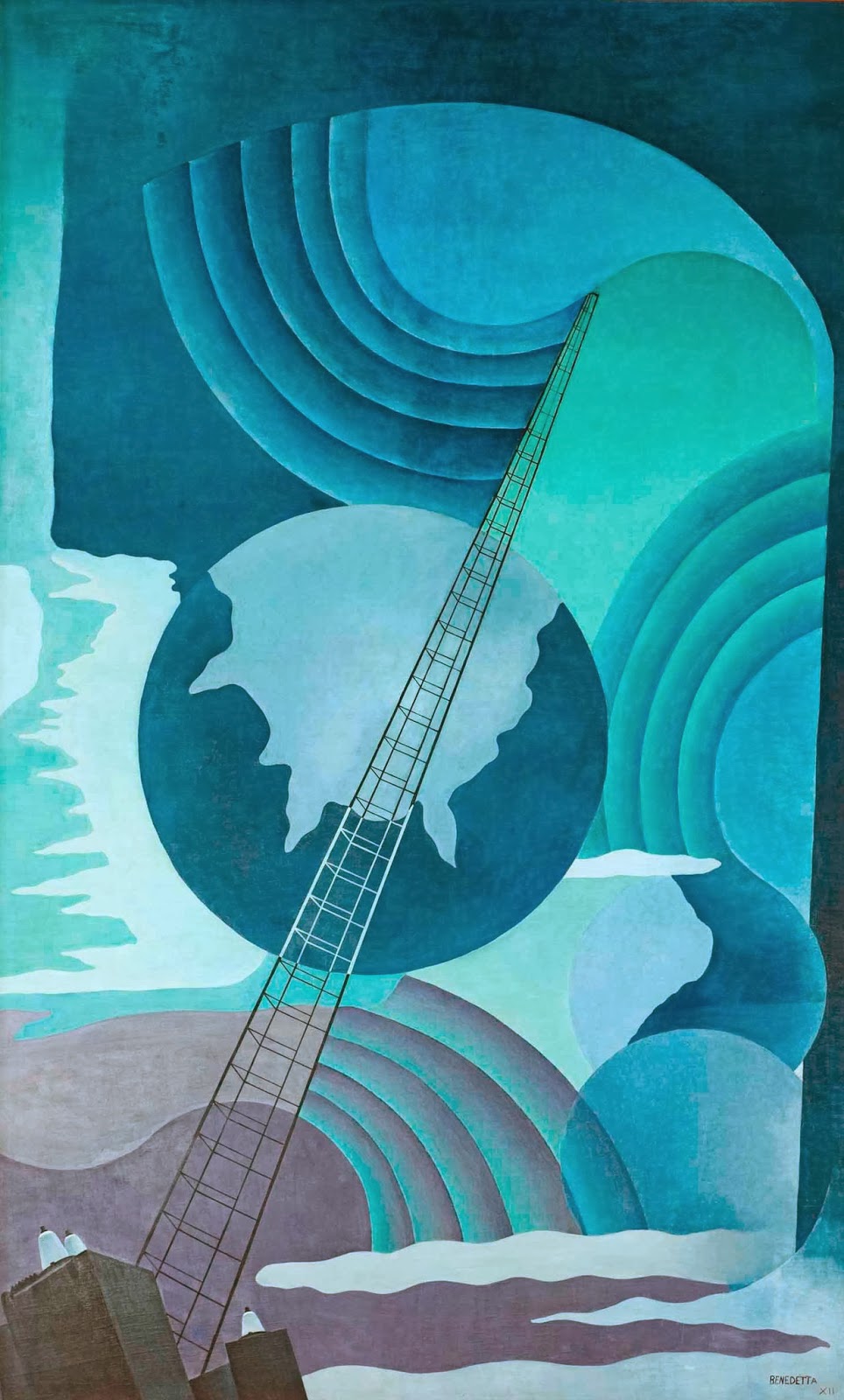 There are days I wish I could get into a car and drive to NYC, like in the old times of my Baltimore years…


I meant for some time to post a link to the best article covering the recent 'controversy' stirred by Dasha Zhukova (Russian contemporary art collector and gallerist). And so here it is:
http://www.theguardian.com/artanddesign/jonathanjonesblog/2014/jan/21/racist-chair-bjarne-melgaard-dasha-zhukova?CMP=twt_gu

I can't add much to the above. Only that it is one of the examples why The Guardian is in the league of its own when it comes to covering art. 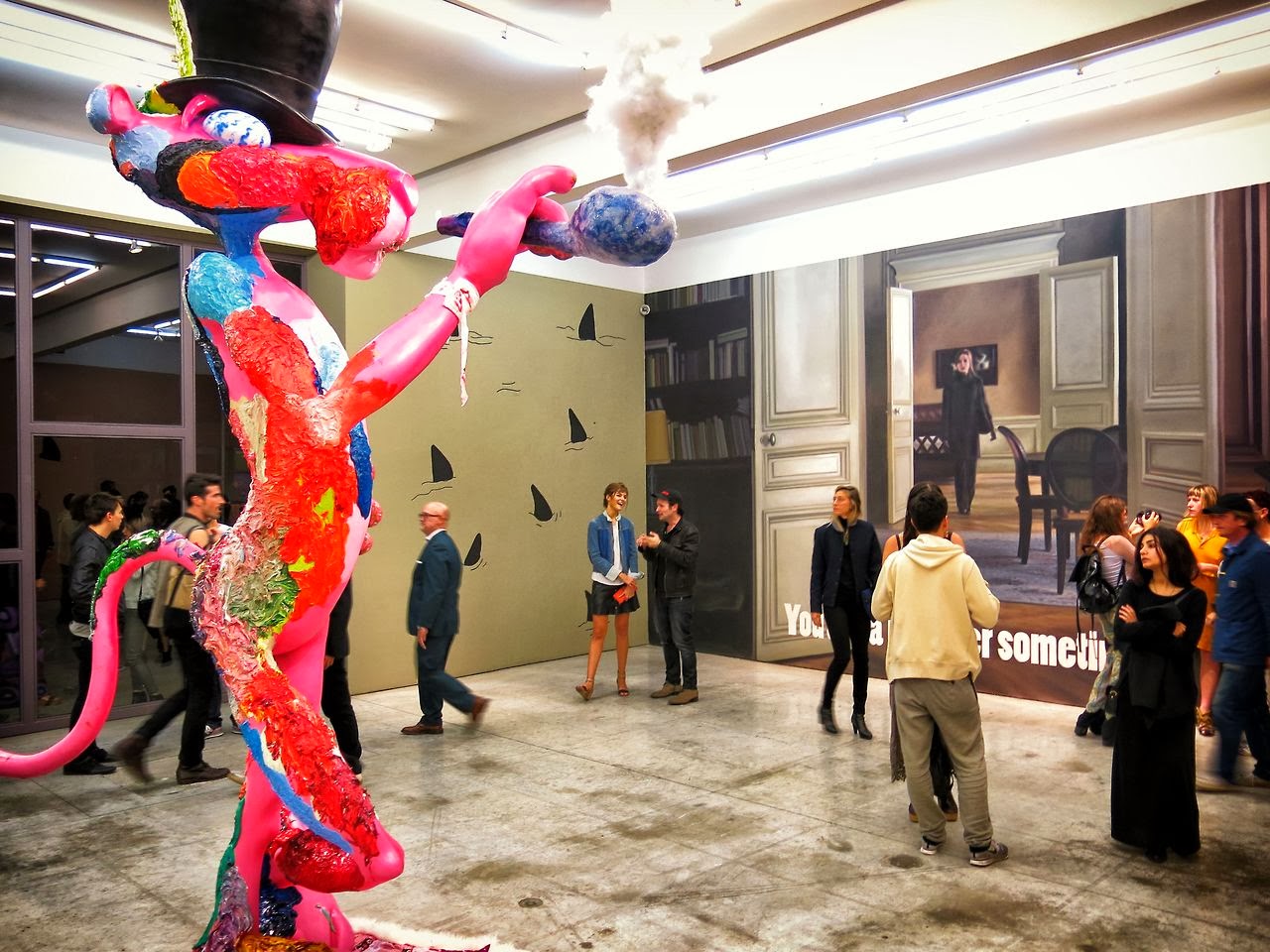 And his entry at Lyon Biennale in 2012 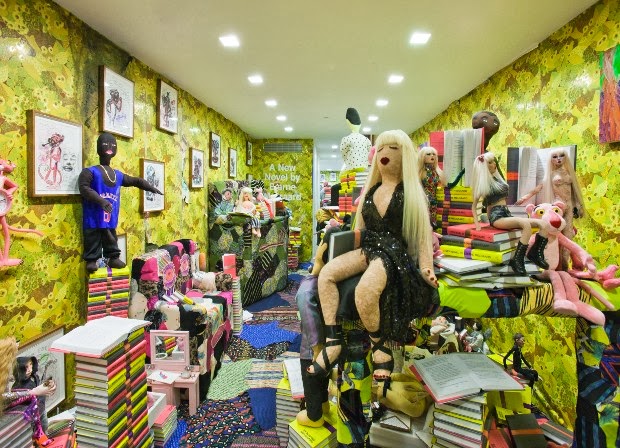 I find his work interesting, albeit inconsistent… which is common with 'shock art' in general…

But I also find the PC Brigade censorship-happy means for promoting what often are noble ideas before the PC Brigade gets to them to be damaging to liberty and freedom, including the basic freedom of expression. There is art and then there is politics and ideology - keep the latter two from the former, especially if you want to keep politicians out of your private lives in general. You cannot be a consistent rights advocate and yet deny the rights of artistic expression. Taste, messages etc do not enter into this consideration. So go ahead and have a good debate as to whether Melgaard's work is art or not. Have a hissy fit about whether it is tasteful or not. But don't overreach out into confusing aesthetics with ethics - it is none of your's business. It is artists and her's/his alone.


A very interesting non-technical essay about the work of Jeremy England (MIT, Physics) on the capacity of organic carbon compounds to capture energy more efficiently than inorganic carbon.
https://www.simonsfoundation.org/quanta/20140122-a-new-physics-theory-of-life/

The crux of this is that "“You start with a random clump of atoms, and if you shine light on it for long enough, it should not be so surprising that you get a plant,” England said.

England’s theory is meant to underlie, rather than replace, Darwin’s theory of evolution by natural selection, which provides a powerful description of life at the level of genes and populations. “I am certainly not saying that Darwinian ideas are wrong,” he explained. “On the contrary, I am just saying that from the perspective of the physics, you might call Darwinian evolution a special case of a more general phenomenon.”"

Apparently, according to people much better suited to read through England's physics: "The “big hope” is that he has identified the underlying physical principle driving the origin and evolution of life".

And as if the season of Big Ideas is upon us, Stephen Hawkins is back in the news with another ground-breaking paper… this time around rejecting his own previous work...
http://www.nature.com/news/stephen-hawking-there-are-no-black-holes-1.14583


Event horizons exist in life too. And just as, apparently, in physics of the black holes, they are not all that inescapable... One good example is death. Usually that puts an end to the inflow of work from an artist or a scientist. But occasionally, there is gravity-defying quality to artist's or scientist's thought and work and the event horizon is just not powerful enough…

One near-example is a long-forgotten and rarely published interview with Vladimir Nabokov or rather not an interview, a Q&A:
http://www.brainpickings.org/index.php/2013/01/18/vladimir-nabokov-james-mossman-interview/
Recorded in 1969, published first in 1973 and, as far as I am aware, not published too frequently since… Nabokov, of course, has breached the event horizon very formally not long ago, with publication of The Original of Laura (http://www.amazon.com/Original-Laura-Vladimir-Nabokov/dp/030747285X).

But the latest event horizon breach record obviously goes to J.D. Salinger. The man has reached out of the grave over the last 12 months on a number of occasions. The most recent one is acquisition by the University of Texas of 21 previously unpublished letters by the writer: http://blog.chron.com/bookish/2014/01/ut-acquires-21-previously-unpublished-letters-by-j-d-salinger/ and more here: http://www.torontosun.com/2014/01/18/jd-salinger-laments-famous-status-in-personal-letters

And last year we had a public release of Salinger's will concerning the forthcoming publication of his last five books between 2015 and 2020.


Oh, and speaking of Baltimore, the good old BMA - renovated and reopened - is hosting a small, but very interesting exhibition of 25 works by Morris Louis - the leading figure of New York School-affiliated group of artists, known as  the Washington Color School. Louis, who was born, raised and educated in Baltimore and worked primarily in Washington D.C. is rarely shown outside the individual pieces in major collections or as a part of larger period-linked exhibitions. Yet he is one of the majors in the American art and in the 20th century Art History overall. 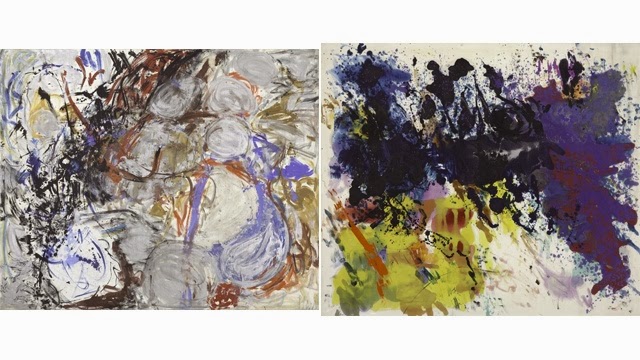 as well as the 'iconic' Dalet Beth 'veil' painting: 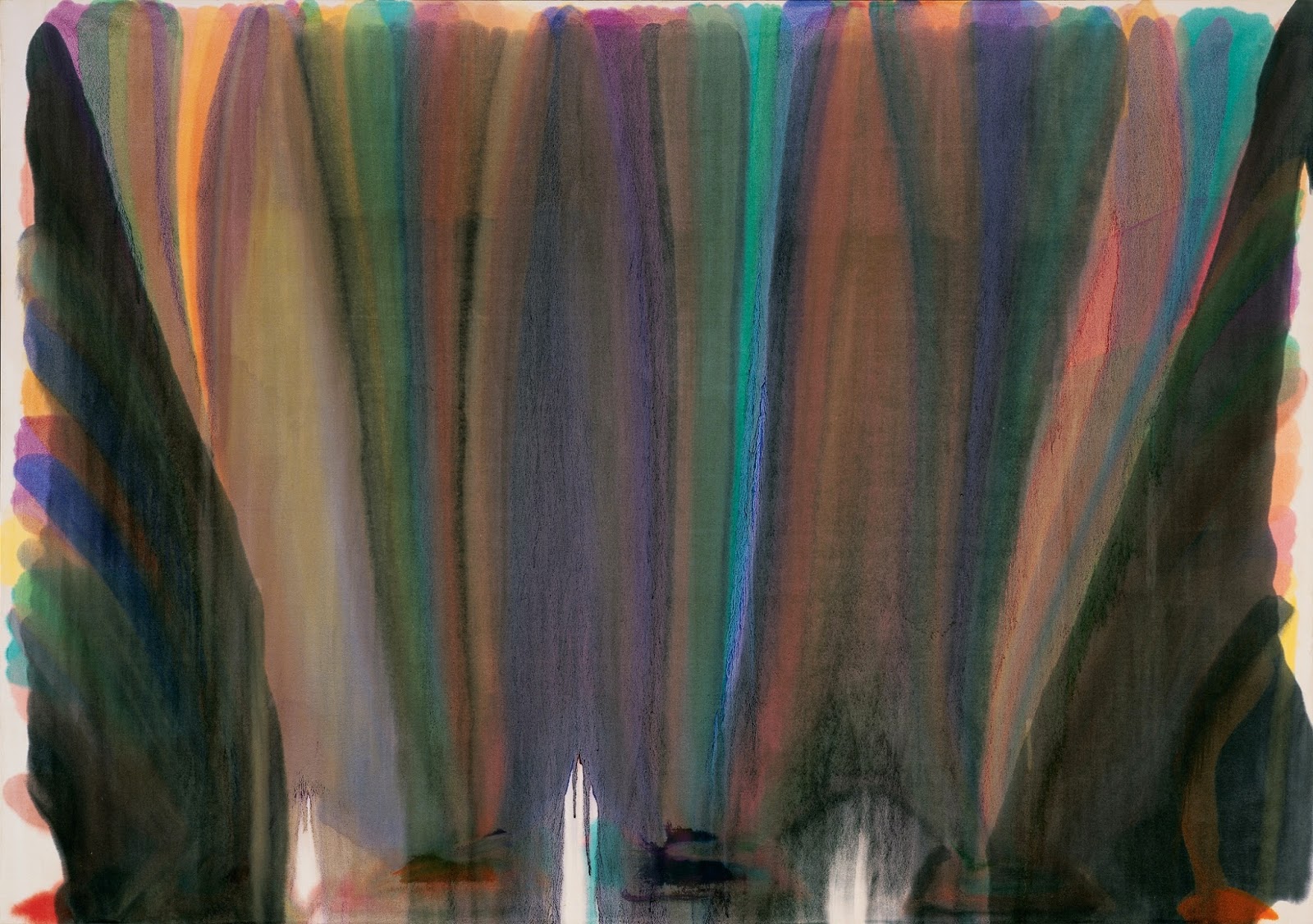 Here is his page at the MoMA collection: http://www.moma.org/collection/artist.php?artist_id=3607
Posted by TrueEconomics at 5:04 PM