Live Register was out today for January with some positive news. The headline figure shows a seasonally adjusted decline in LR of 6,900. Unadjusted, LR rose 5,598 over the same month. It's hard to argue just how accurate are seasonality adjustments off the trend line, but let's stick to seasonal figures, so we can at least feel somewhat better about our predicament.

Charts below shows the slight decline in LR-implied rate of unemployment and the drop in LR itself: 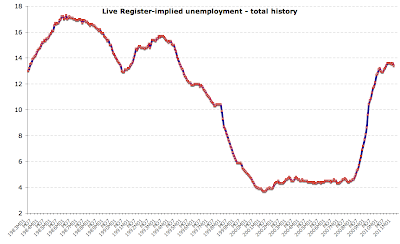 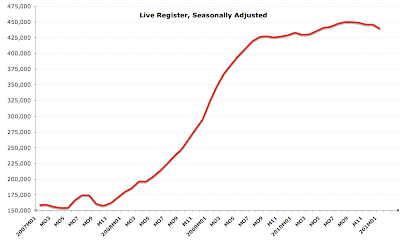 Average weekly dynamics are looking pretty strong (in part, these are due to 4 weeks month - December, for example covered 5 weeks): 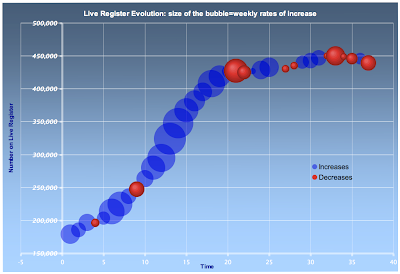 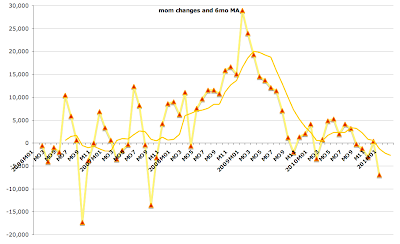 These are all headlines so far. Now, let's dig a little deeper: 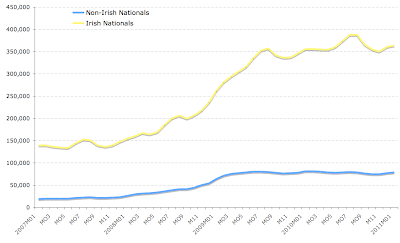 Another alarm bell is ringing for the increasing number of those in part-time and occasional employment (presumably not all happy to undertake less than full employment). This number rose from 82,058 in December 2010 to 83,232 in January 2011, with monthly increase of 1.43% and a year on year rise of 8.29%.
Posted by TrueEconomics at 9:47 PM