Boom times arrive in Irish manufacturing - according to the latest NCB Manufacturing PMI for Ireland.

Here are the updated charts and my commentary: 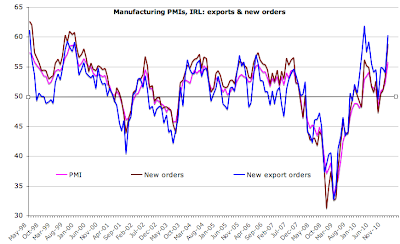 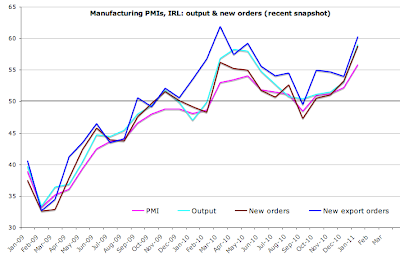 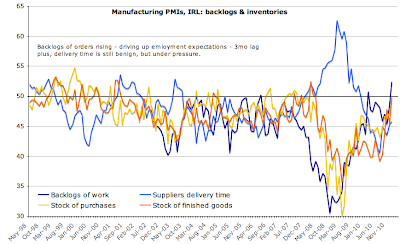 Again, good performance with all signlas going in the right direction here. 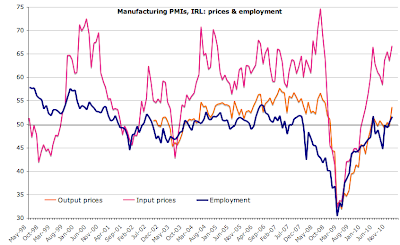 Employment index is now for the second month running showing expansion, which is good news. Bad news - employment index is still relatively weak. But this is the first two-months consecutive expansion signal we had since October-November 2007.

Let's take a look at employment figures a bit closer: 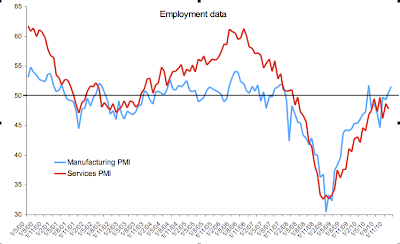 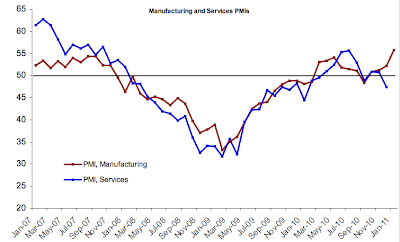 You can see the divergence between services and manufacturing PMIs in both core PMIs and employment index.

So mapping the recovery: 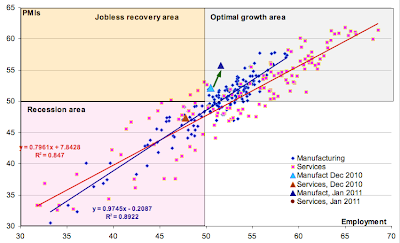 Right move, in right direction for manufacturing. Let's hope services surprise on the positive side as well...

It is worth remembering that:

Posted by TrueEconomics at 10:37 AM