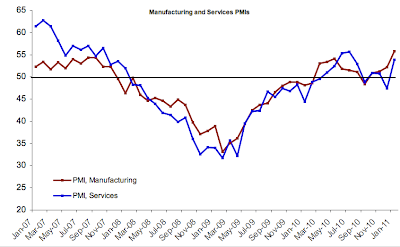 Or over the entire series history: 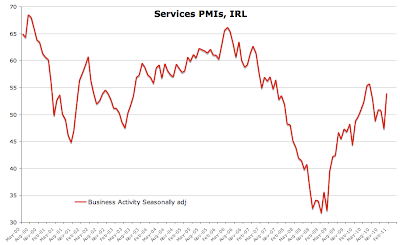 And a more recent snapshot with the core driver of increase: 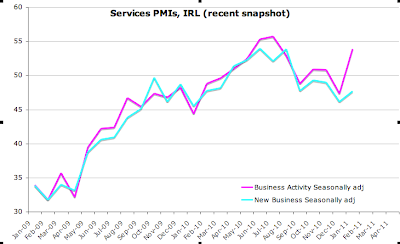 New business orders have actually fallen in January, with a reading of just 47.7, marking 5th consecutive month of declines. 12-months average was 50.0 but Q1 2010 reading average was 47.1, so realistically speaking, the latest reading is not an improvement.

Historically, you can see where we are from here: 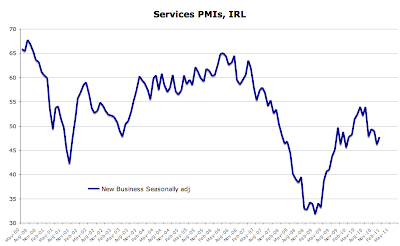 Other sub-components showed weaknesses, with exports orders being trend breakers and the driver of the positive improvement in overall PMI reading: 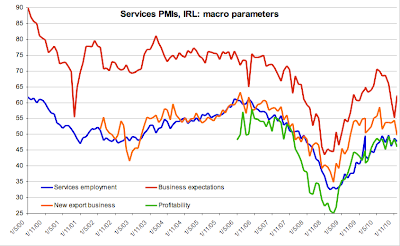 Hence:, quoting from the NCB report: 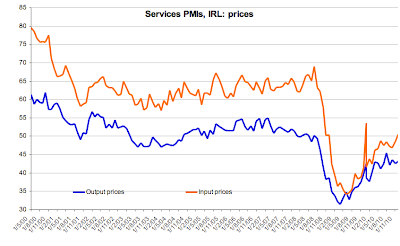 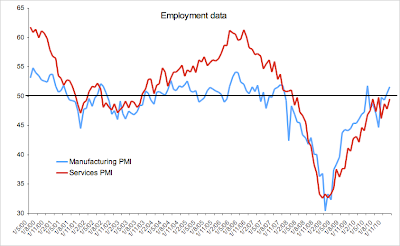 So on the net Services have jumped into expansion zone, but the recovery at the very best is jobless and volatility of the series implies that it will take several months of continued robust improvements in index sub-components to provide comfort in the sector improvements overall: 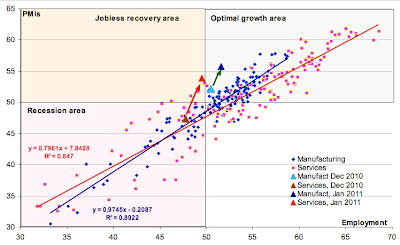 Posted by TrueEconomics at 7:47 AM