SUMMARY So per latest reports, the nation is saved. Facing a systemic deficit of €14bn per annum, the leaders of the Social Partnership have been contemplating a dramatic reduction in the cost of Government business. The dramatic news from the Government buildings, suggested a pay cut for public sector workers of 5% gross, or less than 3% net, delivering something to the tune of €836mln in gross savings (as claimed by the unions). Which, of course, will be clawed back to less than €600mln through automatic stabilizers (taxes on earnings paid through taxes and so on - per reported estimates by the DofF). For a moment, it all looked like our Taoiseach Brian Cowen reigned over the business-as-usual at the Partnership Table.

Credit for derailing this 'savings' deal goes to the public outcry, the media, a handful of backbenchers, the Department of Finance and also to Brian Lenihan - all of whom have managed to restore our policy back to senses. The numbers bandied around by the unions' heads were simply not adding up. 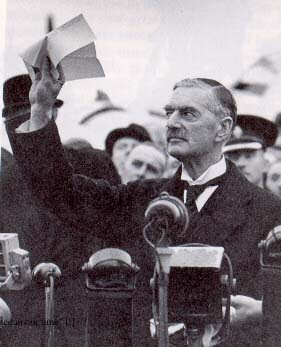 As one fellow economist described the 'New Deal' to me: “a Dora the Explorer bandaid on a shark bite”. Optimist he is – more like a prehistoric shark bite, judging by its gaping size.

Now recall, Brian Lenihan has promised three things to the nation and the EU:
As long as the talks with the Partners are dragging on, this is becoming an impossible trinity of policy objectives. Will Joseph Brodsky's ending for his Elegy serve as a perfect descriptor of the Government's real legacy in the history of Ireland?
... And it says on the plinth
'commander in chief'. But it reads 'in grief', or 'in brief'
or 'in going under'.


Oh, and one last thingy - if you think that €600mln in 'savings' ever had a chance of materialising, think of public sector workers taking a 14-day holiday who will have an option to do agency work to replace their own jobs... earning a nice tidy premium...

Posted by TrueEconomics at 7:57 PM

now now
not fair. NEville had a long and reasonably glorious career behind him . he was a successful businessman and entered politics late. The only point of similarity with Mr C is that both of them had dads in politics.

While the Environmental Protection Agency EPA issued an awesome piece of paper termed a draft Integrated Pollution Control licence in 2001, it was never implemented by Irish Ispat (Cork shipyard).

How many people in Cork are now dead or have compromised health from the Chromium Six and other toxins?

* Guess who directed the EPA at that time.
* Guess which incineration company has apparently hired that same Director to promote their proposed Waste-To-Toxics factory in Dublin.

I couldn't make this stuff up, and why bother? The sensation of experiencing a biblical flood without a canoe is asphyxiating. What planet do Indo journalists come from? cb
----------------

The Exchequer returns data show income tax receipts €575 million behind targets set by the Government in April and are now almost €1.36 billion behind the April targets.

A spokesman for the Department of Finance described (it) as “a pleasant surprise”.